Age Of Empires Cereal Is A Real Thing, And It Looks Great

The Xbox ANZ team has revealed its next unique creation, and it’s Age of Empires-themed cereal to mark the launch of Age of Empires IV later this week.

The cereal is called WOLOL’Os. The promotion plays off how Age of Empire game CDs used to come included with cereal boxes decades ago. For some people, getting started with Age of Empires and the RTS genre in general stemmed from these types of promotions. 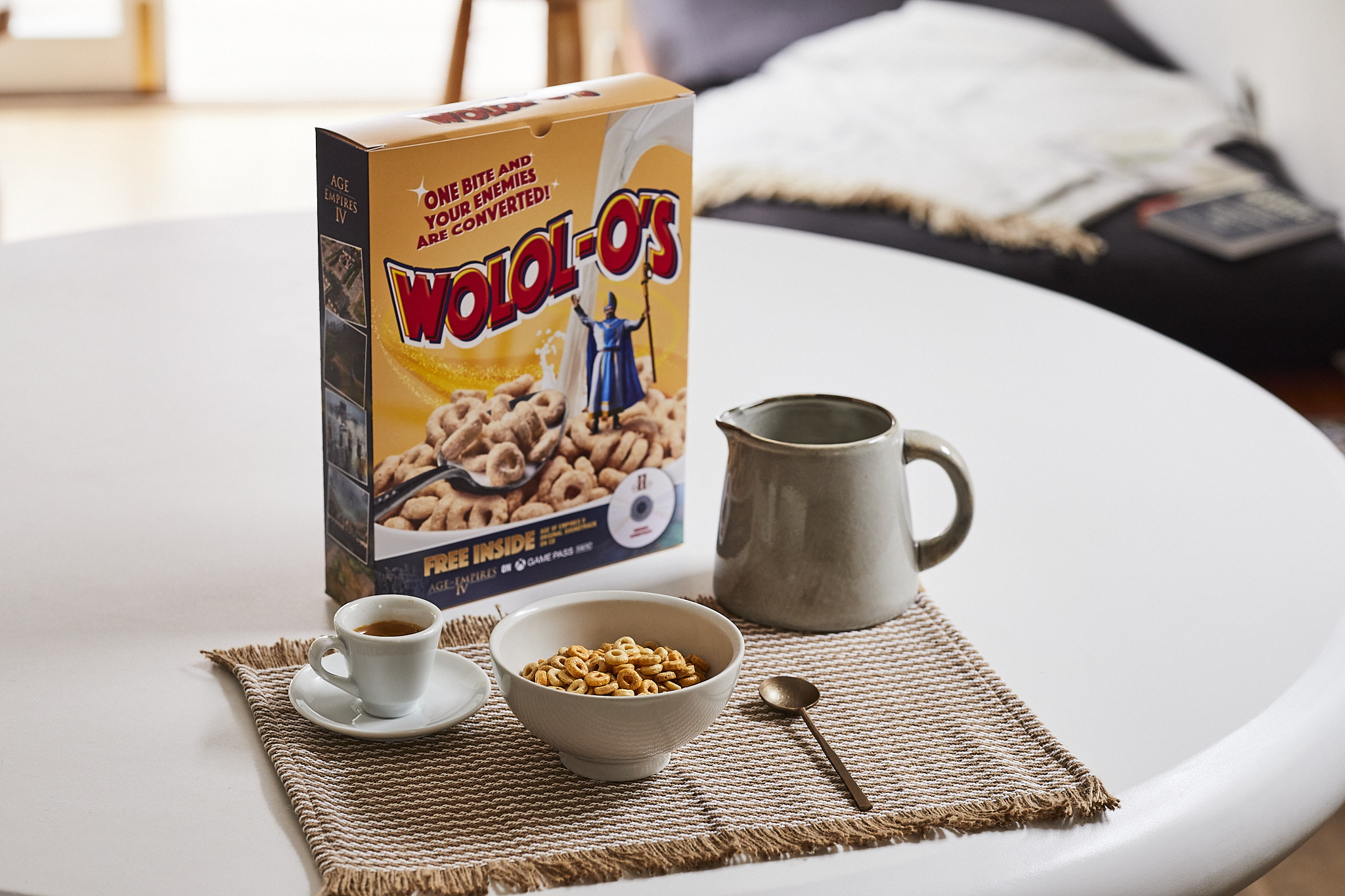 Age of Empires cereal is here

“With the name of the cereal deriving from the battle cry of the priest in the early edition of the game, believe or not, but WOLOL’Os is a real and completely edible cereal,” Microsoft said. “Packed full of goodness to help build strong and healthy strategic minds, this cereal is not only a great way to start your day but also a sure way to convert your enemies!”

The WOLOL’Os cereal is not going on sale commercially, but Xbox ANZ is offering some cereal boxes through a giveaway on the Xbox ANZ Facebook page (you need to live in Australia or New Zealand to win). The bundle comes not only with the cereal but also a 12-month Xbox Game Pass subscription and a CD with the Age of Empires II soundtrack.

“We know how popular this promotion was so we thought we would try and recreate a pivotal moment for many gamers. Receiving a CD in a cereal box all those years ago would have been the first gaming moment for many and kick-started a lifelong passion, so with the much-anticipated release of Age of Empires IV, we’re thrilled to be able to have a bit of fun with this throwback,” Xbox ANZ business lead Tania Chee said. “Age of Empires IV is a brilliant game, and we can’t wait for fans to start playing and developing their civilizations.”

This is just the latest nontraditional marketing promotion from Xbox ANZ. The division of Xbox previously took over Queenstown, New Zealand to promote the Series X launch, made a real bonsai tree to promote Ori and the Will of the Wisps, created a suitcase with a built-in Series S and monitor for travel, and developed a greaseproof Xbox controller and body wash. And who could forget the original–the Xbox Onesie.