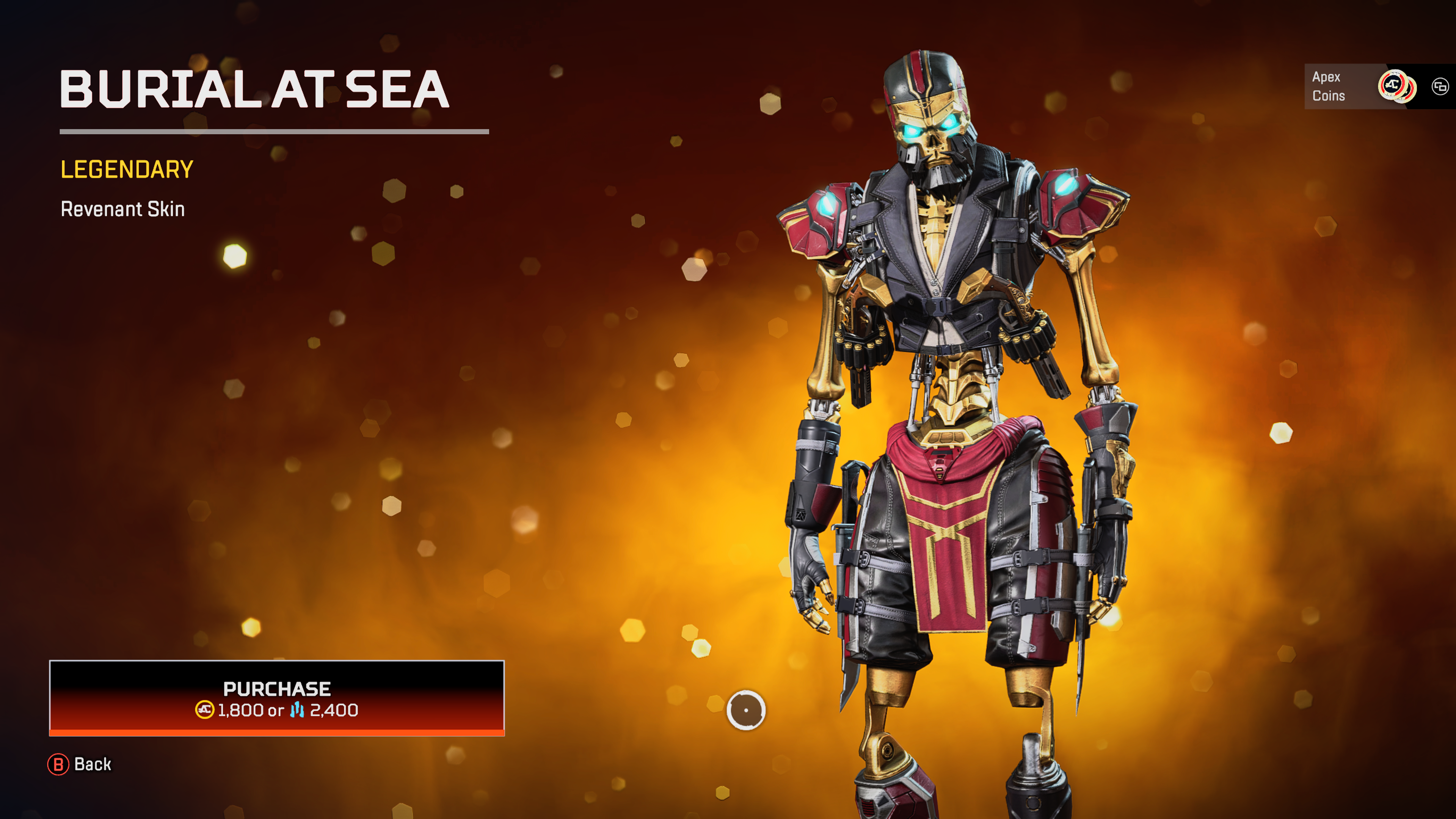 There are plenty of items worth your attention in the Raiders Collection Event, including seven legendary character skins. One of the standouts is Wattson’s Deep Current skin, giving the defender a blue pirate’s coat, longer bangs, and an eye patch. Another is Revenant’s Burial At Sea skin, which features black and red pirate clothing over a golden skeleton, two pistols strapped to his chest, and a black “beard” on his face. Valkyrie also gets a legendary pirate skin with her Cloud Marauder, with the red and cyan colored skin leaning into her Japanese heritage. Pathfinder, Wraith, Bloodhound, and Loba also got legendary skins for the event. 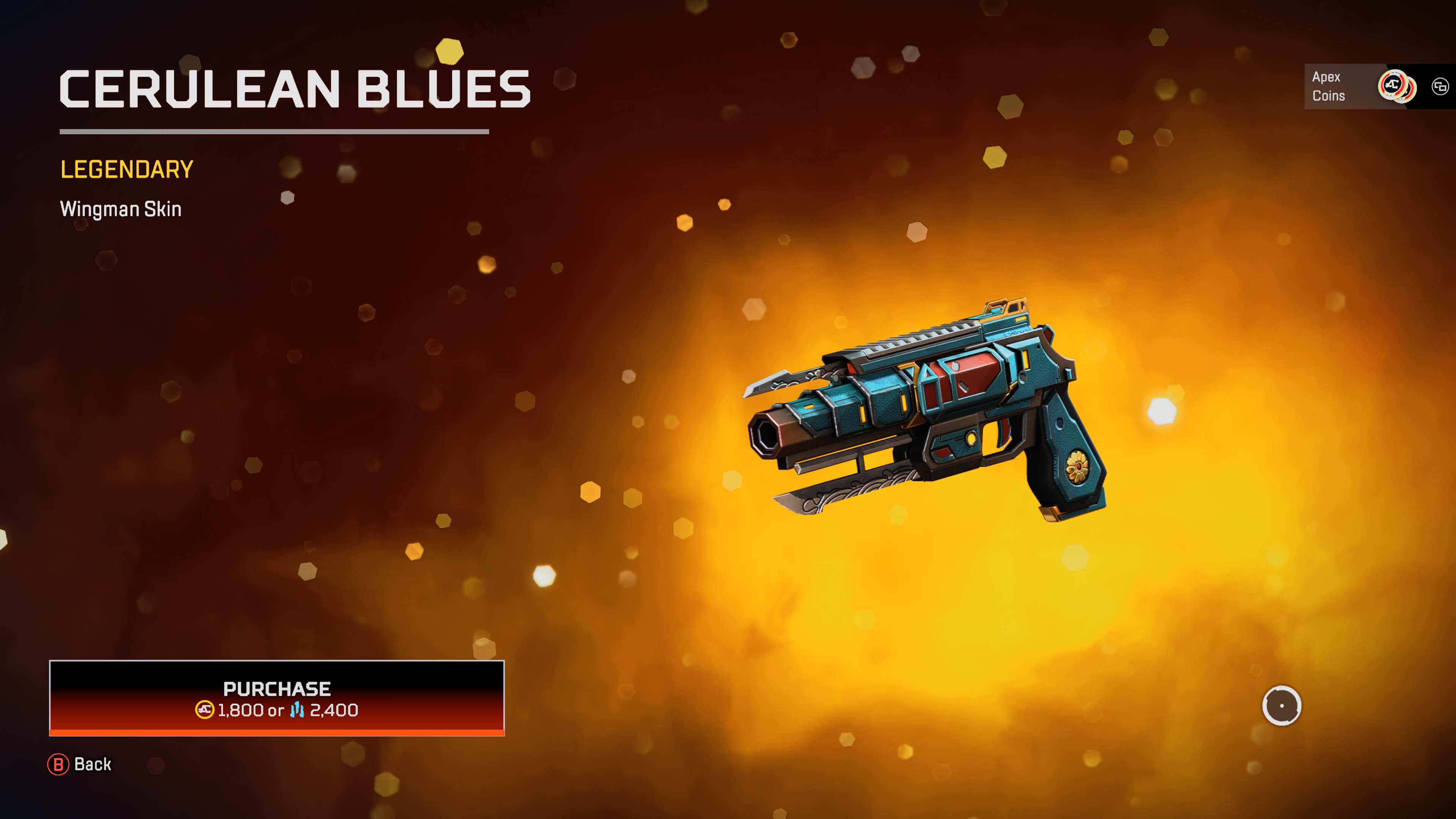 The Raiders Collection Event also includes some cool looking legendary weapon skins. The Cerulean Blues legendary Wingman skin features a similar color scheme to Valkyrie’s skin and changes the appearance to that of a flintlock pistol. The Captain’s Plunder Flatline skin features a gold and brown paint job with a pirate ship steering wheel on the side. Anyone who purchases/crafts all 24 items in the collection event also gets Wattson’s Heirloom Pack, which includes her Energy Reader heirloom, as well as a pun-focused intro quip and cute banner pose for the static defender. 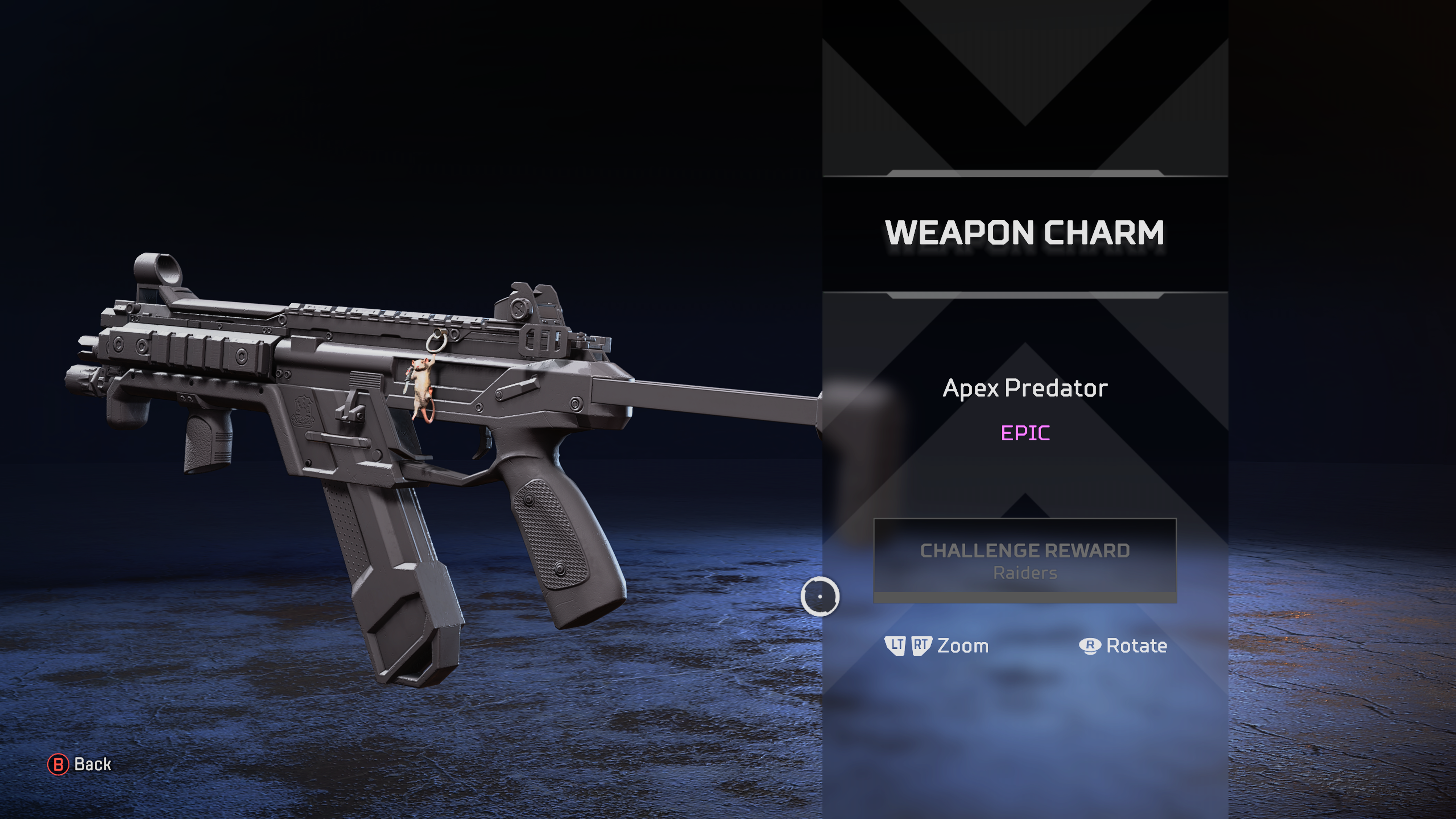 The Raiders Collection Event also brings back the Winter Express limited-time mode along with some balance changes, which are detailed in the full patch notes.