Call Of Duty: Vanguard – Everything We Know

Call of Duty: Vanguard has finally been revealed as a World War II-based first-person shooter. The game is expected to be a juggernaut this holiday season and it is predicted to be the best-selling game of 2021.

Vanguard is developer Sledgehammer Games’ second title that takes place during WWII, however this game is leaning on Call of Duty: Modern Warfare in more ways than one. Vanguard will be running on an updated version of the Modern Warfare engine–which Warzone also runs on–and the campaign will focus on the early iterations of special forces. The campaign follows four different characters, each fighting in battles where a small group or single person turned the tide.

The announcement and trailers have revealed a ton of new information about Call of Duty: Vanguard.

The reveal trailer for Vanguard shows off the four areas where the campaign will take place: North Africa, the Eastern Front, the Western Front, and the Pacific. The trailer also offered glimpses of the four main characters you will be playing as on each front.

The four main characters are:

Activision teased that there would be more campaign footage shown off sometime next week, possibly during Gamescom.

Vanguard got its full reveal with an in-game event for Call of Duty: Warzone. The event, which led into the reveal trailer, involved a cooperative mission to take down a train.

Call of Duty: Vanguard is releasing on Xbox One, Xbox Series X|S, PS4, PS5, and PC on November 5. Vanguard will also have a beta sometime prior to release, although Activision has not yet announced specifics.

How Do I Preorder?

Call of Duty: Vanguard is now available for preorder both physically and digitally across all platforms. There are three editions of the game available, each containing different bonuses. The standard version costs $60 USD and is available on Xbox One, PS4, and PC.

All three versions feature preorder bonuses, including access to the multiplayer beta. The other pre-order bonuses, which appear to be exclusive to the digital versions of Vanguard, are the Frontline Weapons Pack, Mastercraft Blueprint for Black Ops Cold War and Warzone, and Operator Arthur Kingsley in Cold War and Warzone. For more information, check out our Call of Duty: Vanguard preorder guide.

Call of Duty: Vanguard is being primarily developed by Sledgehammer Games, the lead developer on Call of Duty: WWII. A number of other Activision Blizzard studios are also assisting with the development of Vanguard. Treyarch, Beenox, Raven, and High Moon Studios are all confirmed to be assisting.

While most of the other studios are assisting in unspecified ways, Treyarch is confirmed to be working on a Zombies mode for Vanguard that will serve as a prequel story to the one told in Black Ops Cold War. 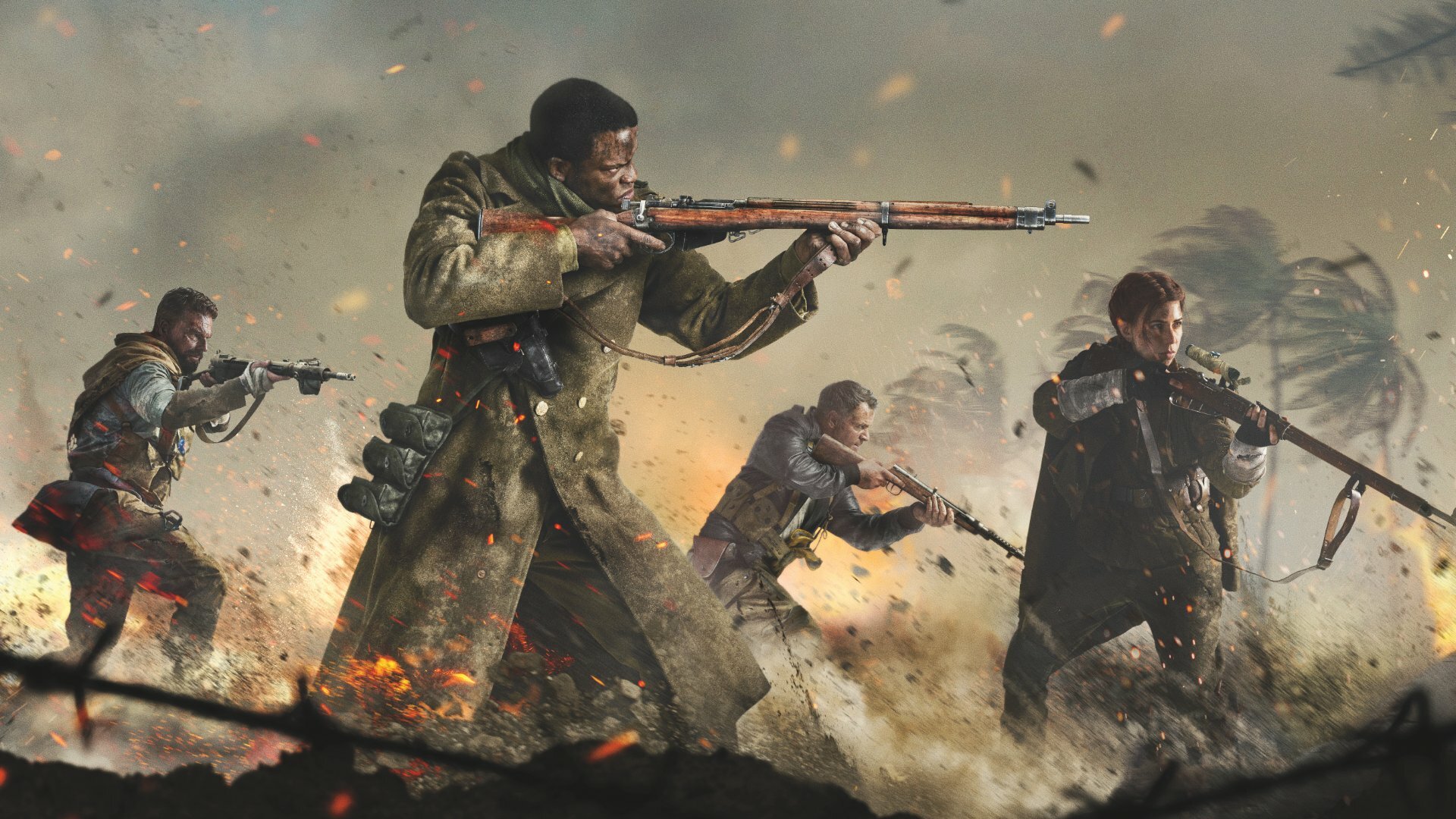 The multiplayer for Call of Duty: Vanguard seems poised to come out of the gate swinging. While no multiplayer gameplay has been revealed, it has been announced that Vanguard will launch with 20 multiplayer maps; 16 for core multiplayer and 4 for the new Champion Hill mode.

The Champion Hill mode is described as “the next generation” of the 2v2 Gunfight mode in both Modern Warfare and Black Ops Cold War. It sounds like Champion Hill will feature eight teams of two, all fighting in head-to-head matchups until one team is declared the Champions. Vanguard will also share battle pass and season-level progression with Modern Warfare, Black Ops Cold War, and Warzone.

Sledgehammer also said it will have three multiplayer archetypes that will all have different play styles. The more “tactical” modes will be slower, more methodical modes where players will need to make every bullet count. “Blitz” game modes will put as many players as possible into a single match, creating chaotic matches that are fast-paced. The game will also feature the more “standard” modes Call of Duty players have come to expect from the series.

Zombies mode is returning in Call of Duty: Vanguard and will be developed by Treyarch, the studio behind the Black Ops games. Very little has been announced about Vanguard’s Zombies, except that it will be in the same universe as Black Ops Cold War’s Zombies, serving as a prequel to the storyline. Activision has said that it plans to share a detailed preview “as All Hallows Eve approaches.” In other words, we’ll hear more around October 31, aka Halloween.

The Vanguard campaign is split between four battlefronts and characters, all working towards discovering what “Project Phoenix” is. Each character is from a different country, fighting to turn the tides of war in different areas of the world before coming together for a joint mission in Berlin. The campaign makes some changes from Sledgehammer’s last outing, Call of Duty WWII, like removing health packs in favor of regenerating health.

The campaign is meant for players to feel like hammers, using fully automatic weapons and force to take down their enemies. In GameSpot’s preview of Vanguard, we were shown an early mission featuring Sgt. Arthur Kingsley, one of the playable characters and eventual squad leader. The mission follows Kingsley during Operation Tonga, where soldiers parachuted into Normandy the night before D-Day. Kingsley has a rough landing and loses his rifle, forcing him to sneak around German soldiers before he finds a weapon. After that was a mixture of some stealth gameplay mixed with close-range combat, where Kinglsey needed to defend himself from being overwhelmed by enemy forces.

Activision has teased that it will show more campaign footage next week, possibly during the all-digital Gamescom.

A brand-new Call of Duty game also means new updates and features are coming to Warzone. Activision has announced that a new map and new anti-cheat system on PC will launch later this year, probably around the release of Vanguard on November 5. The new map will run on the upgraded Modern Warfare engine, the same one used in Call of Duty: Vanguard.

Activision also announced that Warzone, Vanguard, Black Ops Cold War, and Modern Warfare will have a unified progress system and battle pass, meaning players can level in any game and keep that level across games. Activision also said that it will be honoring all prior purchases in Warzone moving forward. This means that items, weapon blueprints, and operators purchased in Vanguard, Black Ops Cold War, or Modern Warfare will all work in Warzone.