Destiny 2 Might Be Bringing Back The Ahamkaras, Its Spookiest Creatures

One of the weirdest and perhaps coolest elements of Destiny lore are the Ahamkara, a strange group of shapeshifting creatures who were hunted to extinction hundreds of years ago. We got a glimpse of Riven, the last Ahamkara, as the boss of the Last Wish raid back in the Forsaken expansion. Now it seems like the Ahamkara are poised to make a comeback, thanks to the machinations of Mara Sov in Destiny 2‘s latest content season, The Season of the Lost.

If that all sounds confusing, allow me to catch you up really quickly. So the universe of Destiny 2 is predicated on some strange forces called Paracausal Energy. That’s the “Light” and the “Darkness” that give player Guardians their space magic superpowers, emanating from the god-like entities known as the Traveler and the pyramid ships that make up the Black Fleet. But Guardians are not the only paracausal entities hanging out in the solar system–there used to be creatures called Ahamkara that seemed to be able to bend reality to their will, as long as they followed certain rules.

Essentially, Ahamkara were like evil genies. Sentient, shape-shifting creatures, they would grant wishes and apparently feed on the difference between the universe as it exists and could exist (yes, it’s weird, but essentially: they feed on granting wishes). Ahamkara were also tough to deal with–they would often twist wishes into something dark and unexpected, leading a whole lot of Guardians (and other folks in the solar system) to their deaths. Some almost seemed parasitic in nature, while others would strike deals with people to grant their wishes. With their weird, misunderstood paracausal powers, the Ahamkara could literally reshape reality, but only, it seems, if someone wished it. And the Ahamkara were free to interpret the wishes in whatever way would advantage them the most.

There were enough of these creatures around that they were a problem, but not so many that they were common. Eventually, the Vanguard worked together with Mara Sov and the Awoken of the Reef to put on what they called the Great Hunt. The goal was to drive the Ahamkara extinct for the good of everybody else.

Mara took part in the Great Hunt, but she didn’t let anyone know that she personally had an Ahamkara of her own: Riven. With Riven’s wish-granting help, Mara created the Dreaming City and her own throne world in the Ascendant Realm, giving her the same power of immortality enjoyed by the strongest of the Hive. So the Great Hunt ended with, seemingly, all the Ahamkara dead, except for the one Mara controlled.

Things stayed that way until the Forsaken campaign, when we caught up with Riven in the Dreaming City. The Ahamkara had been “taken” by the Hive god Oryx, the Taken King, back in Destiny 1 (although that happened off-screen). Oryx’s power to “take” creatures robbed them of their will and made them his servants, but Riven had managed to scheme out of being completely controlled by the Hive god. When Oryx showed up to use his power to take Riven, she instead tricked him into wishing to take her. So instead of using his own power, Oryx used Riven’s, which allowed her to maintain her free will. After Oryx died, Savathun contacted Riven and convinced the Ahamkara to join forces with her, and that’s what the Last Wish raid is all about. 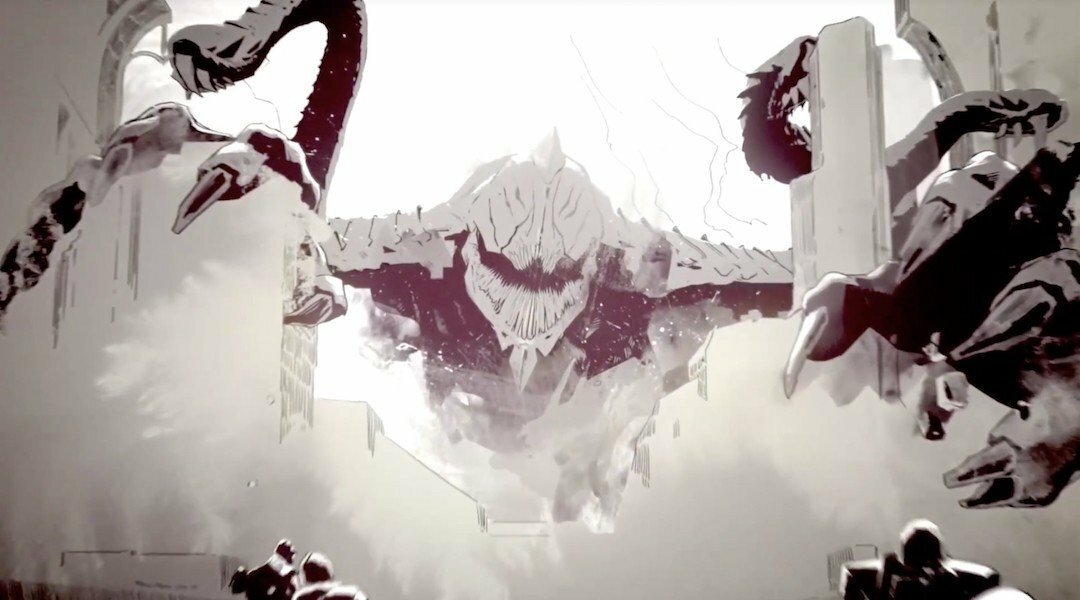 So in Last Wish, we killed Riven (but Ahamkara have a weird relationship with death and don’t ever actually seem to be completely dead–another thing we don’t really understand) and cleansed her heart of Taken corruption. At the time, Mara Sov’s techeuns, the special witches that helped her control Riven and do all the other cool stuff she does, said that cleansing Riven was part of Mara’s plans for later. Those plans seem to be coming together now.

Okay, so Riven’s heart is in the mix, and this week, players discovered in Mara’s chamber that there’s a hidden Ahamkara egg off in a corner. This is interesting, because while we were marauding around the Dreaming City in Forsaken, we destroyed a whole ton of Ahamkara eggs. Again, it seems that all the Ahamkara are dead, except one that Mara has stashed away somewhere.

We’re caught back up to the present, where the events of the Season of the Lost are just starting to unfold. Mara has agreed to help Savathun get rid of her worm, which would free her from being all evil with the Hive all the time. That would also take away Savathun’s powers of Darkness and, in theory, her immortality, giving Mara a chance to kill her. The plan this season is to find and save some missing techeuns so they can enact this plan.

Except there are some lingering issues from Forsaken and the Dreaming City that need to be dealt with, and that Ahamkara egg is one of them. Another is the Wall of Wishes, a machine Mara and the techeuns created specifically so Mara could use Riven to make wishes without them getting all twisted. The Wall of Wishes is like a giant combination lock, and putting in the right combos allowed you to do things like skip parts of the Last Wish raid. The game implied there were 15 such combinations, but only 14 were ever found.

So if you’re following, this season has us 1) reuniting Mara and her techeuns, who 2) helped us kill and cleanse Riven, and 3) built the Wall of Wishes to effectively use Ahamkara, while 4) Mara still has an Ahamkara egg chilling out in her chambers. YouTube channel Myelin Games has a solid rundown of the whole situation.

It sure sounds like we’re going to find out what that final wish is this season, and that it’s not only going to be integral to Mara’s plan, but also, possibly, return control of at least one Ahamkara to her. This is the kind of move we can expect from Mara, who’s a lot like Savathun–she’s always thinking about growing and consolidating power, and she has schemes in place to benefit herself and the Awoken even when she seems to be helping others or meeting their demands.

The reason we’re going through all of this, though, is because it might be providing us a look down the road in Destiny 2. Up until now, Ahamkara have been almost purely stories. There’s a bunch of lore about the Great Hunt and the various ways that Ahamkara tricked hapless Guardians into getting eaten or being imprisoned in the Vault of Glass for eternity, but we’ve only ever seen one Ahamkara: Riven. We’ve also never encountered Ahmakara out in the solar system, free to do whatever they want. They’re a fascinating aspect of the game that mostly only exists in the game’s past.

But we’re also rapidly approaching the end of the current story arc of Destiny 2, what Bungie calls the Light and Darkness Saga. The next expansion, The Witch Queen, is going to deal directly with whatever Mara’s plans are in the Season of the Lost, and we know that’s going to go poorly in at least some respects, with the Hive gaining the power of the Light to create their own Guardians. We also know that the expansion after that one is called “Lightfall,” the implications of which are obvious. The one after that is known as “The Final Shape,” which is a lore callback to the philosophies of the Hive and the Darkness about killing off all weaker life in the universe so that only the absolute strongest life possible remains. The implications of what we’ll be dealing with in that expansion also seem pretty self-evident.

If the Light and Darkness Saga ends, though, what will Destiny be like? One assumes there will still have to be things like paracausal energy, since that force is what basically explains the video game part of Destiny 2–how you come back to life whenever you die, and how you get to do cool things like shoot black holes at people or turn yourself into a lightning missile. But the end of the saga implies the end of the war between the Light and the Darkness, and that certainly suggests that one or both forces ought to be gone. 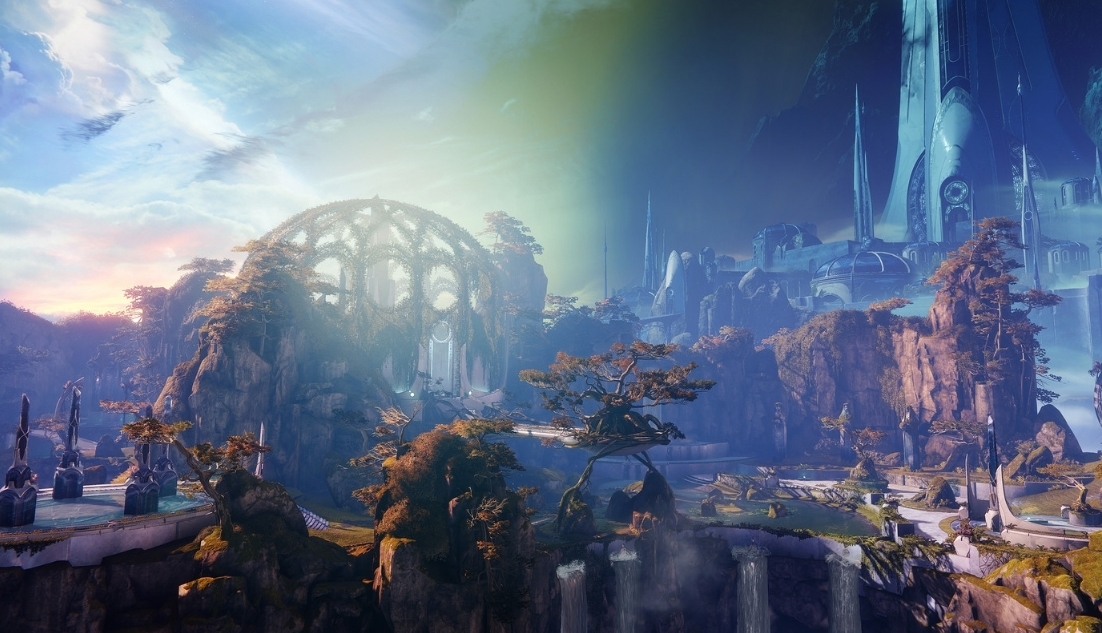 My sneaking suspicion right now is that the end of the saga will mean the end of the gods–the Traveler and the Black Fleet–but not necessarily their influence. Paracausal energy seems pretty essential to what Destiny is, so how do you keep those forces in the game without their sources? My thinking is that while the Traveler and the Black Fleet might meet their ends, we’ll see paracausal energy scattered throughout the solar system in different ways, and into smaller, less godlike creatures. That energy will remain in us, the Guardians, most likely. And it might show up again in Ahamkara.

All this is to say that I think Mara Sov’s endgame involves restoring the Ahamkara, and that this could be the planting of a seed for Destiny’s future. A post-Light, post-Darkness Destiny 2 world would be a perfect setting to see the return of the wish-granting shapeshifting monsters that trick you into letting your greatest desire slip, so they can eat your longing before killing you. If we need new horrifying creatures to fight, a bunch of walking monkey’s paws with reality bending magic would be some great ones.