Destiny 2’s Vault Of Glass Raid Launches On May 22

The Vault of Glass raid will hit Destiny 2 at 10 AM PT / 1 PM ET on Saturday, May 22. The raid, which Bungie has teased since last year, is a revamped version of the first one ever released in the original Destiny. However, its addition to Destiny 2 will likely come some new elements–including the day one “Contest Mode” that has become standard for Destiny 2 raids.

Bungie announced the exact release for the Vault of Glass on its This Week at Bungie blog. It also detailed what Power level players can expect to be when they take on the raid on the first day. All encounters in the Vault of Glass will be locked at 1300 Power, so players need to be at least that strong to take on the raid in its first 24 hours. Raising your characters’ Power any higher than that, however, won’t help you until Contest Mode ends on May 23.

If you’re not familiar, Contest Mode equalizes the playing field for new raids during their first 24 hours, as players race to be the first in the world to clear the new activity. The mode locks everyone’s Power at a certain level–in this case, 1300–so that you don’t get an advantage for having more time to play the game than other people. It also means that the difficulty of the raid is the same for everyone for that first day. Once Contest Mode ends, normal level rules apply, so the higher your numbers, the stronger you are.

However, since the Vault of Glass is a revamped version of a returning raid, the race for world’s first clear will be a little different than in years past. With most Destiny 2 raids, figuring out what to do is a big part of the experience–players not only have to survive the very tough activity, they have to figure out how to defeat its enemies and puzzle their way through its environs, and all of that takes a lot of effort and attention. There are no hints for the first run on a raid, which is part of why raids on day one often take hours upon hours to complete.

For Vault of Glass, players will likely mostly be familiar with its ins and outs from the days of the original Destiny. To counter that, there’s an additional step for world’s first racers to tackle. First, they’ll need to complete the raid within the first 24 hours, which will open up a new “Challenge Mode” they’ll have to clear, also within the first 24 hours. Here’s how Bungie detailed it in the blog post:

As always, the first team in the world to clear the raid–and in this case, beat the Challenge Mode–will receive a custom championship belt. 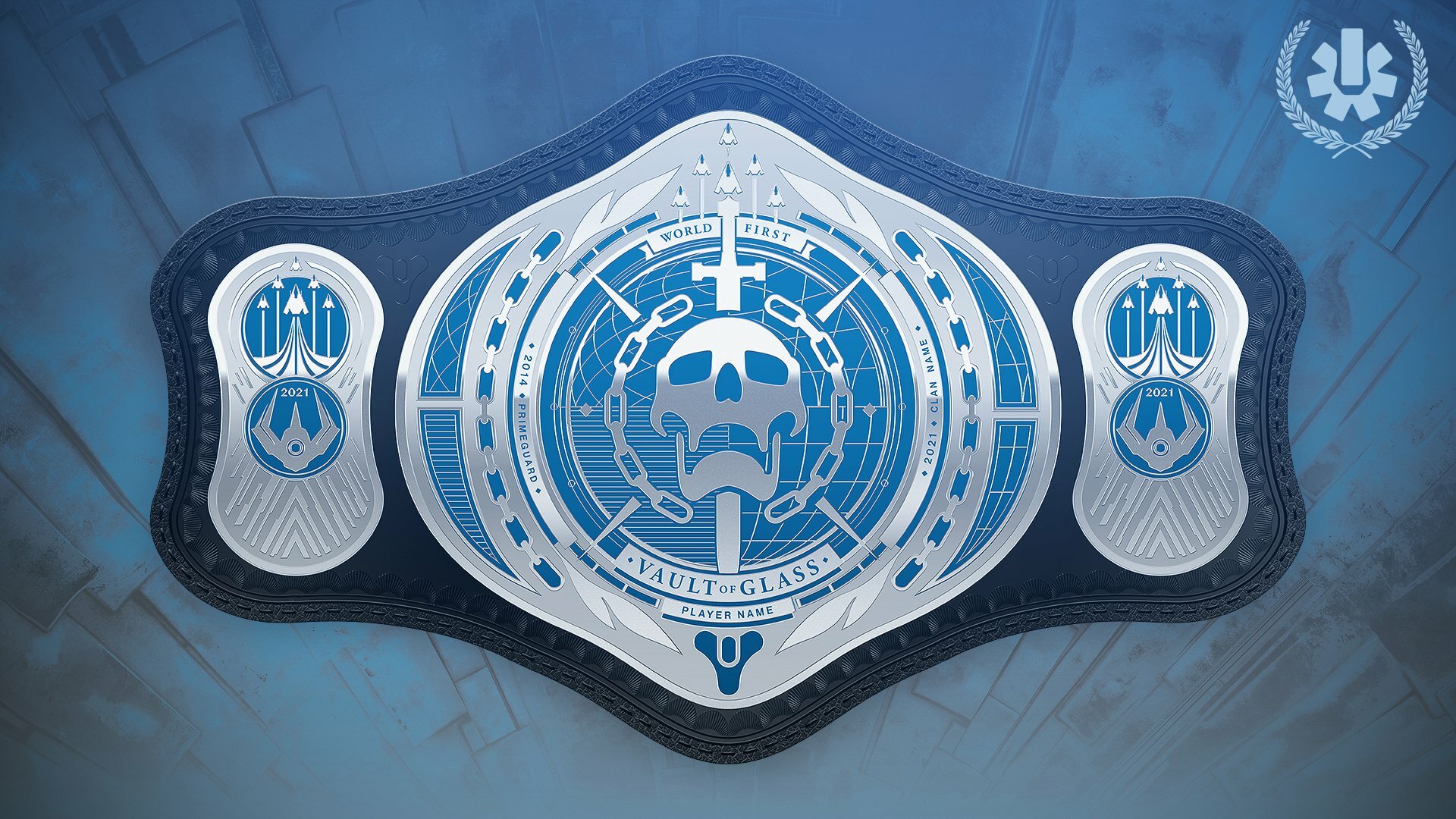 The TWAB also detailed a host of changes Bungie is planning for different weapons in the upcoming new Destiny 2 season, which kicks off on May 11. Expect a lot of mostly incremental balance changes to a variety of weapons and their perks in the new season as Bungie addresses some issues and tries to make more weapons viable in more situations. Those adjustments include increasing linear fusion ammo reserves and precision damage, slightly increasing the precision damage of Precision frame auto rifles, and an increase in damage falloff for fusion rifles.

Other changes include making perks such as Dragonfly easier to activate and Unrelenting, which is largely ignored by many players right now, more powerful. Bungie is also looking to make other overlooked perks, like No Distractions, work a little better, which should make more rolls of different guns a little more appealing. A lot of those changes are fairly small, but they will likely affect how a variety of guns feel in combat in the new season. The blog post also details a few potential changes that might come later, such as tweaks to shotguns and fusion rifles, and some adjustment to this season’s excellent Exotic scout rifle, Dead Man’s Tale. Check out the full details in on Bungie’s blog.