EggNut’s retro-style adventure game Backbone has been in the making for some time. In the vein of games like Full Throttle or Beneath a Steel Sky, Backbone is about immersing yourself in its unique, pixel art-powered world filled with characters that have ties to a sprawling mystery. In 2019, EggNut released the opening prologue for free on Steam, leaving players hanging after a shocking climax involving an exclusive nightclub and a hidden stash of dead bodies. But on June 8, players will experience the full story of private investigator Howard Lotor and his descent into the seedy underbelly of a dystopian, alternate-universe Vancouver.

In this exclusive, spoiler-free preview for GameSpot’s Play For All, we got a chance to dive into the opening hours of Backbone. This adventure game takes place on an alternate Earth where civilization is run by animals, with different species tied to levels of social class. Primates are on the upper rung of the social ladder, while other mammals fall further down–descending into poverty and a degrading status that provokes bigotry from others. It’s an incredibly compelling premise, and Backbone props it up with some stellar worldbuilding, giving the setting the kind of depth that makes it feel real due to the parallels with our own.

While the conceit of animals forming a society and taking on human roles seems lighthearted, the story and setting make it clear that the characters in the story face some very human hardships and struggles. You play as a down-and-out private investigator named Howard Lotor, a raccoon, who gets caught up in a seemingly run-of-the-mill case involving an adulterous otter, whose wife tasks Howard with finding evidence of his affairs. But as it goes with noir fiction, this simple case inevitably leads to a much larger conspiracy that draws in our protagonist, compelling him to solve a potentially big mystery.

Backbone’s style and atmosphere–from its crowded, rain-slick city streets to the enclosed tight apartment that Howard lives in–clearly borrows many influences from classic detective fiction like The Maltese Falcon or The Long Goodbye. Yet, it’s not simply a pastiche of dark imagery, pessimistic worldviews, or smooth one-liners. Granted, while that’s all present, Backbone puts more of its focus on Howard’s interactions with other felines, rodents, and other individuals in alternate-Vancouver. Like in adventure games, you can easily get caught up in the social interactions with the city’s residents, leading to humorous vignettes, along with some surprisingly earnest and heartfelt moments.

When you’re out and about exploring Vancouver or digging up clues inside buildings, the structure follows that of a classic adventure game. These moments prompt you to examine the environment and find details to help you out in your present situation. Backbone also includes some moments where stealth gameplay comes in, though they’re often in service of the puzzle-solving sections. While I generally liked the low-key flow of the game, Backbone did feel one-note when it came to the exploration and puzzle-solving, which relied a lot on that familiar structure of classic adventure games. 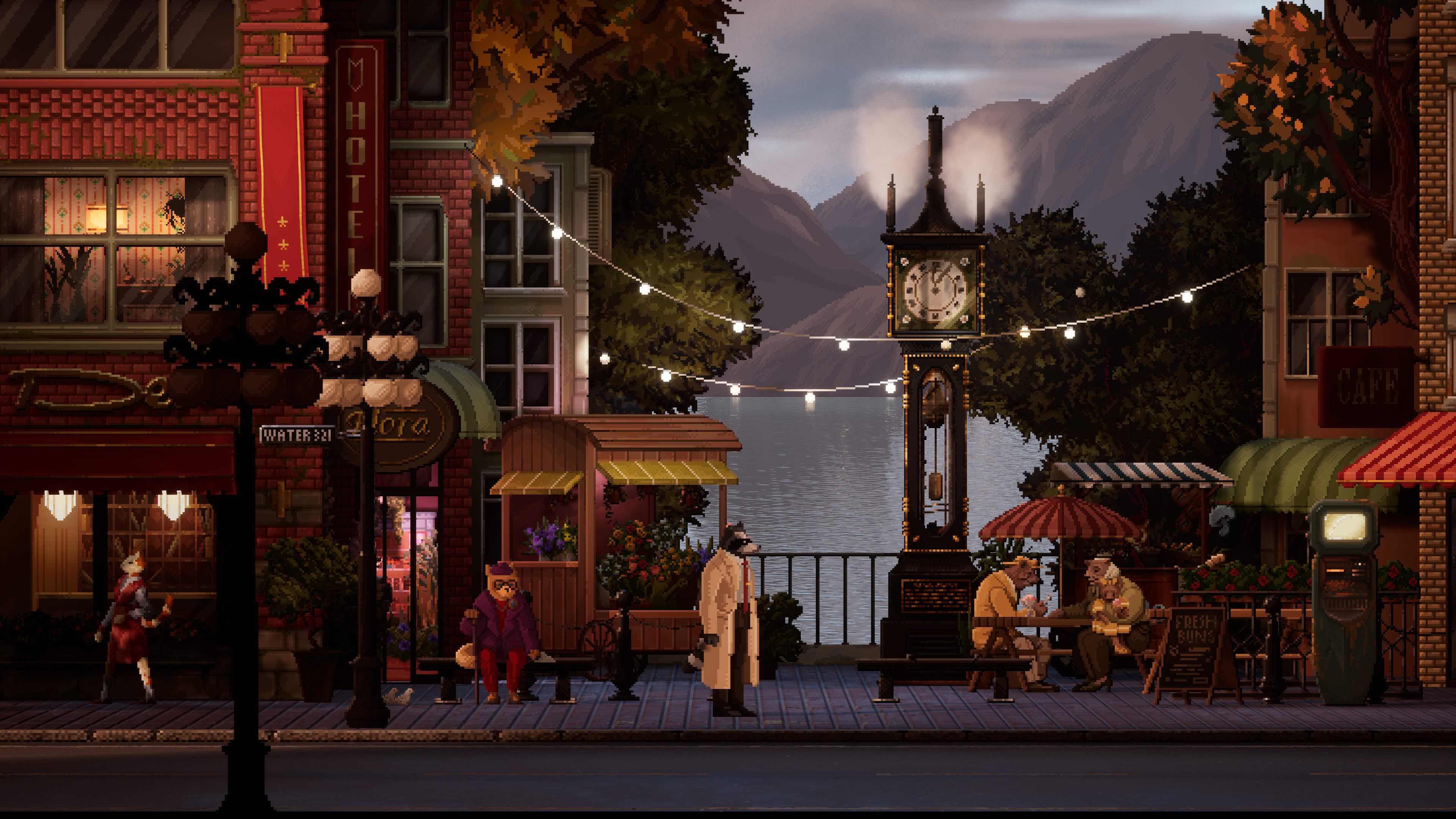 That said, Backbone really shines when it comes to its storytelling, which has some surprising ties to classic role-playing games. In Act 2, you get to spend a lot of quality time with some of Howard’s associates, including the femme-fatale Renee and the taxi driver/unofficial chauffeur Anatoly, who is also trying to uncover evidence against the city’s elites. Like Disco Elysium, the social interactions can lead to an extended yarn that highlights character backstory, worldbuilding, and even the protagonist’s present state of mind. These dialogue sequences can be a bit extensive, leading to lengthy talks about one subject that can feel exhausting, yet it features some razor-sharp writing that does a lot to play with the “animals, but they’re also people” premise.

Backbone is a game about uncovering the details within a corrupt world while the protagonist tries to keep himself together. My favorite moment from this preview focuses on Howard entering an extended dialogue with himself, second-guessing his actions, chastising his present circumstances, and wallowing in self-pity. The opening of Act 2 showcases a level of earnestness that feels incredibly melancholic, which was surprising as this was still in the opening hour of an adventure game about talking animals.

One of the more striking parts of Backbone that I appreciated from my hands-on time was its retro-inspired pixel art. There’s a certain liveliness to it, which is due to the game’s sense of style. The pixel art design and aesthetic give the game an undeniable retro-feel, yet it still exudes a moodiness that gives the game’s setting so much flavor and activity. From the neon-lit streets of Granville to the more upscale and clean areas of Gastown, Backbone’s style showcases a game that feels simultaneously nostalgic for a particular era of gaming and modern in terms of its style in storytelling and presentation. 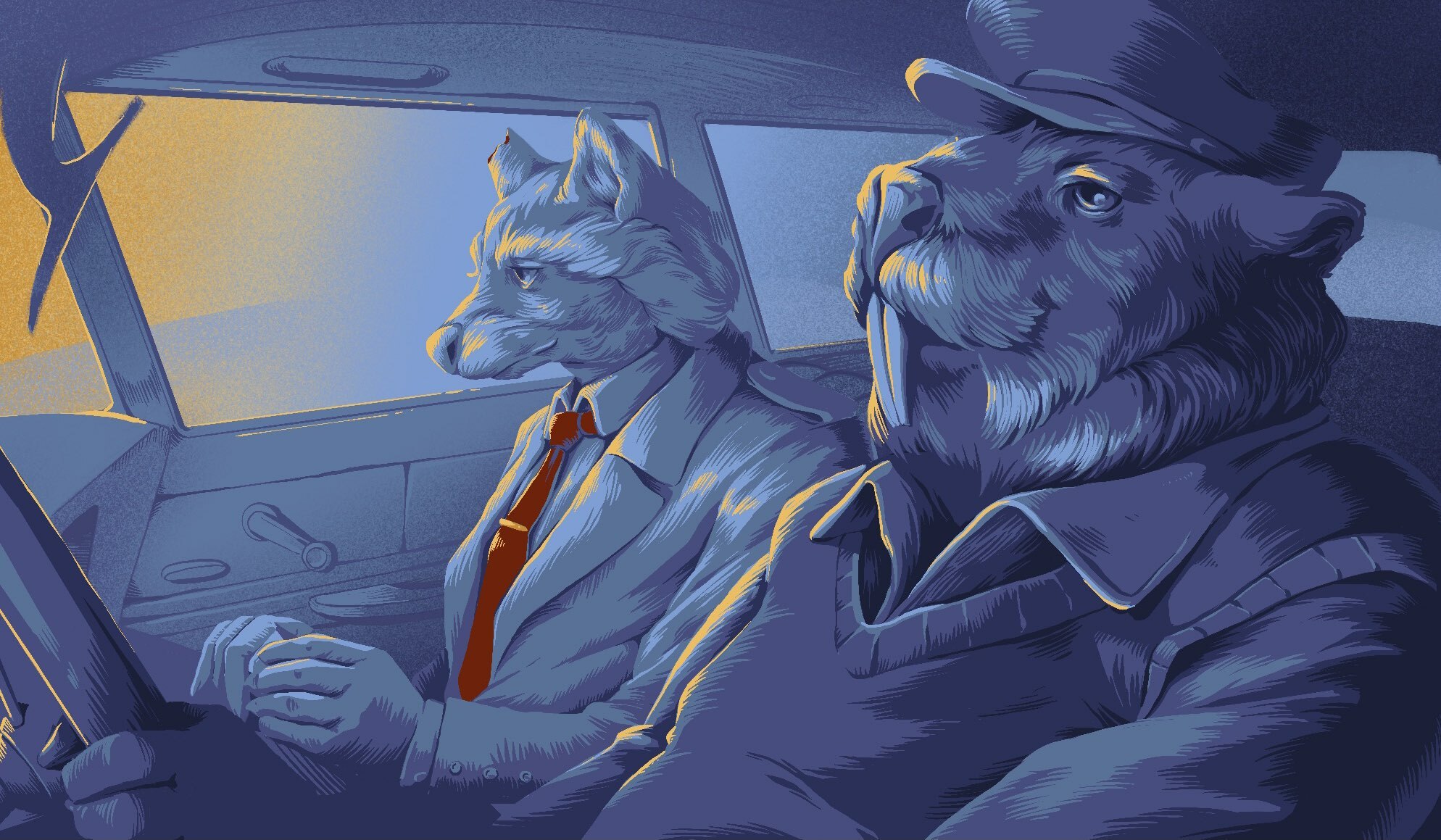 It was interesting to see Backbone’s world expand past its opening act, which has been out for free for nearly two years. The prologue highlighted a sense of scope to its pixel art recreation of Vancouver, and the following acts in the game do a lot to show how those story threads grow and evolve. Playing through Backbone sometimes felt a bit overwhelming with the sheer amount of detail, yet I was always intrigued by what came next, and I hope to see the full story take its rich concept to some unexpected places.

Backbone will release on June 8 for PC, with PlayStation, Xbox, and Nintendo Switch console versions later in 2021.