E3 2021 is right around the corner. As usual with an event of this size and scale, not all of the announcements have been kept a secret. Reports, leaks, and rumors have abounded.

We likely won’t be able to separate fact from fiction until the show kicks off, but there are plenty of exciting and interesting rumors floating around ahead of E3 to consider. Here in this post we’re rounding up some of the most popular rumors for E3 2021, and we’ll keep updating this story as the event draws closer and more reports begin to emerge.

E3 2021 officially kicks off on June 12, but we’re expecting big news out of Geoff Keighley’s Kick Off Live event on June 10. Once E3 week begins, you can expect press conferences from Microsoft/Bethesda, Ubisoft, Nintendo, and more. For more, check out GameSpot’s E3 2021 guide that covers all the important details about the showcase.

Alongside E3, GameSpot’s Play For All event returns this June with special announcements, a charity campaign supporting AbleGamers, and lots more.

One of the juiciest rumors heading into E3 2021 is that Nintendo will announce an upgraded and enhanced version of the Nintendo Switch. The beefed-up system, which has been rumored for many months now, is said to have a 7-inch screen and OLED screen that can output in 4K when docked. It’ll also have an improved graphics processor to help its games look and run better, apparently. Multiple sources have said this system is coming, and the latest scuttlebutt says it will be announced ahead of E3.

The idea is that Nintendo will announce it ahead of the show, which then paves the way for developers to show off games running on it at the event. Nintendo did just announce its own E3 2021 Nintendo Direct briefing, but the teaser text specifically said it will be a software-focused show. That still leaves open the possibility for the Switch Pro to be announced before E3, but for now we’ll have to wait and see just how true this rumor is.

The website Gamereactor reported recently that a new Borderlands game is in the works, and it’s “much closer than you think” to arriving. The site said it’s not a numbered entry in the shooter-looter series, but rather potentially a spin-off. Reporter Jeff Grubb, who has accurately reported on unannounced games previously, said on his own that a Borderlands spin-off is in development, with Gearbox contributing to its development in some capacity.

Gearbox’s Randy Pitchford–who, in addition to being a game executive is a trained magician known for his skills with deception–said on Twitter that the rumors that Gearbox is co-developing or assisting with the development of another Borderlands game are “not accurate.” He clarified that Gearbox would be the lead developer of any mainline or spin-off Borderlands game with no co-development.

Whatever the case, Gearbox is attending E3 2021 as an official partner, so the studio presumably has something up its sleeve to show at the event. It’s also worth noting that Gearbox also has a publishing business, so there are any number of non-Borderlands projects that the company could show. 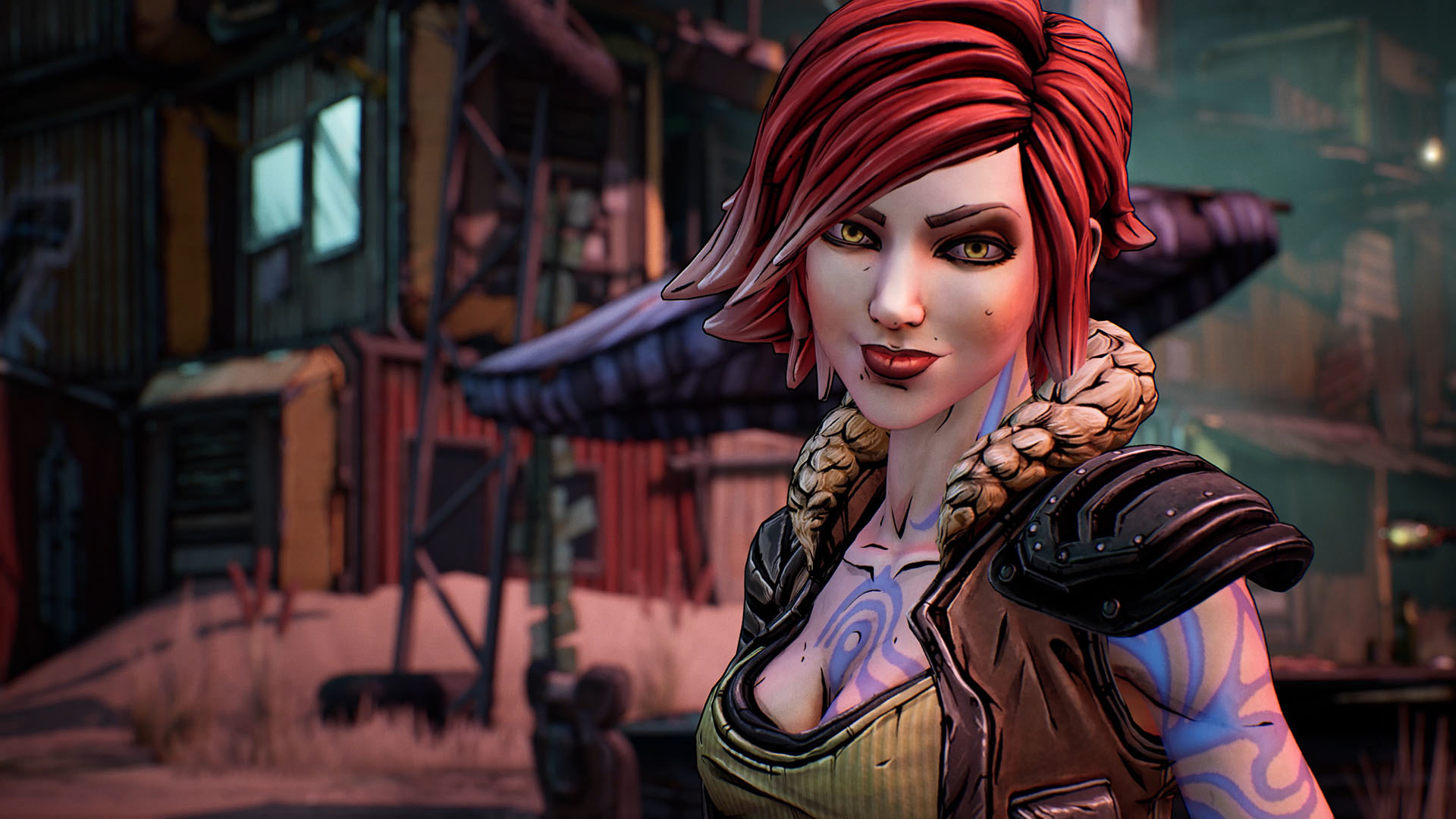 Battlefield 6, or whatever EA and DICE decide to call the next game in the military shooter series, will be officially announced on June 9. That’s just before E3 2021 kicks off, which makes the timing of the announcement intriguing. Another compelling, if far from concrete connection, is that Xbox’s Game Pass account retweeted the Battlefield teaser and even used the same phrasing about words that rhyme with soon to discuss the new Battlefield game.

Battlefield 6 coming to Xbox Game Pass would be a big deal, and it would be yet another example of Microsoft spending big money to acquire content to make Xbox, and Xbox Game Pass, a more desirable offering.

June is our favorite month. it rhymes with soonhttps://t.co/7ZXUoatGwVpic.twitter.com/BtHI0uLVOF

Reporters Jez Corden and Jeff Grubb released cryptic, teasing tweets that seem to suggest that Forza Horizon 5 may be set in Mexico. On the Iron Lords podcast, Grubb went even further and simply stated, “So yeah, it’s in Mexico.”

The franchise is beloved and critically acclaimed, not to mention a best-seller, so it would be no surprise to see it return this year. Mexico would be just the latest international setting for the series, following Forza Horizon 4 (the UK), Forza Horizon 3 (Australia), Forza Horizon 2 (France and Italy), and the original Forza Horizon (USA).

Hitman developer IO Interactive is making a new fantasy RPG that could be exclusive to Xbox, according to multiple sources and reports. IO’s studio head Hakan Abrak previously spoke about the studio’s third new game, beyond its James Bond title and Hitman.

He said, “It is something our core people, our veteran staff, have been dreaming about for some time. Without going into too much detail, we have a third universe that we’re working actively on, which is a bit different and absolutely a love child.”

According to Eurogamer’s sources, the plan–at least at this stage of development–is for the game to feature dragons and a “large medieval-esque world.”

If this new game is real, and an Xbox exclusive, a likely place for it to be announced would be at Microsoft’s E3 2021 briefing on June 13.

Guardians of the Galaxy From Square Enix

Grubb said he’s not sure the new Guardians of the Galaxy game will be revealed at E3, but he sounded confident that the game is indeed in the works.

What’s Up With Starfield

As part of Microsoft’s joint E3 2021 show with Bethesda, it’s widely expected that Bethesda Game Studios’ new sci-fi RPG Starfield will be shown off. A major unanswered question about the hotly hyped game is if it will be exclusive to Xbox or not, and fans are surely hoping to get some answers from Microsoft and Bethesda at E3.

Let me make this very clear: Bethesda’s plan is to tease a release date for Starfield at E3. That date is in *late* 2022. I’ll leave the specifics to them. But please keep your expectations in check and refrain from sending death threats when the other rumors turn out to be false

Another ongoing question about Starfield is when it will release. Some have speculated that Microsoft will drop jaws and announce that Starfield is coming in 2021, but several insiders and reporters have said that’s wishful thinking. Its E3 showing could end with a reference to the next time we’ll see the game, potentially in 2022 according to Grubb, but no one should be expecting to play Starfield this year. Reporter Jason Schreier also mentioned that Bethesda will tease a release date for Starfield at E3 before releasing the game in late 2022.

One of the most anticipated games overall across the gaming landscape is From Software’s Elden Ring, which George R.R. Martin consulted on for its story and world building. The game has become something of a legend and an enigma, as fans dig for clues and wish upon a star that Bandai Namco will finally show the game and discuss it more. But will that happen at E3? Reporter Jeff Grubb said he does not believe Elden Ring will appear on the Xbox E3 2021 briefing, but it’s possible the title could appear at the event in some fashion or other means. However, he could not commit to saying for sure that Elden Ring will be at E3.

Final Fantasy fans are in for a treat at E3, if one rumor is to be believed. Fanbyte reported that Square Enix is partnering with Ninja Gaiden and Nioh studio Team Ninja on a Final Fantasy spin-off game called Final Fantasy Origin. The game is said to take place “somewhere in or adjacent to the world of the first Final Fantasy game for the NES.”

Final Fantasy Origin is tipped to be exclusive to PS5 and PC and it will be announced by Square Enix during E3. An alpha demo could launch later in the summer as part of Square Enix’s effort to gather feedback from the wider community.