As with any new season, Fortnite Chapter 2, Season 7 introduces a Battle Pass packed with new items to earn, although the exact manner in which you’ll do so is different than you may have become accustomed to. Headlining the Battle Pass are two big-name crossover characters: Superman and Rick & Morty’s Rick Sanchez.

The new Battle Pass for Fortnite Season 7 includes eight new characters like most that have come before it. Epic originals like Sunny, the disgruntled rock star, and Joey, a double agent who can swap between alien and human forms with a built-in emote, make their Fortnite debuts.

Rick Sanchez of Rick and Morty fame will also make his belching debut on Apollo for Battle Pass owners, as will Superman, who represents Season 7’s midseason unlockable character. That means the Justice League’s leader will also include his own special challenges later this season. While not as recognizable as the others, a third tie-in character, Guggimon, is coming to the game as well. Guggimon is a “fashion horror artist” and a digital celebrity on platforms such as TikTok and Instagram. 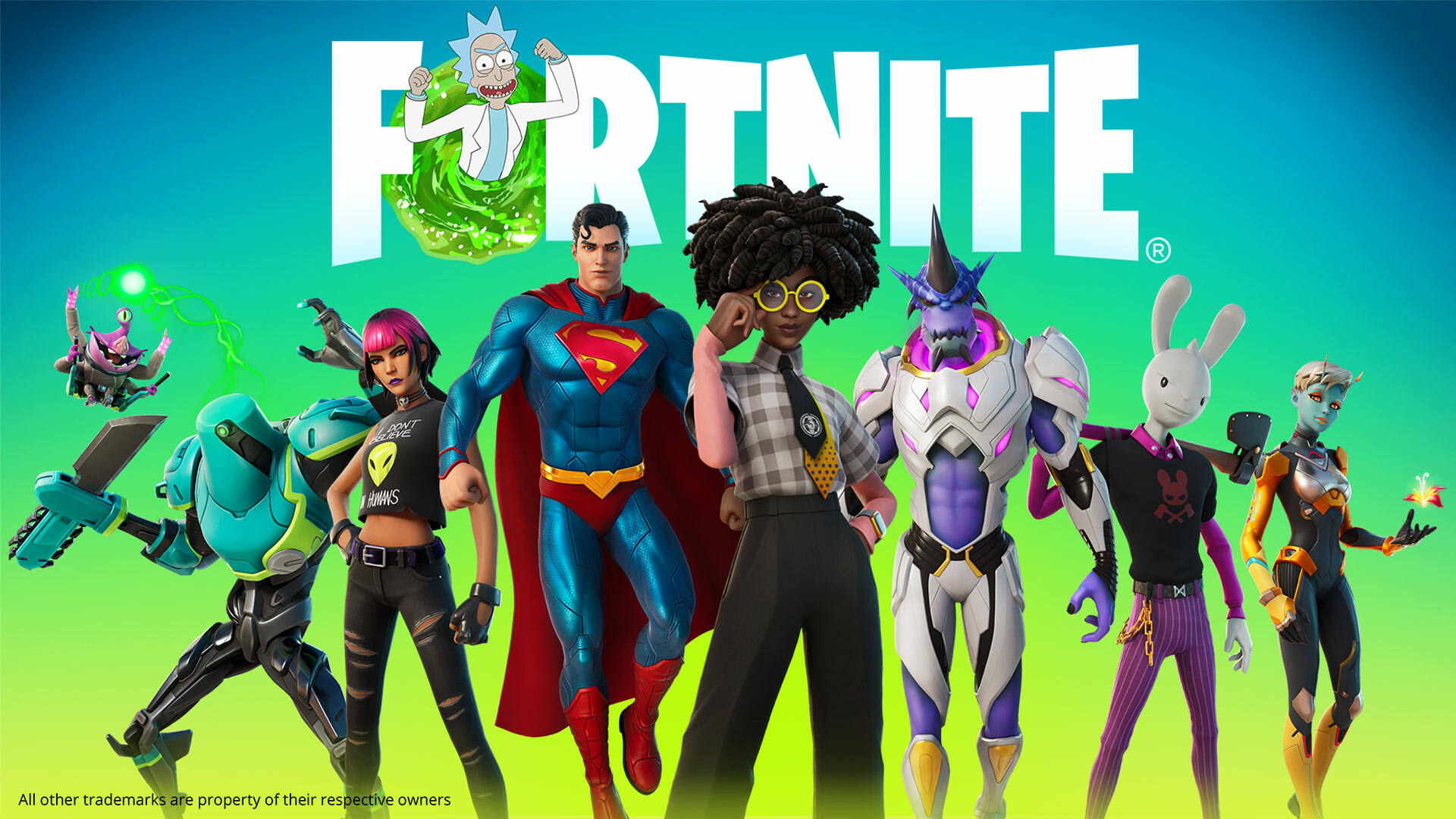 For lore-chasers, the leader of the IO will make her debut as a playable character. Dr. Slone and the Imagined Order represent the opposition to the aliens invading the island this season, and no doubt her related cosmetics will help fill in some storyline gaps for the players deep into the game’s expansive lore bible.

The final Battle Pass character is Choppy, a battledroid designed by the aliens. It seems the IO-alien war will rage all during the season, with players unlocking soldiers from both sides. Along with these eight characters come new cosmetics for each of them, such as Back Bling, Gliders, and more for the first 100 tiers. Enlightened Skins likely await players who exceed that soft limit and continue climbing to tier 220, though Epic hasn’t revealed those yet. 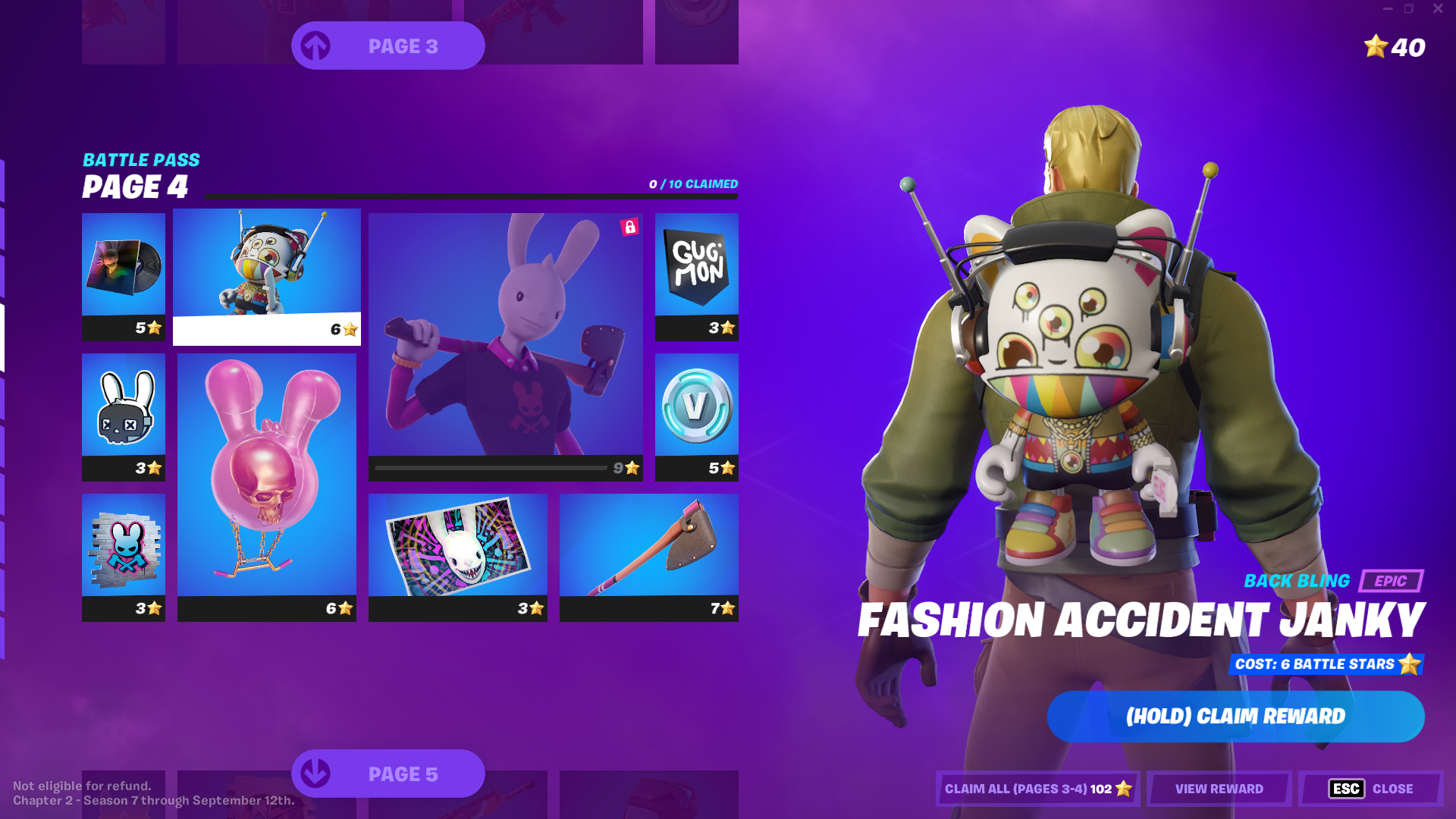 Epic has brought back Battle Stars for this season’s Battle Pass, which allow players to unlock Battle Pass items in an order of their choosing, albeit with some restrictions. Players will no longer be bound by Epic’s default tier list, with the exception of Superman, who won’t be unlockable until later this season. This is a format Epic used several seasons ago, but it’s been a long time. In the screenshot above, you can see I currently have 40 available Battle Stars, with the page-four cosmetics ranging in price from three to nine Battle Stars and the skin is locked until I buy a few others first.

You’ll still see a Battle Pass tier ranking on your profile, but it’s no longer the case that each tier is associated with one specific reward. Instead, each item earns you Battle Stars, which you can then use to unlock Battle Pass items split across 10 pages of cosmetics. Each character still gets several items of their own, like Gliders and Pickaxes, but you’ll need to unlock a specific amount of items per page before you can open up subsequent pages. This means while Rick Sanchez may have been the tier 100 reward in a traditional season, players can unlock him a bit sooner, if they elect to only unlock the minimum number of rewards using Battle Stars until they get to page 10 which features Rick. 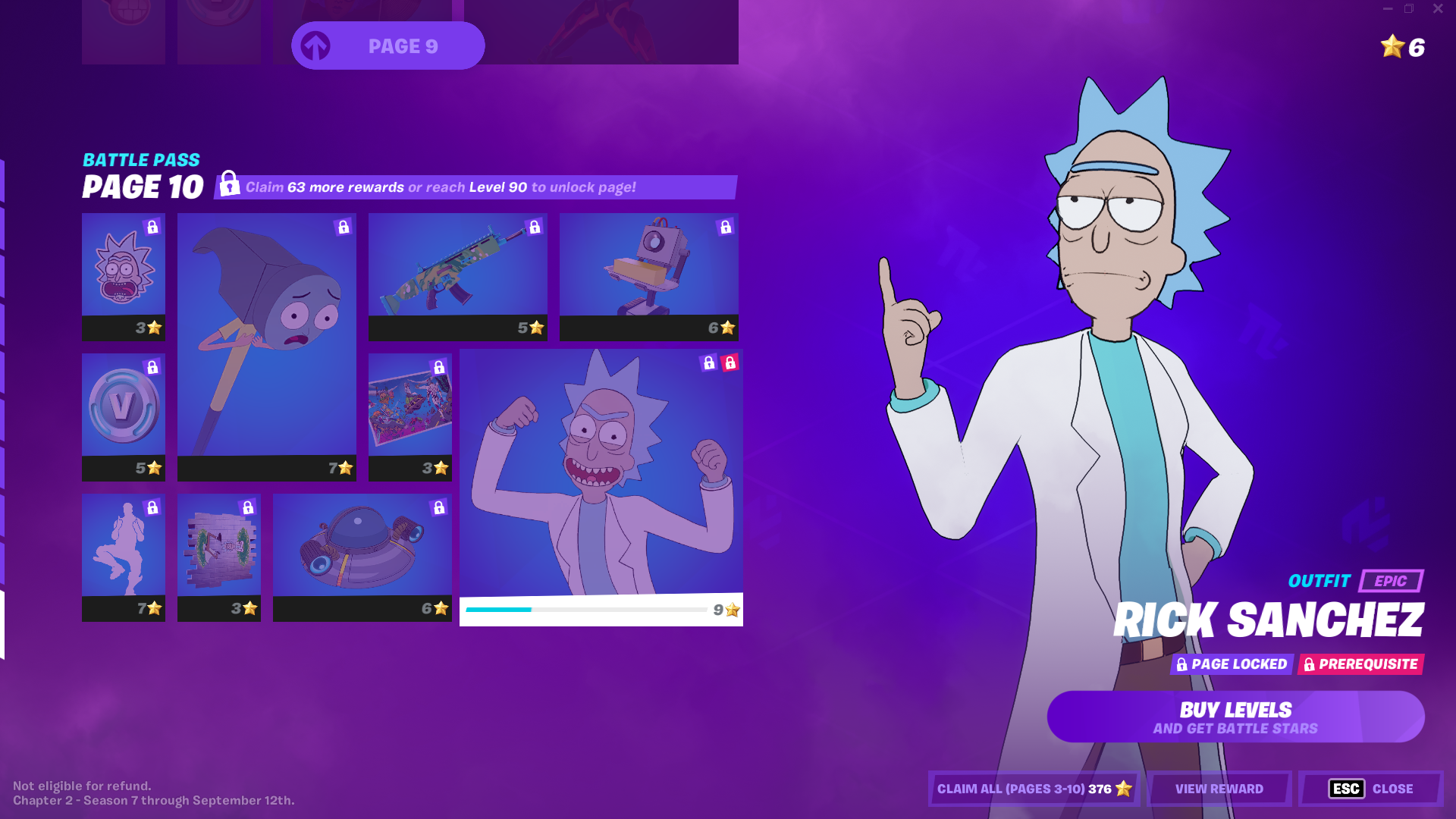 Ultimately, it’s not so different as anyone getting to tier 100 will still unlock everything by the end. It’s just that with Battle Stars, you can prioritize some items and characters over others if you wish.

For more on Fortnite Season 7, catch up on all that’s new this season, learn where to find Alien Artifacts, the map changes, and the Week 1 challenges which are already live and ready to boost you up several tiers in a hurry.