Genshin Impact’s gameplay system can be a little intimidating if you’re completely new to the game. In this RPG, it’s not as simple as having a random selection of characters in your party. Having a balanced setup is vital to dealing the most damage, as well as beating some of the high-level content later on. Using a four-character party setup, the game requires you to tackle enemies using its elemental-based battle system, meaning you’ll need to be strategic.

To help you get familiar with the game’s battle system, we’ve put together the most important things you should be aware of when it comes to setting up your party in Genshin Impact.

It’s important to have a party with at least one Main Damage Dealer, along with two Support Damager Dealers, and one Support–but you can switch this last part around if you like or depending on the situation. 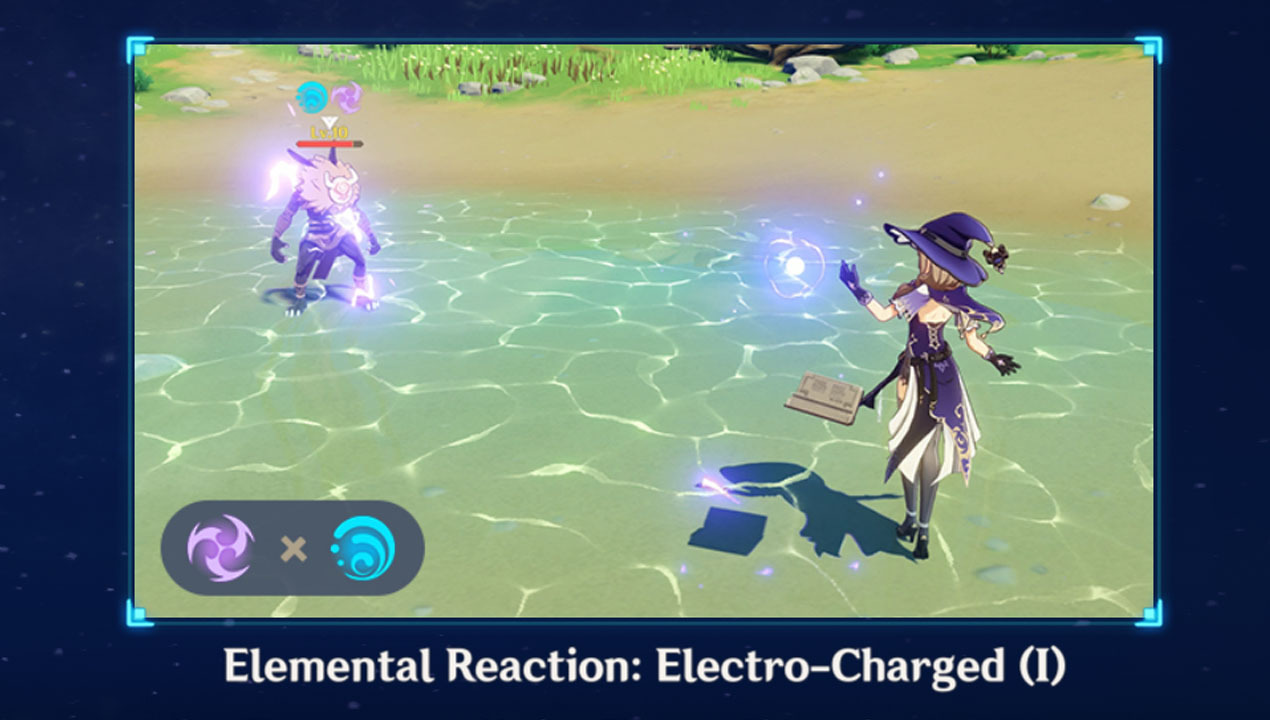 Combining certain Visions together is the key to creating Elemental Reactions and dealing the most elemental damage. Some combinations even create Elemental Charged attacks. You’ll need to think about how you can counter specific enemies using this battle mechanic with the characters at your disposal. 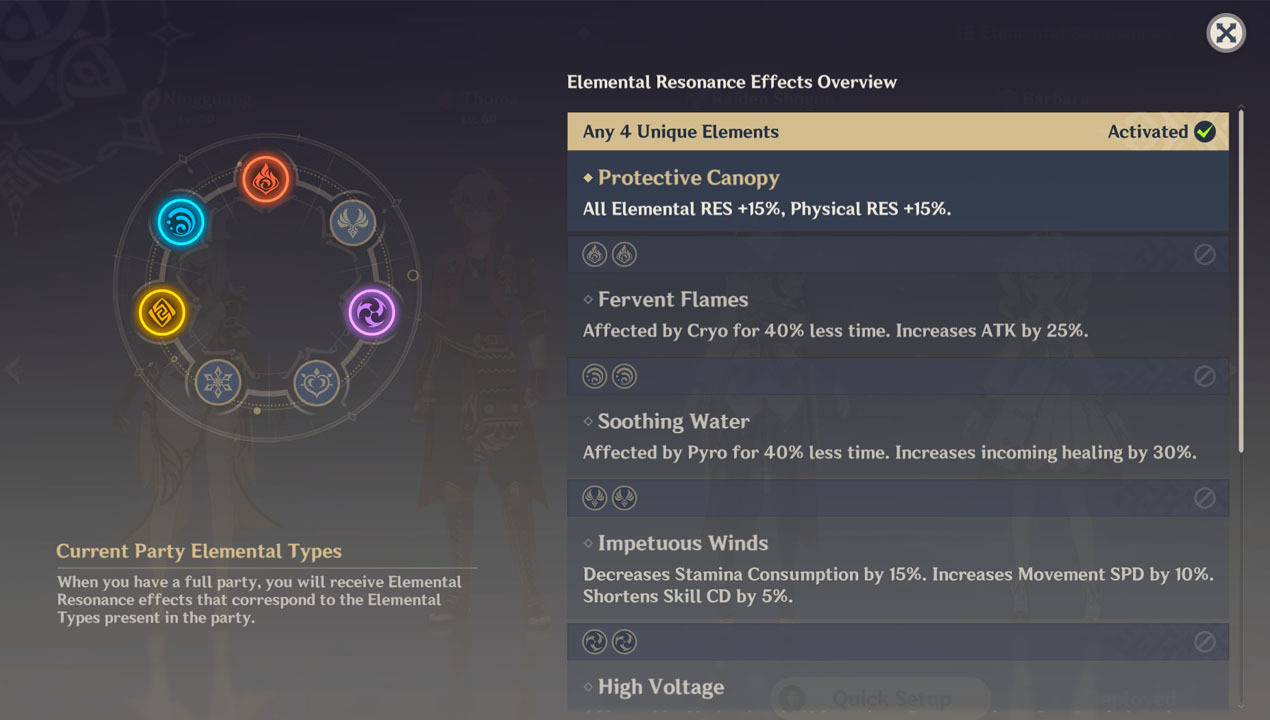 Genshin Impact also has a passive battle mechanic called Elemental Resonance. These are effects that correspond to the elemental types of your characters, so when there are particular combinations of elements in your party, the whole team will receive a buff in damage. For instance:

Elemental Resonance is a pretty important aspect of team building, but you must have four characters in your setup to have it active. 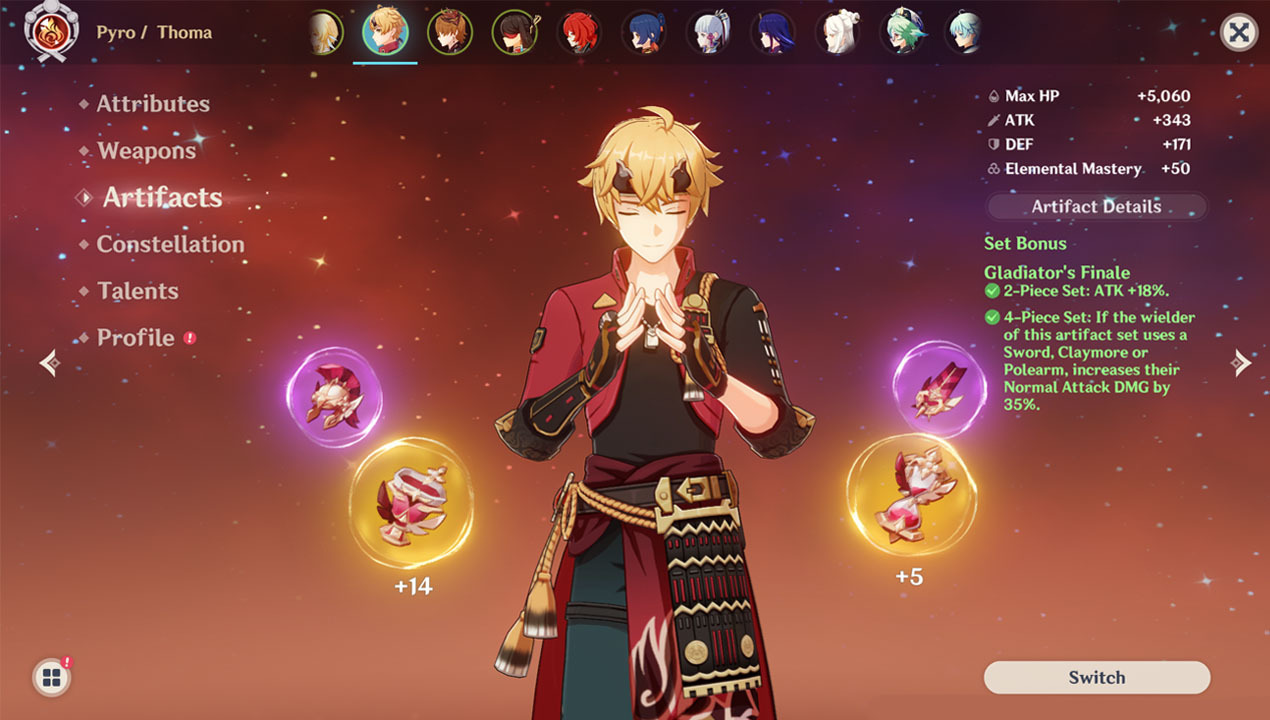 Equipping Artifacts to your character enhance their stats

When it comes to levelling your characters, it’s important to focus on investing your collected materials into your strongest ones first–likely the ones you’ll be playing with the most. The more you play, you’ll also eventually gain valuable weapons and Artifacts that are Rare and Legendary.

You want to equip Artifacts to your characters to enhance their elemental abilities and stats, such as their CRIT Rate, ATK, DEF, Max HP and Elemental Mastery. You can also upgrade them as you gain materials. We’ve already together a complete Artifact guide for you to check out as well.

Characters that are in the five-star category are among the most powerful in Genshin Impact, but early on you may not have access to many, or any, of them. When starting out, you’ll get access to several free characters in the Prologue, including: Traveller, Amber, Kaeya, Lisa, Barbara, and Fischl.

These characters each represent Anemo, Pyro, Cryo, Hydro, and Electro–so you already have a pretty decent team that just needs building up. You can also easily gain Xiangling for free in the indefinite Spiral Abyss event, who is another great Main DPS character to add to your party.

As previously mentioned, it’s important to have a party with at least one Main Damage Dealer, along with two Support Damager Dealers, and one Support–the last part being interchangeable. You also want to think about what Elemental Reactions will best suit the situation, so feel free to experiment with different team builds.

In fairness, there aren’t really any bad Genshin Impact characters in the game, although there are certainly stronger ones than others who you may want to invest your Primogems and Wishes in as you progress.

Some of the best characters in the game right now:

We’ve already put together a comprehensive list of every Genshin Impact character in the game right now, there’s over 40 with more to come, so we recommend checking that out to see which character has which Vision and weapon, as well as their rarity.