Call of Duty’s Season 5 adds an ambitious new investigative objective mode to Black Ops Cold War called Double Agent. Similar to both Among Us and Trouble in Terrorist Town, Double Agent is a mode where certain players are assigned roles to try to sabotage a mission and stay incognito, while the rest of the competitors must work to uncover their identities. It’s a much different sort of experience to see inside a Call of Duty game, but based on our impressions so far, it doesn’t function well in public matches. You’ll want to make sure to round up your friends if you want to enjoy this murder mystery mode. If you’re diving into Double Agent, here’s what you need to know about how it works, as well as why public matches are currently a nightmare.

Double Agent matches are played out in five rounds with 10 players in a lobby. Before each round, all players are given a starting pistol and 25 seconds to scavenge better weapons from crates or floor loot. Players are then randomly sorted into one of the three assigned roles: Double Agents, Investigators, or Operatives.

Double Agents are tasked with sabotaging the match, while working together to deceive the others into thinking they’re innocent. The sabotage can be performed by eliminating other players or by successfully setting off the dirty bombs located around the map. Double Agents will also be able to identify their fellow agents by the spy icon marked over their head.

In this intended game of cat-and-mouse, the Double Agents can use gas mines, counter spy planes, combat bows, and attack helicopters to help them achieve their mission. Double Agents also get access to Field Mics, which can be activated around the map. These function just like the Field Upgrade in a standard multiplayer match, revealing enemy positions on the agent’s mini-map. This can provide crucial intel about an Investigator’s or Operative’s movements to aid in the agent’s deceit. However, Operatives and Investigators can destroy Field Mics to deny agents that intel.

Marked with a blue shield and star icon over their head, the Investigator is a special Operative tasked with leading the investigation. Dead players drop Autopsy Reports, which reveal information like how long the player has been dead and the weapon that was used. Anyone Operative can view this information by interacting with the report on the ground, but only the Investigators can see the killer’s footsteps. This ability works similar to the Tracker perk in multiplayer.

The Investigators can also use trophy systems, stim shots, and hand cannons, and they have the ability to see the footprints of the person who killed their teammates. Investigators are also able to mark someone as “suspicious” and launch a Wanted order against them.

The role of the Operative is the most common role in the game. Unless you’re marked as an Investigator or given the role of Double Agent, you are an Operative. Operatives must help gather clues, communicate about suspicious behavior, and help identify the Double Agents before it is too late.

While the Double Agents are being sneaky and investigators are hunting the killer, the regular “Operative” players need to protect the Investigator and help them piece together all the clues to uncover the identity of the Double Agents.

Clues are given to the Investigator and Operatives in the form of decoded radio messages marked around the map. This will generally give information like the Double Agents’ gender or reveal if their given Operative number is an odd or even number. Then the process of elimination can be used to track them down.

Otherwise, if the Double Agents are sneaky enough, they can win the match by remaining incognito while either killing all the Operatives or detonating all the dirty bombs. 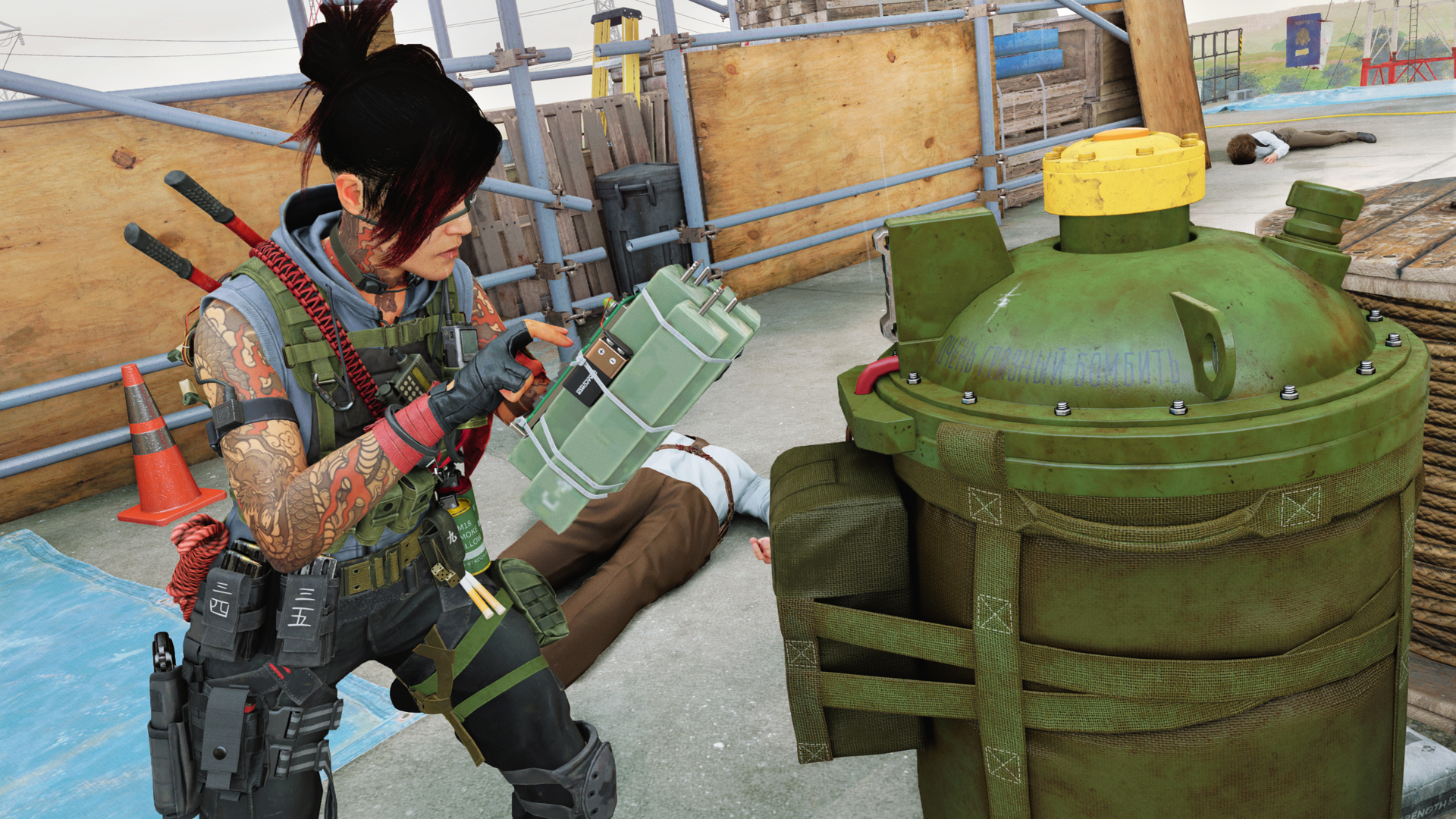 This mode has potential, and lots of tools and information are given to help players work through the mystery of discovering the Double Agents, or as the spies in question, they have the tools to sabotage the whole match in a really sneaky way. Unfortunately, matches rarely play out as intended.

Many rounds of my public matches ended fairly abruptly, as everyone just fired on each other haphazardly without ever bothering to look for clues or cause deceit. I understand Treyarch’s need to eliminate players who commit friendly fire, but a bad teammate killing a friendly Operative punishes both players. Both players are eliminated from the round. I think there needs to be ricochet in effect for friendly fire, as you often see in Hardcore multiplayer modes. With ricochet, only the player who commits the friendly fire is killed, and the victim gets to carry on with the round.

There’s also the issue of how players are clustered near each other at the start. I know the point is to be sneaky as an agent or investigative as an Operative, but very few times have I been able to play a round as an Investigator or Double Agent and lived long enough to complete any tasks. Random players often start trolling or firing all over the place without playing the objective. This makes for quick and uninteresting matches.

Call of Duty is all about the guns, but I think it would be best served to have players only use tasks and equipment you can interact with to play either the spy or Operatives roles. Eliminating weapons completely for this mode would make for a more interesting experience.

This is based on my first day experience with Double Agents, so players may calm down after the newness wears off and develop a better understanding of how the matches should play out. But it is possible that this mode will always suffer in public matches with weapons involved.

Overall, Double Agents isn’t a very fun mode for public matches with random players. However, I can see how private matches with friends could be great fun. Double Agent may not be a completely original concept, but this has the potential to feel refreshingly outside the box for what you’d expect in a Call of Duty mode. We’ve seen many capture and defend-style modes, so having something with a little murder mystery is a welcome addition, but Double Agent definitely needs some tweaks to allow for a proper murder investigation inside public matches.

« Boeing’s Starliner OFT-2 mission to the International Space Station: When to watch and what to know » Reports suggest that a mainstream tech giant holds shares of Coinbase stock