How To Disarm Fia’s Reactor In Deathloop

In Deathloop, there’s a lot to learn in and around Fia’s bunker, but if you go in guns-blazing or otherwise set her off, she’ll hit the panic button and cause an explosion, killing everyone. Therefore, you’ll want to disarm the reactor stealthily, and that’s a complicated process–but it wouldn’t be Deathloop if it were simple, would it? Here’s how to disarm the reactor on Fristad Rock.

Deathloop: How to disarm the reactor in Fia’s bunker

You’ll want to start off by heading to Fristad Rock at noon. Fia will be there in her bunker at that time, which means the doors will be unlocked for you to get in. It also means the place is crawling with Eternalists, so be very careful. You also won’t want to be so direct, as you’ll need a specific item with you, though if you play this level with the Aether Slab and either the Shift Slab or the double-jump Trinket, you can skip the next part, which details where to find a battery. You won’t need it if you have those items.

If you do need the battery, head out of the tunnels and under the bright, fallen electronic sign to your right. Continue along the path, avoiding or disarming traps along the way, including landmines and tripwires. Take a left up the hill to the Transmission Post–the circular stone building. Avoid the guards inside and descend the cliffside, dodging (or killing, it’s up to you) more Eternalists outside the bunker’s alternate entrance. This is where you’ll also get the delivery booth code, FYI. 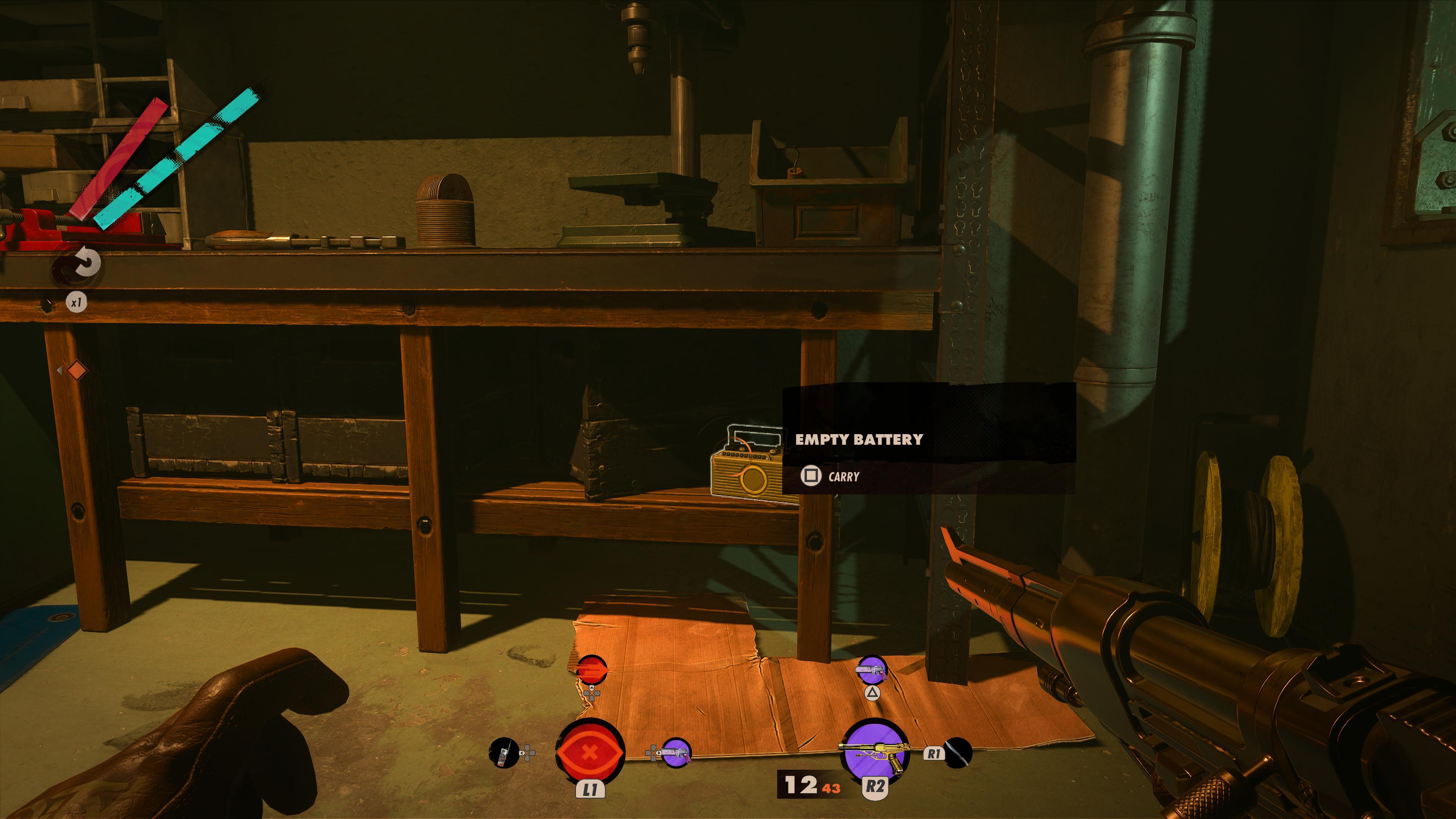 You won’t need this battery if you have the Aether and Shift Slabs.

Enter the bunker and smash through the windows to your right. You’ll be in a room with an out-of-order delivery booth. On the shelf next to the window, you’ll see a battery. It lacks a charge, but that’s okay. Take it with you anyway.

Next, you’ll need to charge the battery. Head back out and return to the Transmission Post. Go into the trainyard and hop inside the train car nearest to the left bunker door. Inside is a battery charging station. Plug in the battery and let it get juiced up. Grab the battery again once it’s charged. This is the end of fetching the battery, so if you skipped this part, resume reading here. 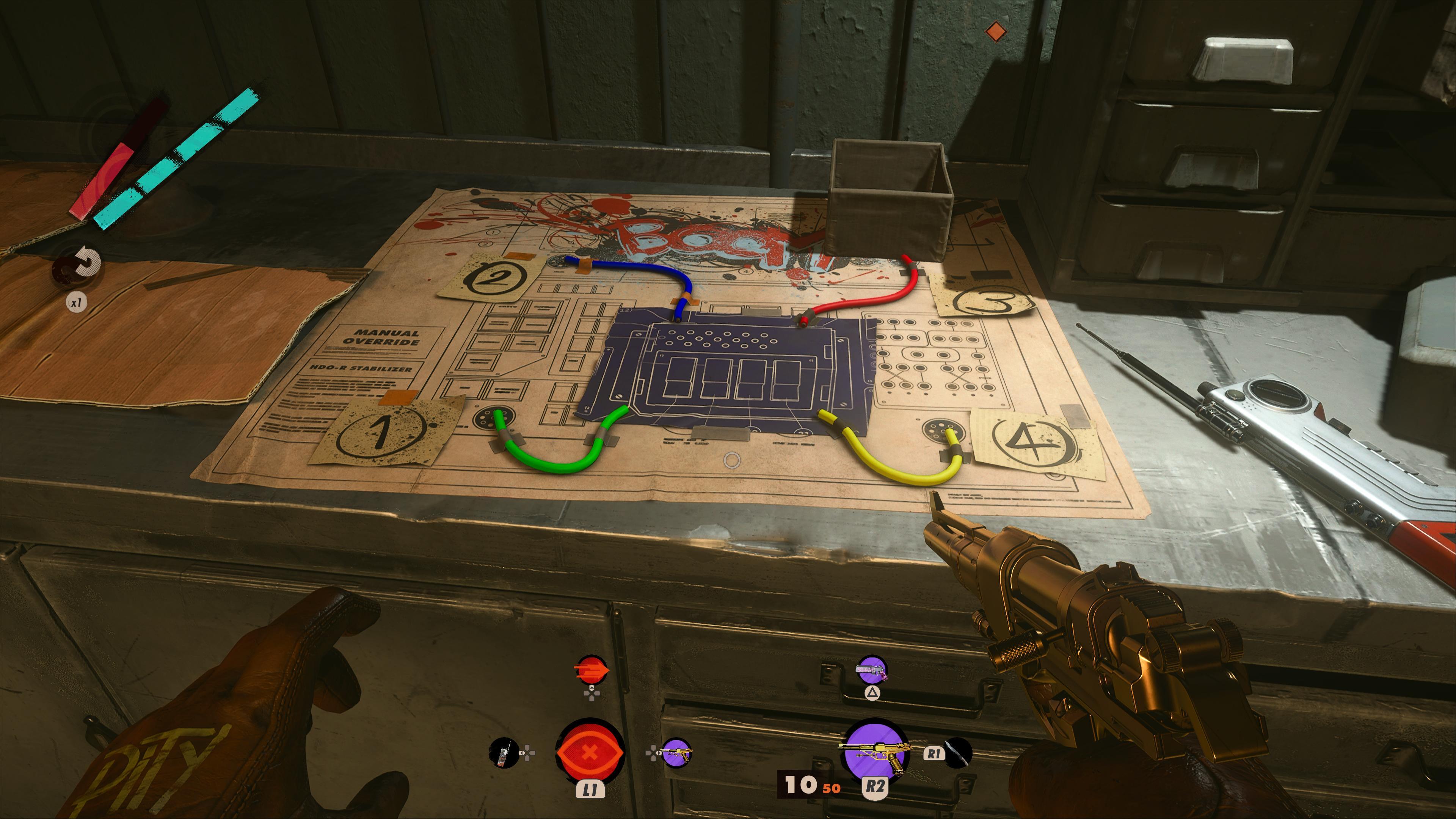 These steps may be randomized, so make sure you use your own version of this clue.

You’ll be in front of the trainyard bunker doors, so open the door and enter the garage-like next room. You’ll need to open another set of doors, and when you do, the door behind you will automatically close. To your right will be a camera you should hack to turn friendly, then enter the room below the camera. On the back table, you’ll see a blueprint for Fia’s reactor, including the explicitly drawn steps on how to disarm it. Interact with the blueprint to store this info in your leads menu.

You’ll need to cut four colored wires, but this part may be randomized, so don’t follow our picture. Use what you see in front of you, just in case. With these disarming details in your head, leave out the door you entered. Across from you will be a small locked room with a battery-operated door and tripwires set up across the top of the chainlink walls where there would otherwise be an easy-to-use gap. 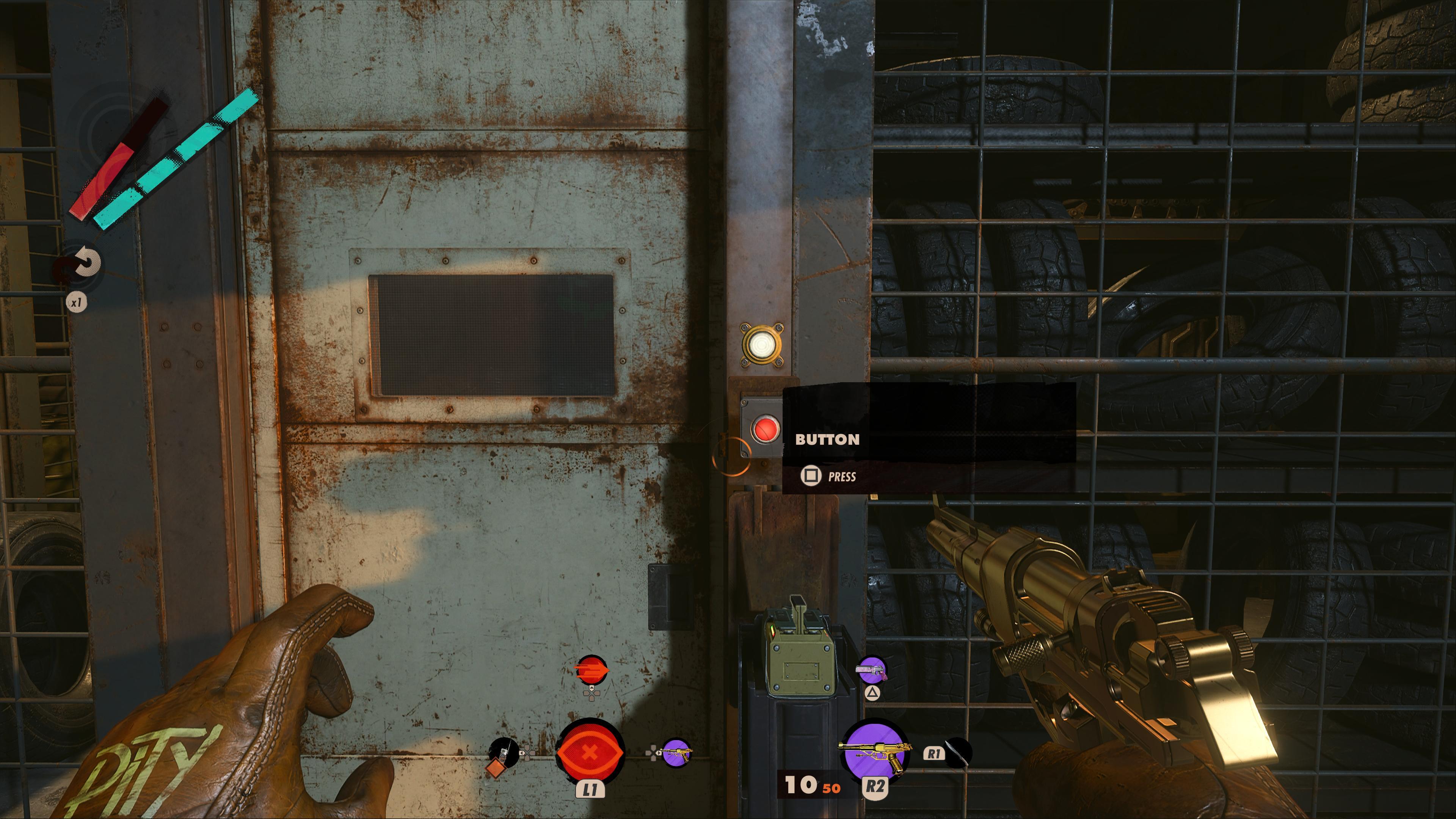 You can scale this wall with the right build. Otherwise, use the battery to walk through the door.

The door is locked, but you can get in by using the battery to power the door and open it. If you skipped retrieving the battery because you have the Aether Slab and either the Shift Slab or double-jumping enabled, turn invisible with Aether, then scale the wall and drop down before your use of Aether expires.

Either way, you’ll be inside this critical little area. Look to the back wall and kick out the vented cover. Crawl through the air vent until you come to a massive fan. Press the button in front of you to disable it, then drop down safely and continue through the crawlspace. You’ll exit under a walkway being used by Eternalists, so time your approach according to their patrols’ blind spots (or use Aether) to get to the can’t-miss nuclear reactor just around the corner from you. 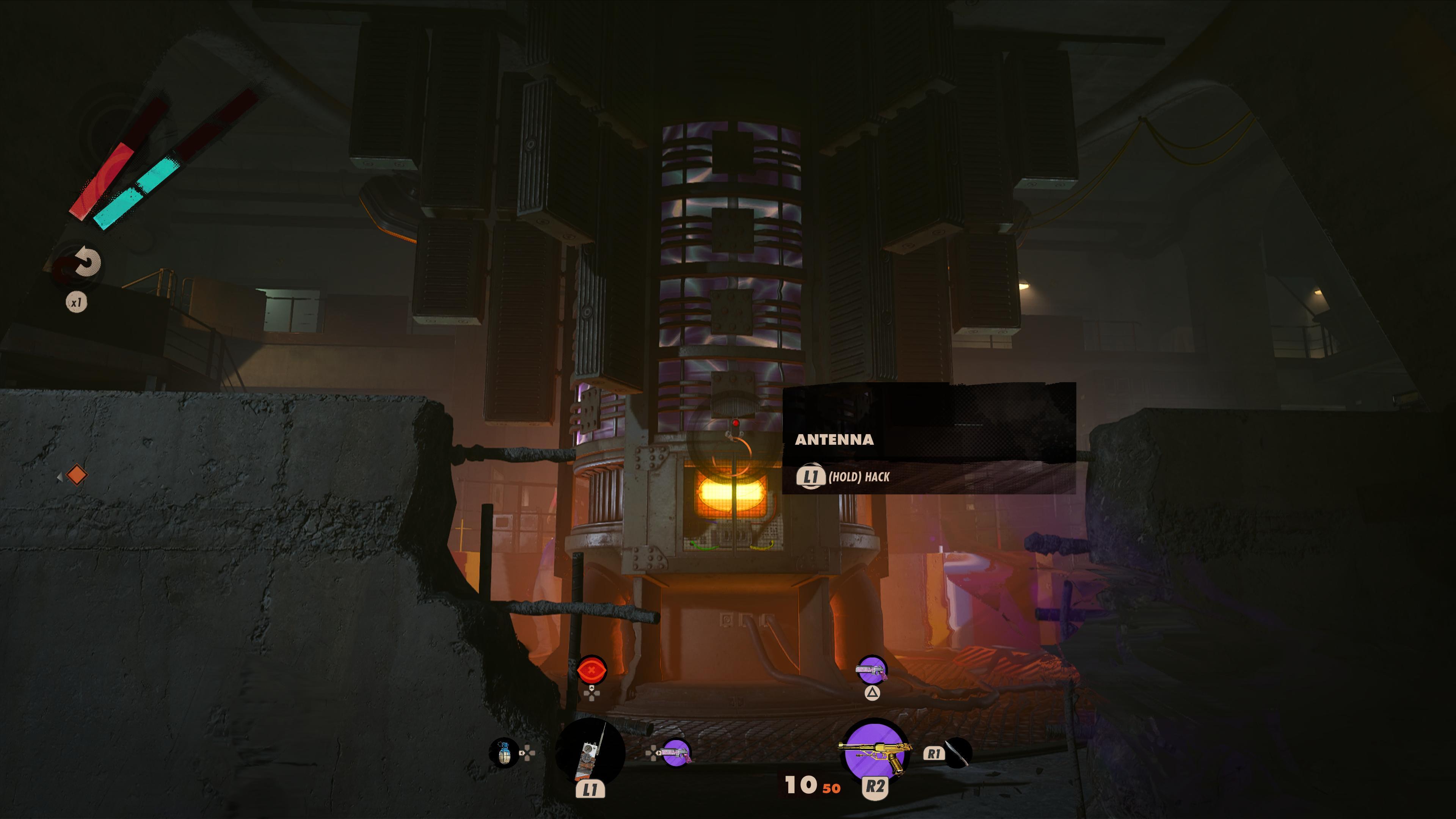 First, hack the antenna to open the section where the wires are, then cut the wires in the order you learned from earlier. If you’ve done all that without setting off an alarm, you’ll have avoided a literal nuclear disaster. Congratulations! Now you can kill Fia if you’d like her Slab, though if you’re trying to kill all seven Visionaries in one day, you’ll actually want to get her later in the loop.