Inscryption Cuckoo Clock Guide – How To Solve The Clock Puzzle

Fighting through a tough deck-building roguelike card game is central to Inscryption, but if you want to make real progress in the game, you’ll need to uncover the many secrets hidden in the cabin in which the card game takes place. You’re free to get up and explore, and doing so will give you hints as to the deeper story taking place and how you might escape the frightening, homicidal opponent who insists you keep playing.

One big element of the winding chain of puzzles hidden in the cabin is the cuckoo clock hanging on one of the walls. You can adjust its hands with a few buttons, but without a sense of what time to set it to, you’ll struggle to open the clock’s two doors. Solving those puzzles is key–one isn’t necessary to progress but can be very helpful, while the other is essential. To find the clues you need, however, you’ll need to solve a lot of other things, too.

Here’s everything you need to know to solve the cuckoo clock puzzle in Inscryption. For more about the game, check out our Inscryption beginner’s guide, and our guides for opening the safe, solving the sliding puzzles, and freeing the caged wolf.

How To Open The Top Clock Door 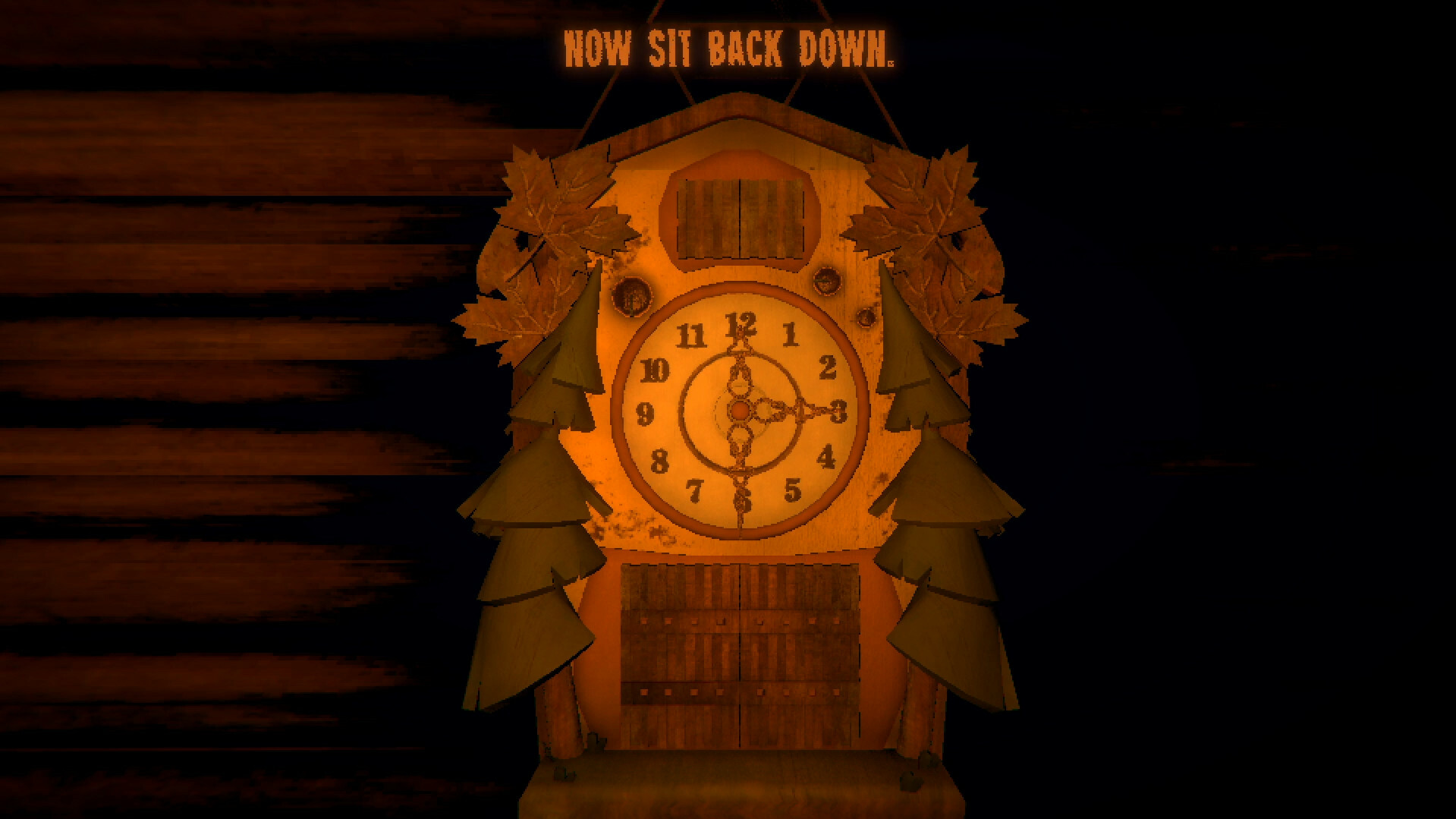 While opening the bottom door of the cuckoo clock is an involved endeavor that requires solving just about every other puzzle in the cabin, there’s a second puzzle in the clock that you can solve anytime. Keep working your way through the puzzles of the cabin and you’ll eventually find a bottle with some green goo inside–goo that, for some reason, has a face. If you get the bottle of goo and try to use it in battle, your opponent will place it on the a shelf. You can then interact with the goo some more, and it’ll even give you some clues.

Eventually, under the right circumstances, the goo will suggest you can open the clock by moving the hands to the right time. If you’d rather not wait, however, here’s the solution:

The top door of the cuckoo clock will reward you with the Ring, an item that doesn’t have any ostensible use. It’ll come in handy later, though–in the run-up to the fourth boss fight against your opponent, you’ll get a chance to earn some special boons that will give you an edge in the battle. To get those boons, you have to pass “trials,” which all have different requirements. One trial might ask for you to draw three random cards with a total Blood cost of more than four, for instance. But one trial just asks if you’re currently wearing a ring. If you opened the cuckoo clock before reaching this point, the Ring Trial is an easy win.

How To Open The Bottom Clock Door

The second cuckoo clock puzzle is more difficult to solve, mostly because the steps leading up to it are much more involved. This one’s essential for advancing the story in Inscryption, however, so you’ll need to do it if you’re hoping to escape your fate in the cabin.

You’ll need to complete pretty much all the other puzzles in the cabin before you’ll have what you need for the cuckoo clock puzzle. If you’ve got the Knife, you’re ready to proceed. If not, check out our other guides to help you:

Once you have the Knife, you’re ready to proceed. This is one of the better moments in Inscryption, however, so if you’d rather figure out the use of the Knife yourself, this is a good point to quit reading.

Free the Caged Wolf card and you’ll gain access to the Wolf statue in the cabin, which you can then place next to the Squirrel statue beside the door. When you do that, you’ll unlock the Knife, which gets added to your inventory of items for use during your card battles. Head back to the table and play the game until you can get into a fight with the opponent.

You can use the Knife to swing a fight to your advantage. Like the Pliers, the Knife lets you sacrifice part of your body to tip the scales in your favor, quite literally. When you use the Knife, you’ll cut out one of your own eyes, which you then drop on the scales. The eye is pretty heavy, giving you four points of damage in your favor, which is great if you’re losing a battle or just want one to end quickly.

To advance the puzzle, you’ll need to use the Knife and either win the battle or lose with two candles lit, so that you aren’t immediately killed. After the card battle, the opponent will offer you a new eye to replace your old one. Choose the glowing eye in the top left corner and you’ll gain the ability to see invisible ink, with which someone has left you messages.

Use The Eye On The Clock

From here, the solution is easy. Get up from the table and head to the clock, and your new astral eye will show you some invisible paint markings that have been left on the clock’s face. Those markings show you where to put each hand of the clock. Line up each one, and the bottom clock door will open.

Inside, you’ll find the Stunted Wolf, the last of the three talking cards in the cabin, and a Film Roll. With that, you can potentially use the opponent’s camera against him. First, however, you need to get it–and that means beating him once and for all. You’ll need to fight through four different boss fights in the card game to reach that point, but now that you’ve solved all the main story puzzles in the cabin, you’re free to do so. There’s one more you might want to finish, however: the painting puzzle.