Is Destiny 2 Driving Toward The Traveler’s Betrayal In The Witch Queen?

After years of teases, Destiny 2‘s scariest and most ubiquitous villain, Savathun, has finally made her appearance. She’s not only central to the Season of the Lost, Destiny 2’s current content season, she’s also making huge moves in The Witch Queen, the next big expansion for the game. Bungie revealed some of what we can expect from The Witch Queen in its recent Destiny 2 showcase, detailing one incredibly important new element: We’ll be facing Hive Guardians.

In the story of Destiny 2, this is a massive development. “Guardian” is the term for the sci-fi superheroes the players embody, and they wield specific powers granted by a physics-defying force called the Light. Those powers include the ability to resurrect from death and to use magic to shoot fire or create black holes. Up until now, only humanity has wielded the Light, thanks to its source, the giant machine god-thing called the Traveler, and its Ghosts, the tiny robots that follow players around.

The Hive, meanwhile, are perhaps Destiny 2’s greatest enemy. These eons-old aliens are a billions-strong cult that worships death and exists only for conquest and genocide. Where humanity embodies the Light and, we’ve always assumed, the will of the Traveler, the Hive embodies the Darkness, the other god-like power in Destiny’s universe. A Hive enemy that controls the Light and its attendant powers–including near-immortality–is an incredible threat.

But what Bungie hasn’t told us just yet is how Savathun and her Hive army came by these powers. In fact, that question seems to be a major mystery of the expansion. The description for The Witch Queen on Bungie’s store reads, “The Witch Queen awaits those who are driven to understand her inexplicable control of the Light.” It also sports the tagline, “Survive the truth.”

That instantly leads to some serious deliberations. Where could Savathun have gotten the power of the Light, and what could the “truth” we need to survive actually be? There are a couple of possibilities, but one we likely need to consider sooner rather than later is that Savathun got the Light the same way humanity did: from the Traveler.

That would be a world-shaking revelation for Destiny–definitely a truth we would have to survive. Just about everything in the world of Bungie’s game is predicated on the idea that human Guardians are righteous defenders of the innocent, more or less, and that we’re granted the power of the Light by the benevolent and all-knowing Traveler because we deserve it. Everything we do is based on the presupposition that we’re the heroes. If the Traveler gave the Light to the Hive, a species who has spent its entire existence bent on the destruction of all other life, it would call into question all the assumptions humanity has made about itself, and all the actions we’ve taken since the series started.

But there’s a lot that’s happened in the story of Destiny 2, particularly since the Beyond Light expansion, that grounds this line of thinking. The Traveler may well be rethinking its past choices because it faces an unprecedented situation–it’s staring down the Black Fleet, the pyramid-shaped spaceships that are the physical manifestation of the Darkness, and it’s standing and fighting, rather than running away. We’re apparently watching the story of the Traveler’s last stand, and desperation changes priorities.

To understand what might be happening, you should check out a key batch of Destiny 2 lore called “Unveiling.” This lore book popped up back in the Shadowkeep expansion, when we first started discovering the pyramid ships and coming to understand the Darkness’s whole deal. Though we’d always believed that the Darkness had nearly destroyed humanity after attacking the solar system way back in Destiny’s history, when the Black Fleet finally arrived once again, it didn’t immediately start destroying everything.

Instead, the Darkness spoke to us, offered gifts, and tried to make us see its side. Unveiling plays on that idea: It’s a lore book written from the perspective of the Darkness but which explains the relationship between it and the Traveler, who are described in the book as the “Winnower” and the “Gardener.” The book gives a creation myth of the universe, where the Gardener (or, seemingly, the Traveler) created life, allowing it to grow unchecked, while the Winnower (or, seemingly, the Darkness) embraced death, paring back that life so that only that which was strong and capable survived. Over time, the Gardener became bored with the situation–the life it created always wound up becoming the same brand of strong and ruthless because of the Winnower’s influence. The Gardener wanted to create all sorts of different life that would be diverse and interesting, and develop in new ways. The Winnower disagreed, claiming that helping weaker life to flourish would ultimately lead to more suffering when the Gardener’s help was finally removed. The two forces made a wager about whose philosophy was better, and that conflict is apparently what we’re playing through now. The Traveler wanders the universe, uplifting life, before the Darkness shows up and attacks. So far, the Traveler has always lost these conflicts and fled. According to Unveiling, humanity and the Guardians are the Traveler’s ultimate answer to the Darkness–we’re its last, best attempt to prove that its view is the right view.

Except, what if we’re not the Traveler’s last, best attempt? Lately, we’ve given the Traveler some pretty good reasons to be concerned about picking humanity to represent it in a final throw-down with the Darkness. After all, the Black Fleet arrived and immediately started offering gifts, and we Guardians took them. In Beyond Light, we started wielding the Darkness’s power alongside that of the Traveler with Stasis. The idea was that we would use the weapons of the enemy to defeat it, but there are lots of lore entries (specifically attached to the gear from the Trials of Osiris) that suggest plenty of Guardians are just falling to the Darkness’s side, growing cruel and corrupt. 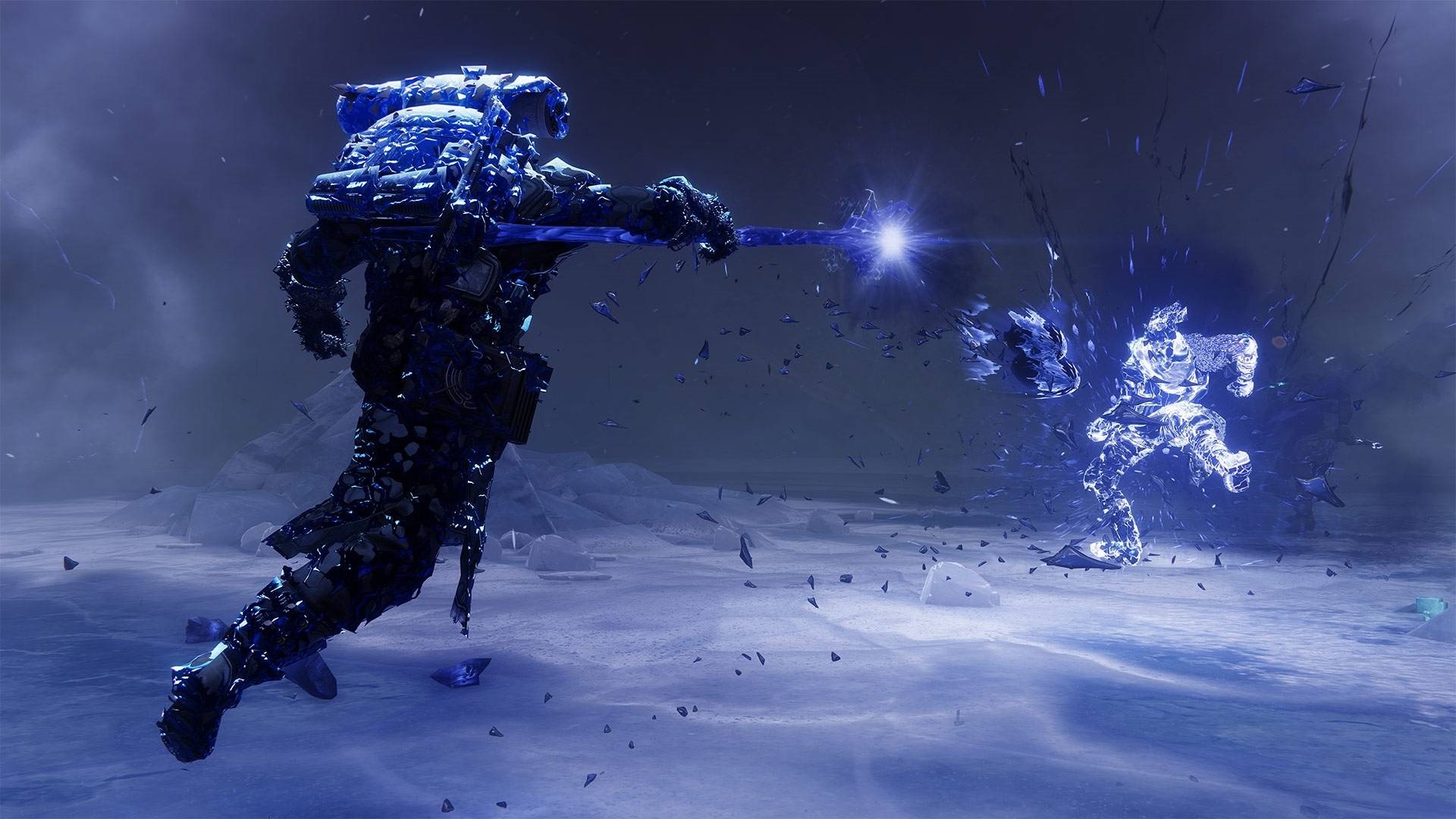 The Traveler has tried to counter the pull of the Darkness with gifts of its own. That’s what the mission Harbinger, which rewards us with the powerful Light-infused gun Hawkmoon, is all about. But it doesn’t seem to be enough; Guardians all over the place are running around, wielding Stasis, and even among humanity, people are split on the best course of action.

One might think the Traveler is watching all this and getting a bit nervous.

Meanwhile, we’ve got Savathun. As revealed at the start of the Season of the Lost, the Hive’s Witch Queen is looking to get rid of her worm, the parasitic organism all Hive have inside them. The Hive’s origin myth is all about the species’ pact with these worm gods, which grant the Hive Darkness-borne powers and force them to adhere to what they call the “Sword-Logic.” It’s the same as the Winnower’s philosophy: The Hive try to kill everything they can, as a way of pursuing perfection, or the “final shape” of life in the universe. Anything that can be killed must be killed, by the Hive’s reckoning, including themselves. The idea is the relentless pursuit of strength until nothing exists but the absolute strongest life possible.

The Hive get their power from the worms in exchange for feeding the worms through constant conquest and murder, but the Hive can never stop conquering and killing, because their worms never stop being hungry. Stop feeding the worm, and the Hive who bears it is consumed instead. And the more you feed it, the hungrier the worm becomes. So Savathun asking for help getting rid of her worm, looking to break free from this pact, is a rejection of the Sword-Logic and the life of constant murder and conquest. It seems the Witch Queen is pretty tired of this whole “endlessly killing, conquering, and deceiving” existence, but she can’t stop doing those things without being consumed herself. If she wants to stop serving the Darkness, she needs help, and that’s what the Season of the Lost seems to be about. 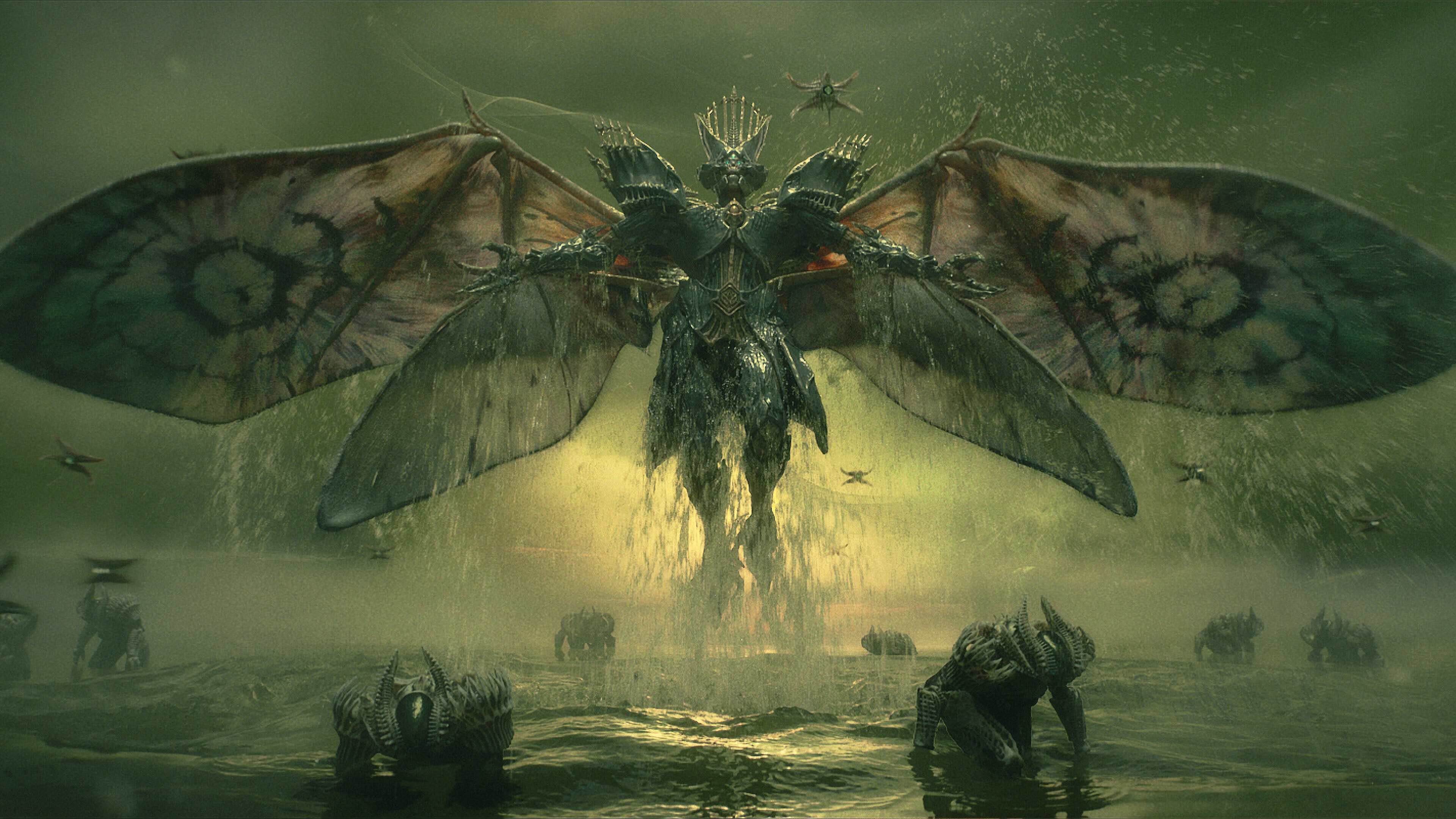 So consider the situation from the Traveler’s point of view. You’re making your final stand against your greatest enemy. The Guardians, your greatest heroes, have been tempted by that enemy, and many of them are falling to its influence–or at the very least, are willing to take its gifts and listen to its requests and ideas. Meanwhile, your enemy’s greatest asset, the ever-conquering Hive, has grown tired of your enemy’s philosophy and is jumping ship. For the Traveler, suddenly an opportunity has presented itself to use the Darkness’s sharpest tool against it.

If we believe what’s written in Unveiling (which might be a bit foolish, since it’s a description of the Traveler given by the Darkness), then it’s fair to say that the Traveler doesn’t really care so much about the individual species it uplifts for their own sake, but merely that it’s interested in life in general. It does not, perhaps, have a particular soft spot for humanity. Unveiling paints a picture of the Traveler as caring primarily about beating the Darkness. If the Hive give the Traveler its best shot to do that, then it’ll take that shot.

But that’s also a massive betrayal for humanity and most of the characters in Destiny 2, many of whom haven’t just dedicated their lives to fighting the Traveler’s enemies, but who worship it as a deity, the physical embodiment of the concept of Good. If the Traveler gives the power of the Light to the Hive, a group of beings that are essentially the embodiment of Evil, it flies in the face of everything everyone has ever believed about the Traveler. It would, in essence, destroy Destiny 2’s notion of God. The repercussions would be enormous.

If you ask me, though, that’s the direction Destiny 2 is going. So much of this year’s story has been about the ideas of peace, reconciliation, and forgiveness. According to Savathun, her many machinations this year have been about helping humanity, rather than harming it, and the results of those machinations do bear her out, at least to some degree. The Season of the Splicer in particular seemed to show Savathun testing humanity to see if it was capable of forgiving its enemies, and asking for help in destroying her worm suggests that Savathun may actually, potentially, be seeking forgiveness.

We’re clearly going to fight Light-wielding Hive when The Witch Queen launches in February, at least at first. But it seems to me the question for the future of Destiny 2 is whether humanity can get over this. Can we recognize the benefits in making allies out of former enemies when taking on something worse? Can we forgive the Hive, at least enough to co-exist or fight side by side? Can we withstand the abandonment of our god, or the realization that its benevolence has limits?

Of course, time will tell. But it’s worth keeping in mind what else we know of the future of Destiny 2’s story: namely, the titles of its last two expansions. The first is dubbed “Lightfall,” which is self-evidently ominous. The last, straight of the philosophy of the Hive and the Darkness, is “The Final Shape.” At the very least, things are set to get a lot, uh, darker.