Minecraft Biome Guide – All The Cold, Wet, And Weird Biomes

Note: This guide focuses on the Bedrock version of Minecraft, available on Windows 10, Xbox, PlayStation, Switch, and mobile.

While Minecraft has plenty of warmer biomes, some of the most beautiful are the coldest. The rare Ice Spikes biome will surprise you the first time you find one for yourself. And did you know that there are cows that grow mushrooms on their backs? These are Minecraft’s cold, wet, and weird biomes.

It’s like a desert, but for snow. Snowy tundra is typically very large, open, and empty–you’ll find trees here and there, but not many. What you will find are polar bears, which are exclusive to the biome, and white rabbits as well. Tundra also sports its own exclusive mob, the Stray, an icy skeleton with ranged and melee attacks that inflict slowness. 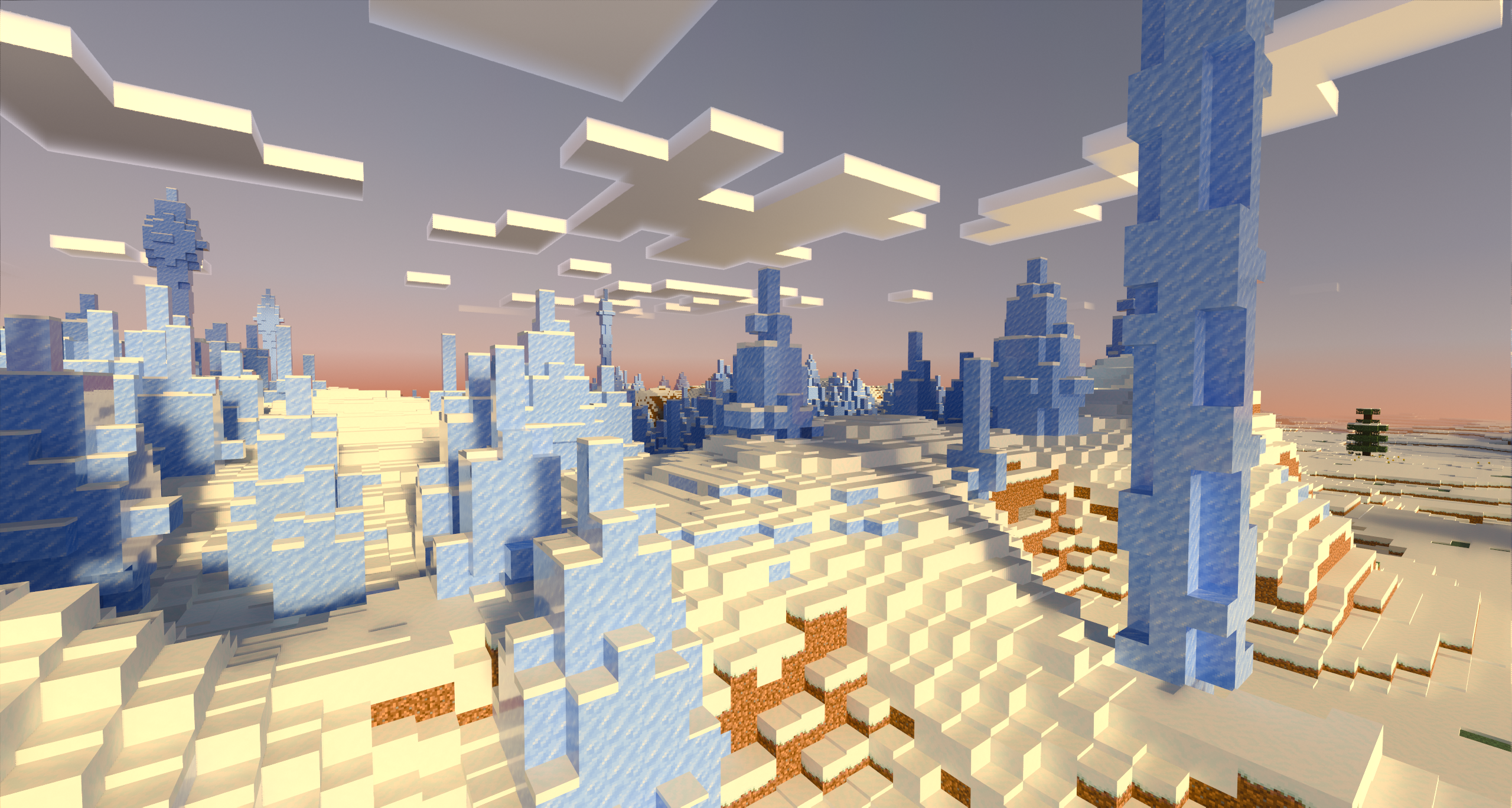 Ice spikes are a particularly rare biome, visually similar to eroded badlands, but with tall ice towers instead of terracotta. This biome is particularly bare, but if you find one, make sure to bookmark it with a map or coordinates.

Taiga forests are filled with regular and giant spruce trees, as well as ferns, thorny berry bushes, and mushrooms. Rabbits and wolves are common here; this also is the only biome where you can find foxes. Villages can spawn here, too. Depending on certain conditions, a taiga biome can generate snow and can be flat or mountainous. Giant taiga forests will feature larger spruce trees and, instead of normal dirt, podzol, a dirt variant. 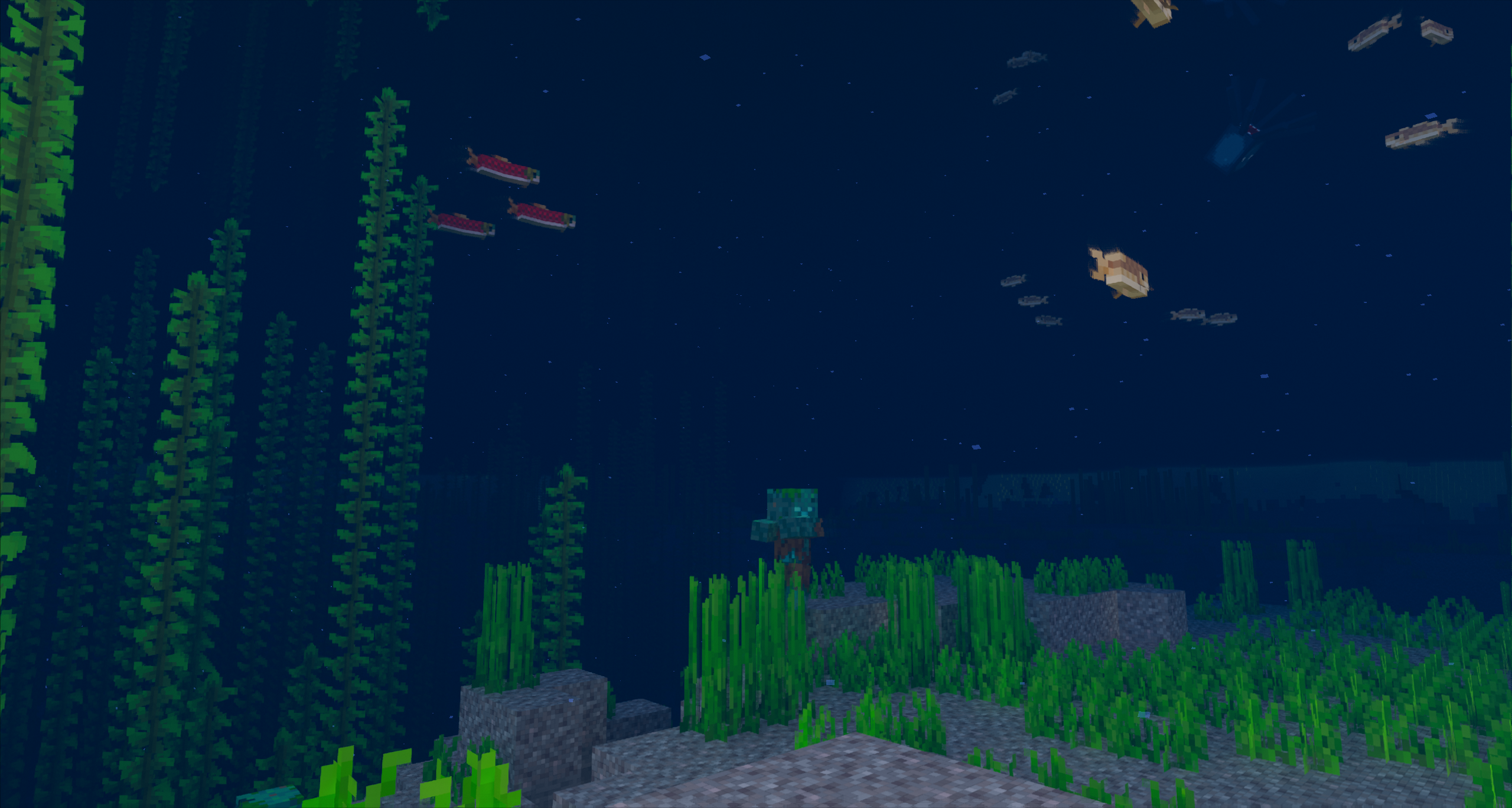 Oceans are the largest biome, and make up a large portion of the Minecraft Overworld. All oceans spawn at the same level. Ocean variants include deep ocean, frozen ocean, deep frozen ocean, cold ocean, lukewarm ocean, and warm ocean.

Oceans are as varied as they are deep. Warm oceans generate coral reefs and tons of aquatic life, including dolphins, pufferfish, tropical fish, and more. Deep ocean variants can spawn Ocean Monuments, which will let you fight guardians (a dangerous fish enemy) and collect sponges, a valuable tool for clearing out an underwater base. Shipwrecks also spawn in many of these biomes, giving the world a nice sense of history.

This biome is as weird as it is strange. Instead of regular dirt, this biome has mycelium, which grows mushrooms eagerly but nothing else–without a lot of work. The gray material gives off a spore-like particle effect, and giant mushrooms abound. Mushroom fields are also the exclusive home of Mooshrooms, a cow variant that has sprouted mushrooms on its back. They’re cute until you find out that you can milk them into a bowl for mushroom stew. Yuck.

« 3 reasons why Tezos (XTZ) price has gained 85% this month » If your iPhone 12’s earpiece failed, Apple might fix it for free