Monster Hunter Rise is out now on PC almost a year after it initially launched on the Nintendo Switch. With 4K support, high-resolution textures, and improved performance, it’s an impressive port of one of 2021 best games. The PC version also comes with all of the post-launch content released thus far, including a Ghosts ‘n Goblins crossover that sees you don the armor of protagonist Arthur.

The Ghosts ‘n Goblins collaboration adds a new Event Quest that rewards you with the materials you need to forge the Arthur Layered Armor. Here’s how to access the unique quest and craft the iconic armor of the Silver Knight.

First of all, you’ll want to travel to the Steelworks area in the village hub and talk to Senri the Mailman. Select “Add-on Content” and collect the “Knight in Shattered Armor” Event Quest from the list to add it to your quest board. You can also select “Collect All” to grab all of the DLC that’s currently available if you haven’t already done so. 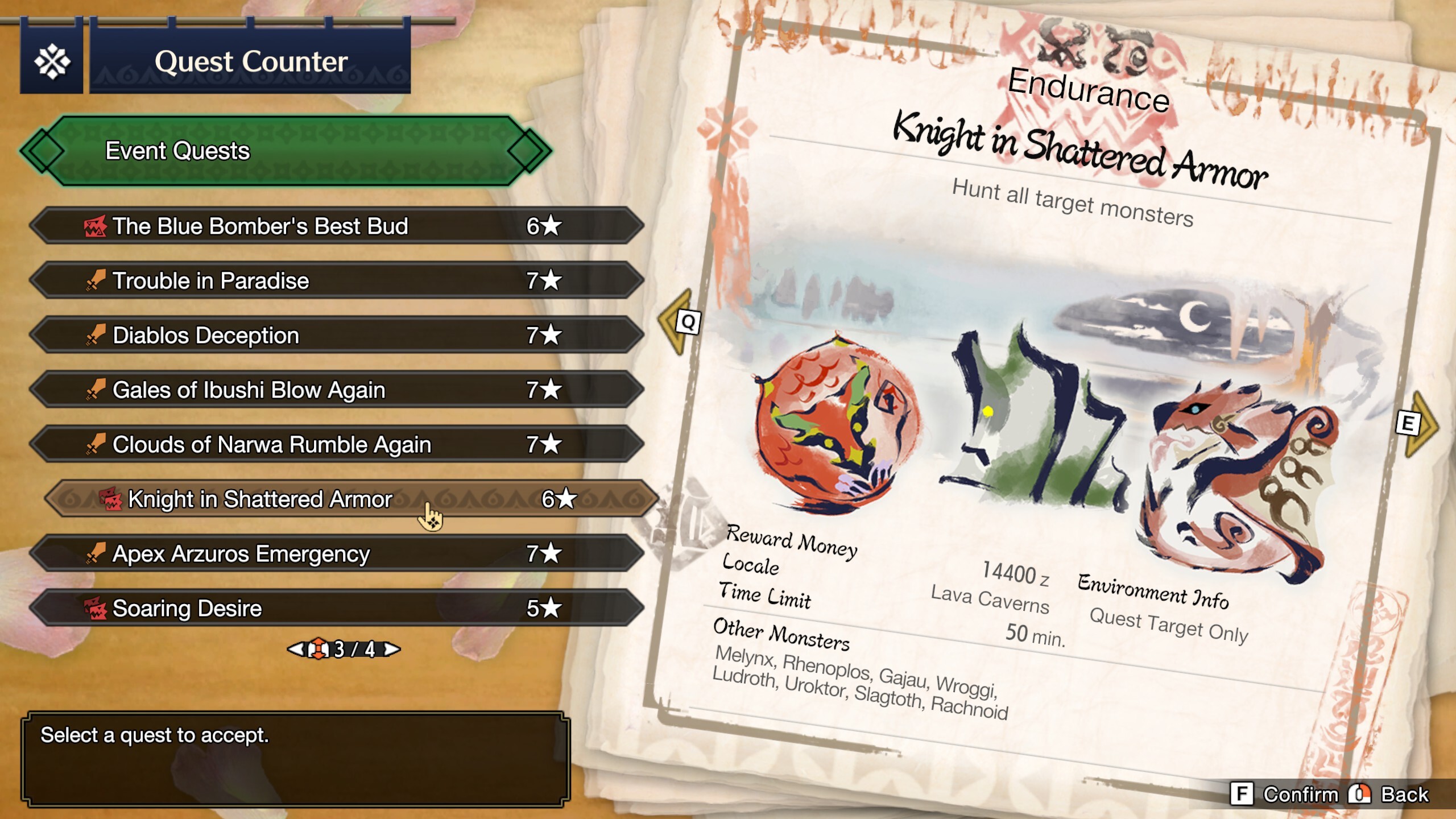 From here, you’ll want to head over to the Gathering Hub and speak to Minoto the Quest Maiden. Select “Event Quests” and you’ll find the Knight in Shattered Armor quest under the “High Rank” section. This is a 6* High Rank quest and you’ll need to be at least Hunter Rank 4 to access it.

The quest takes you to the Lava Caverns and tasks you with defeating three different monsters: a Basarios, Rathalos, and Volvidon. Equipping a weapon that deals water element damage is advantageous since all three monsters are weak to water. You can also set the quest as a Join Request Hunt so other players can join and help you complete take down all three within the 50-minute time limit.

Completing the quest rewards you with Broken Knight Armor–a crafting material that’s required to forge the Arthur Layered Armor set. You need four in total so you might have to complete the Event Quest a couple of times to earn enough. You also need eight points of Basarios+ materials, but if you don’t already have enough this is relatively easy to get by defeating the monster again. 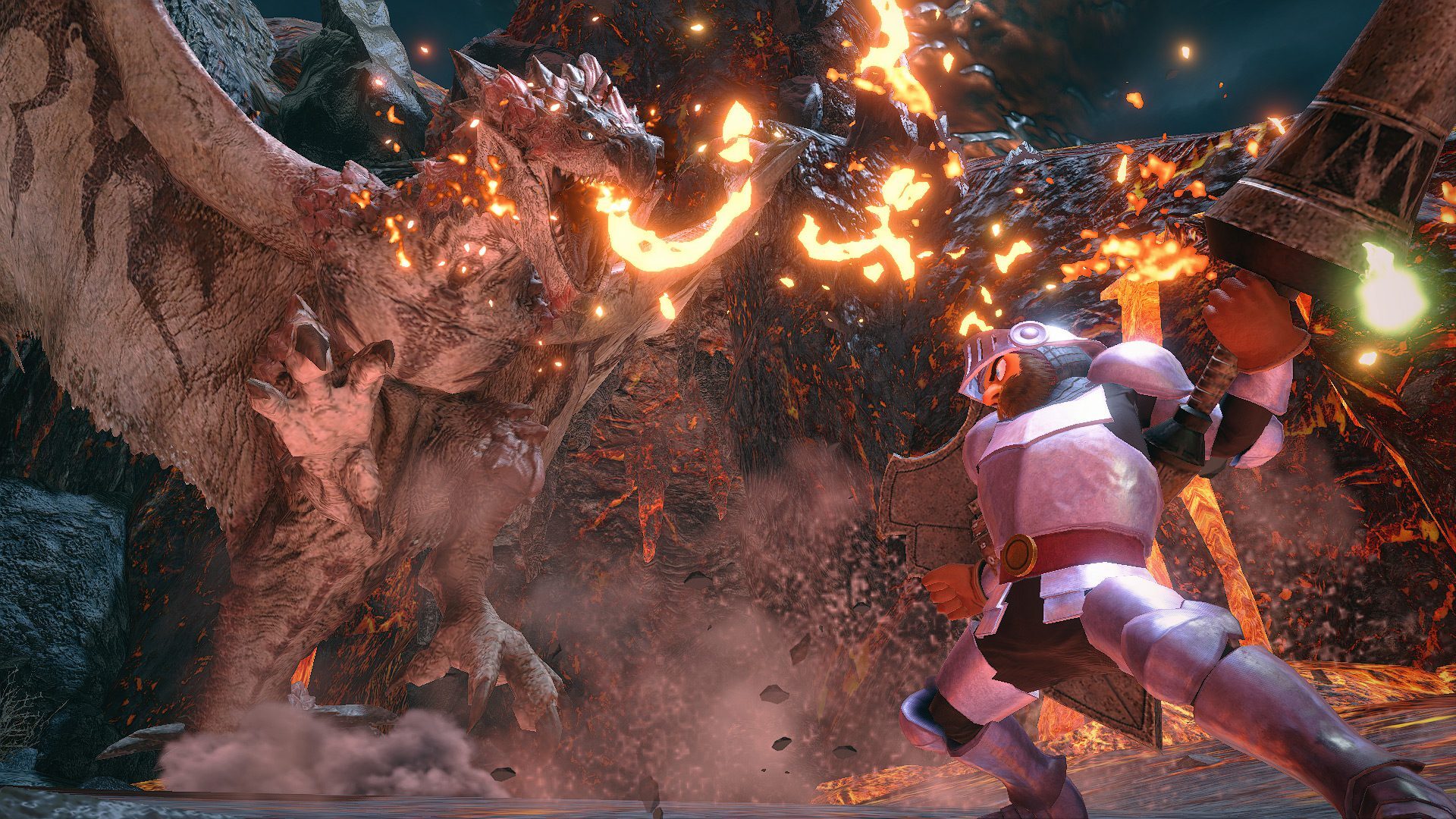 Once you have all of the requisite materials, head over to the Smithy and you’ll be able to forge the complete Arthur Layered Armor set. Aside from looking like the Ghosts ‘n Goblins protagonist, this set also transforms the kunai into Arthur’s Lance and gives you unique jump and quest completion animations.