If you’ve been wondering what the story is at the heart of Shin Megami Tensei V is, the latest trailer from the Atlus-developed game has plenty of exposition to share. Like previous games in the series, Shin Megami Tensei V focuses on a protagonist who has to battle numerous demons, having somehow been transported to an alternate dimension version where Tokyo has been overrun by the forces of the underworld.

On the verge of being killed by the demonic forces, the nameless protagonist merges with a powerful being to become a Nahobino, an entity that is neither human nor a demon. You can see the story unfold in the trailer below:

Returning gameplay elements include the ability to fuse with demons, along with new gameplay mechanics such as the Press Turn Battle System that allows players to pinpoint enemy weaknesses and perform risky consecutive actions. Atlus has also teased that the story will be filled with tragedy based on the choices that players make as they gain the power to survive the Da’at wastelands.

If you’re in Japan, the game has some colorful accessories to grab such as a protective cover and an adorable carrying case for Switch and 3DS games. 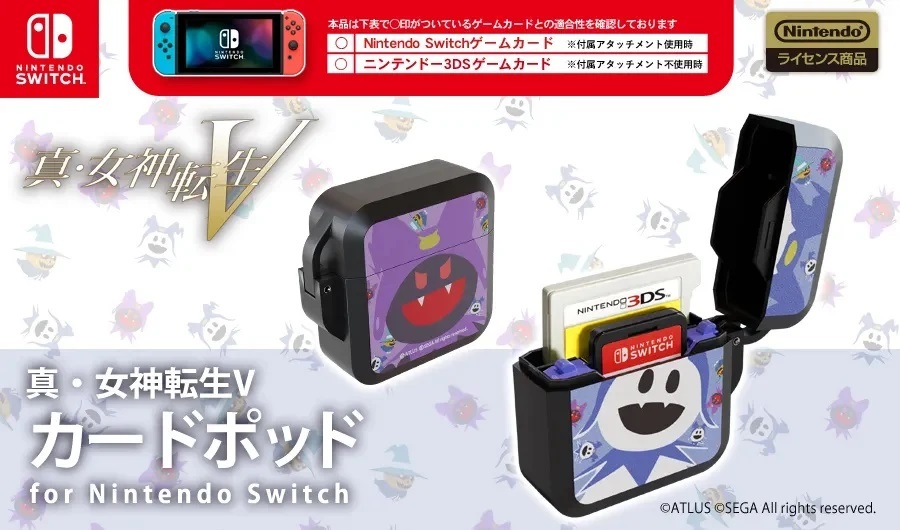