2K Games has released its first video of the upcoming WWE 2K22 game, which will arrive in March. The video focuses on new and returning gameplay modes, which includes Showcase and the triumphant and highly-requested GM Mode.

Full details for the upcoming game won’t be revealed until January 2022. However, the video does show off some incredible-looking graphics for WWE 2K22, and a few of the wrestlers we could be seeing in the upcoming game–as long as WWE stops releasing them all. Check out the video below.

The fan requested GM Mode, which will be called My GM in WWE 2K22, hasn’t appeared in a WWE game since Smackdown vs. Raw 2008. It allows users to book wrestling shows, build popularity of superstars, and figure out which is the dominant brand–Raw or Smackdown–based on ratings.

While the series was popular in the Smackdown vs. Raw series, it saw a resurgence of popularity with Xavier Woods and Tyler Breeze on the YouTube channel UpUpDownDown, as a weekly show titled Battle of the Brands. During a presentation for the press, Visual Concepts’ Lynell Jinks and Christina Diem Phan explained the mode will have you working your way up from booking gyms to television. 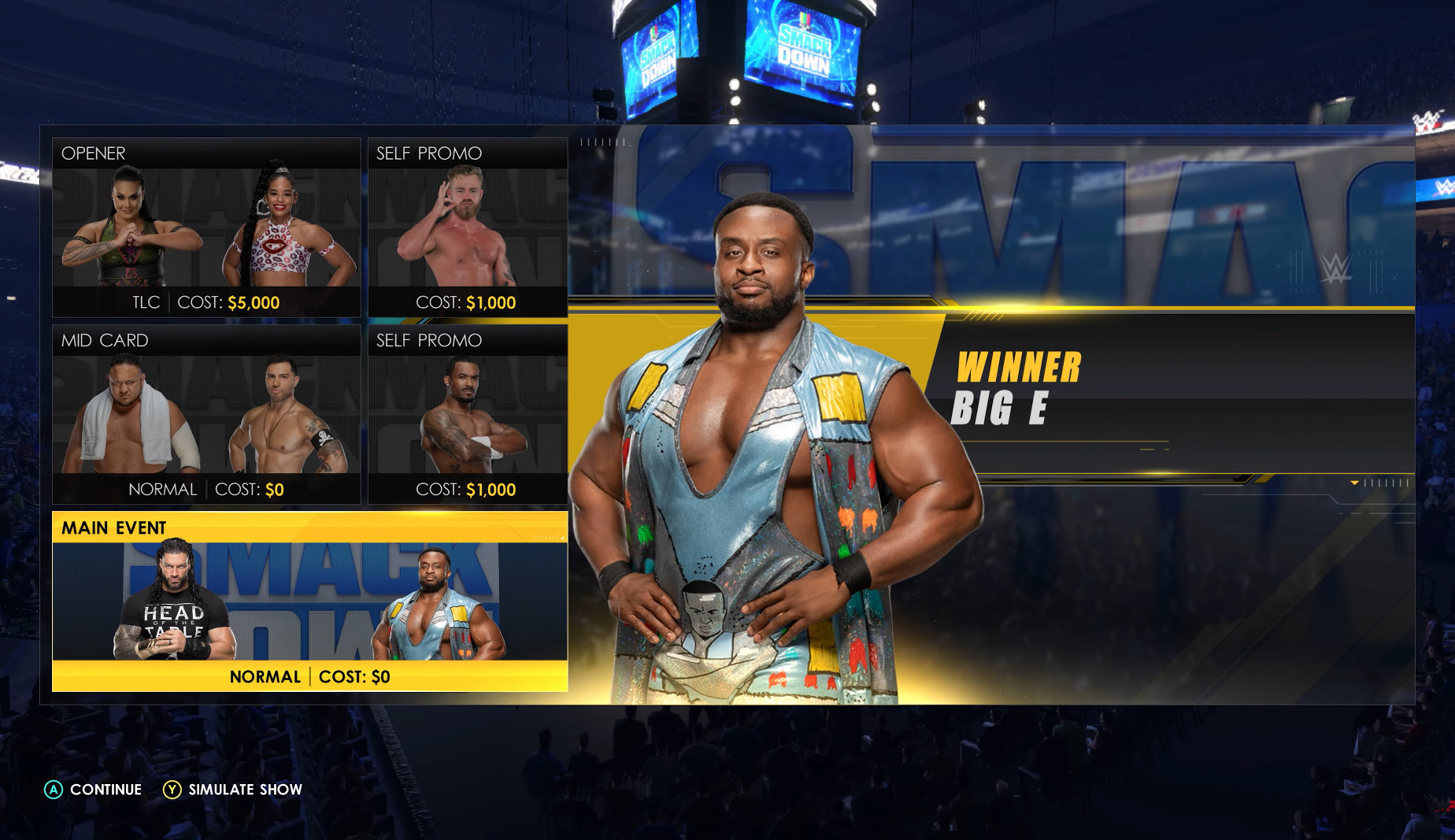 Showcase mode also returns, and while it wasn’t confirmed, it seems to revolve around the career of Rey Mysterio–as he appears in a documentary-style interview in the video above. In the past, the series has morphed into more of a 30 for 30 style of storytelling, where players take control of wrestlers during certain matches.

Additional modes mentioned are MyRise, which is the rebranded MyCareer Mode. You’ll create a wrestler and take them on a journey from nobody to WWE Hall of Famer. During the presentation the Visual Concepts team alluded that this won’t be as linear as previous installments, as the choices your character makes will lead to different subplots.

There is also MyFaction, which lets players build a legendary group of wrestlers. You will collect, manage, and upgrade superstars and take them into different game modes and/or weekly events. This is a single-player game mode where you can use virtual currency. This will not be a “pay to win” mechanic, so more than likely, the things you buy with the VC will be cosmetic. 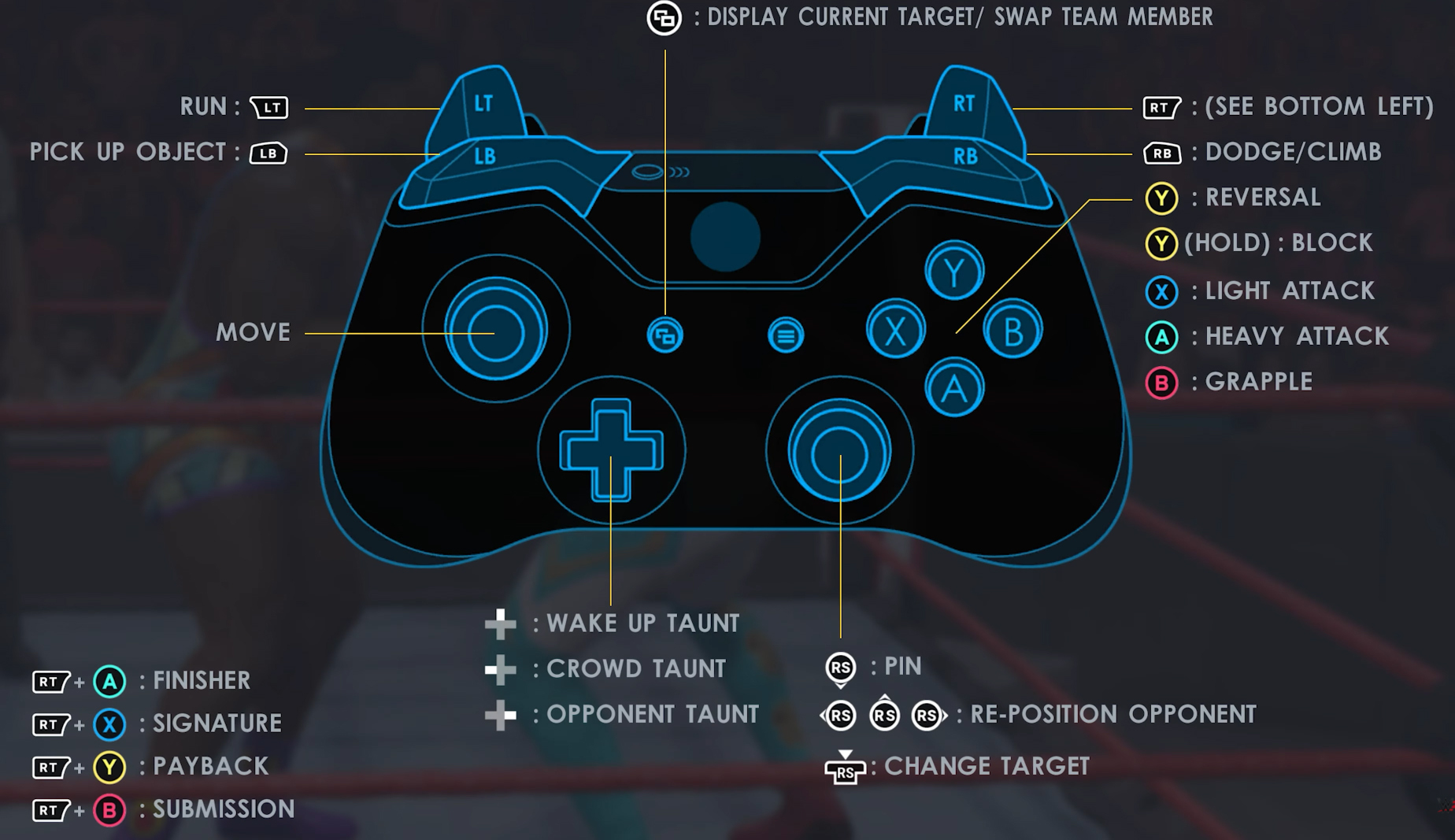 Very briefly, the new control layout was shown–for Xbox–which you can see above. Light attack and heavy attack are separate buttons for the first time in years. There’s now a block button as well. Finishers, signatures, paybacks, and submissions are all unique button presses, combined with the right trigger.

WWE 2K22 has been rebuilt from the ground up, including gameplay and motion capture. There will be 30,000 existing moves with 5,000 more added. Universe mode and the Creation Suite return, and this will be the most realistic-looking game in the franchise according to 2K Games and Visual Concepts. The plan is to make the most immersive presentation to date.

This comes after a year-and-a-half break from the troubled launch of WWE 2K20. Yukes left development of the game, and Visual Concepts had to rebuild while trying to hit a deadline. This left users with a game that had a ton of bugs at launch. While eventually patched, the damage had been done.

GameSpot’s wrestling podcast, Wrestle Buddies, discussed the press event they virtually attended and what they expect from the game. You can check that episode out below, which features predictions for WWE Survivor Series, the PPV airing on Peacock on Sunday, November 21. Come back to GameSpot on Sunday for live coverage of the event.