Sony has officially announced a new series of PS5 console covers priced at $55, which will come in Nova Pink, Starlight Blue, and Galactic Purple color schemes. Sony says that these “galaxy-inspired” colors will launch globally starting in January 2022 at participating retailers, and can easily be applied to existing PS5 consoles and its disc-free Digital Edition. Simply pop the current white cover off, click the new one of your choice into place, and you’ll be good to go.

In addition to that, new color variants of the DualSense controller are also on the way, joining the previously released Midnight Black and Cosmic Red versions. Similar to the PS5 covers, these controllers will also be available in Nova Pink, Starlight Blue, and Galactic Purple.

Back in November, a patent filed by Sony implied that replacement faceplates were on the way, as the company registered documents for an “ornamental design for a cover for an electronic device,” with diagrams of the PS5 faceplates being used for illustrative purposes. 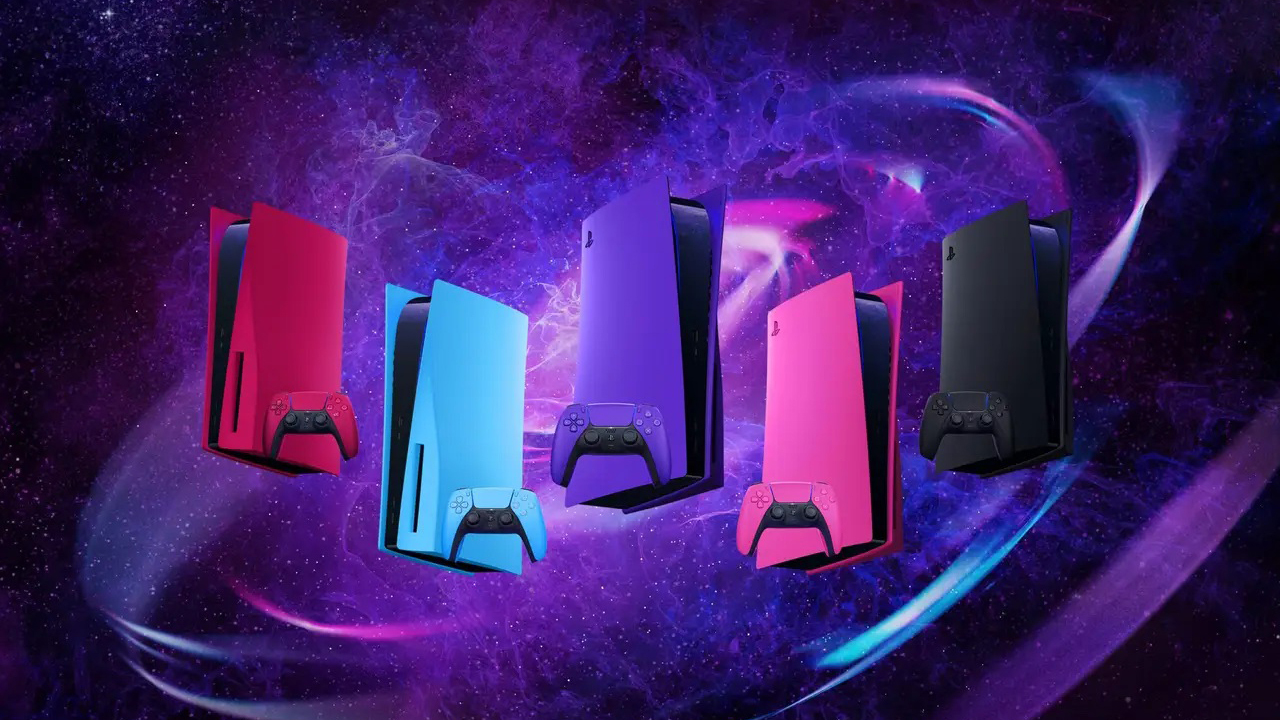 Previously, the only way to customize a PS5 was to grab a can of spray paint or a third-party option from companies such as Dbrand, which offered “Darkplates” for $50. That product attracted Sony’s legal team in 2020, and Dbrand received a fresh legal threat from Sony’s lawyers, which resulted in the company shutting down all Darkplate production and replacing them with the more distinctive Darkplate 2.0 shells.

If you’re looking to grab one of the official PS5 faceplates, preorders are now live on Sony’s website.