The new year is nearly upon us, and Niantic plans to celebrate the coming of 2022 with four days of Pokemon Go perks via an in-game event.

The event begins December 31 at 10 PM local time, ending at 8 PM on January 4. The event kicks off with an in-game fireworks display available for players to enjoy as they catch ’em all, starting one hour after the 10 PM event start time and running until midnight January 2.

The game will offer multiple buffs centered around hatching eggs throughout the long weekend, including those that only need half the time to hatch while offering double the amount of Stardust and Candy. New Year-themed avatar items can be purchased from Shop with Pokecoins, including 2022 Glasses and a full outfit to match. 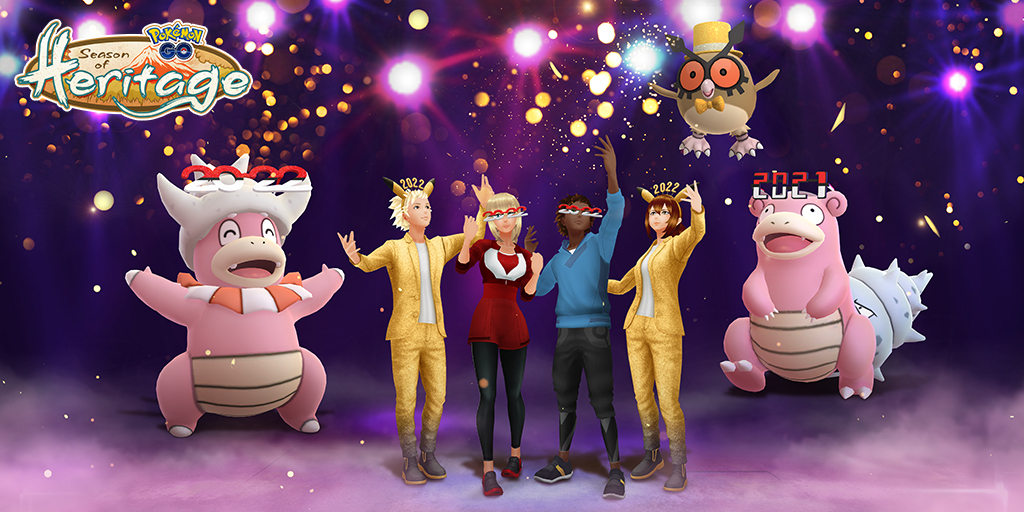 Best of all, multiple costumed Pokemon both new and from years past will appear in the wild, in raids, and in research encounters throughout the event, while also hatching from 7 km eggs. The Pokemon available during this time are as follows:

This will be the first Pokemon Go event solely dedicated to 2022, and it directly follows the Winter Holiday Event that began on December 16 and runs until December 31. That event features other costumed Pokemon, special appearances from Galarian Darukama (among others), and the new Postcard feature that lets you save a picture of a PokeStop as a postcard in an album.