Between adding to its story in Control and revamping the game’s visuals with Alan Wake Remastered, Remedy Entertainment has suddenly brought cult classic Alan Wake back to its fans in a big way. More than 10 years after its original release, the remaster also makes Alan Wake available to a new audience–both younger players and PlayStation console owners for whom it was never available before.

While the update work in Alan Wake Remastered mostly focuses on giving the game, originally released on Xbox 360 and PC, a graphical overhaul, it also provided Remedy a chance to look back at what it had created. For Remedy creative director Sam Lake, who was the lead writer on Alan Wake, returning to the story and adding to it in Control didn’t lead to a lot of feelings of what could have been, but instead, excitement about what Remedy had achieved.

“Time is a funny thing. Coming out of the project, after being so focused on making it, trying to get everything in, you often see a lot of the problems or miss the things that didn’t make it in,” Lake said in an email to GameSpot. “Coming back to an older work, mercifully, all of that has faded away and you can look at the work with fresh eyes, appreciate it as a whole, and not miss those details. So, it’s all positive. I am, and we are, very proud of Alan Wake. It makes me very happy. And many elements invented there are still part of the Remedy game formula, being refined further in Control, for example.”

Playing on PC, it’s remarkable how well the original Alan Wake even holds up in gameplay and visuals. Much of what makes it such a strong experience more than a decade later, apart from its story, is its oppressive psychological thriller atmosphere. Scenes throughout Alan Wake are marked by swirling darkness, blowing fog, and thin, meager light straining at shadows.

That atmosphere is something Remedy and its partner on the remaster, d3t, said was essential to maintain. From a technical standpoint, the remaster provided a chance to update the game’s lighting technology, but that also meant that care had to be taken not to lose what made Alan Wake feel so creepy.

“The atmosphere of Alan Wake is a large part of its visual identity and was of great importance for us at d3t to preserve the original feeling that it created,” d3t art director Anthony O’Donnell told GameSpot in an email. “The classic version of the game had localized volumetric lighting, but also created the ‘suspense-filled’ atmosphere that we all loved, using a mixture of fogs and fog particles within the environment. These were retained within the remaster to keep the original aesthetic; however, we introduced a new global volumetric lighting solution to further enhance these elements. This then meant that the original features had to be rebalanced to sit alongside the newly introduced lighting.” 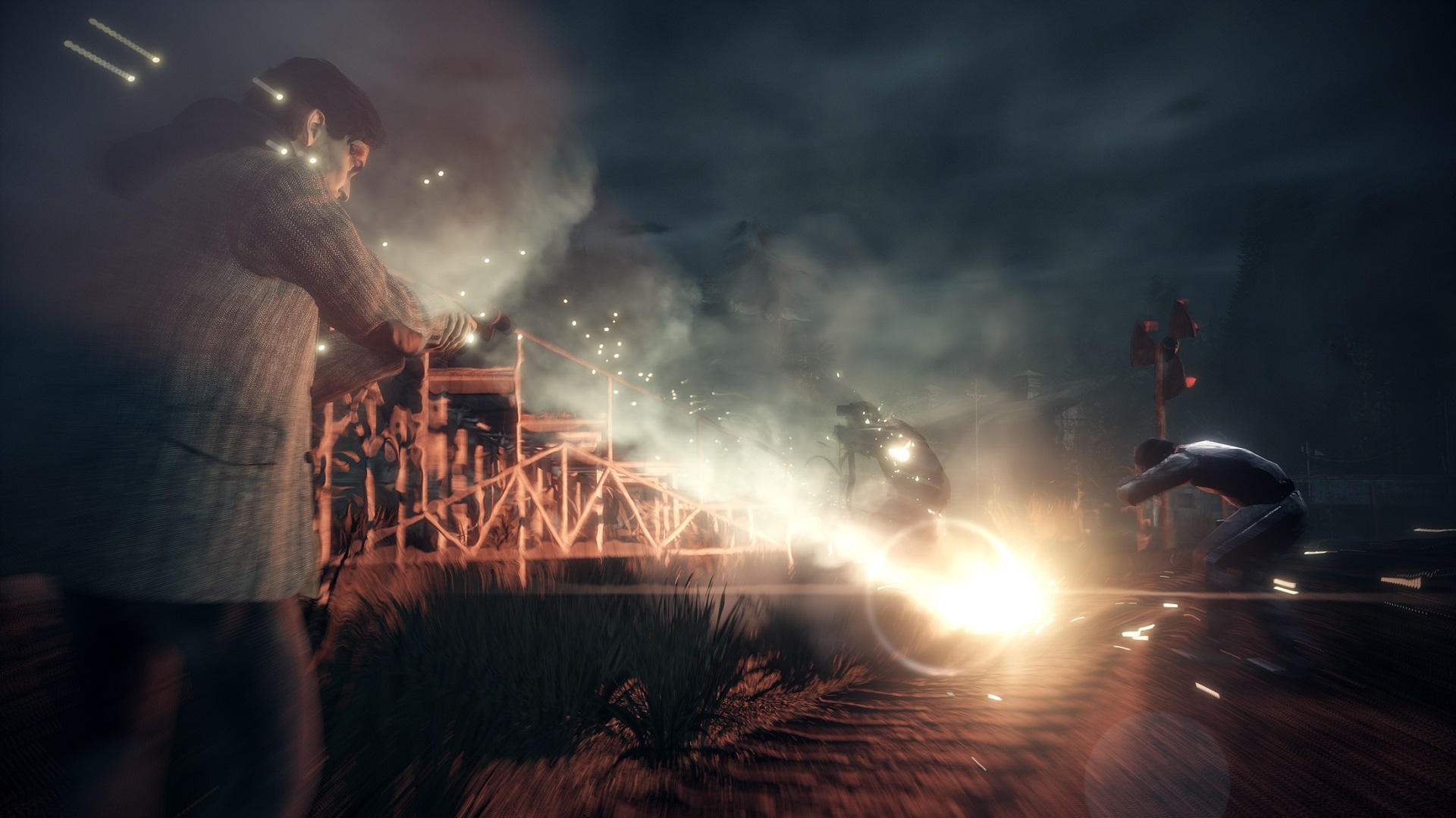 The result of those efforts is impressive–Alan Wake Remastered is a pretty great-looking update, as we noted in our review. Enhancements to its lighting work to deepen its oppressive spookiness, especially since the interaction of light and shadow is so prevalent throughout the game. Other improvements are mostly to textures and in-game character models, specifically the ones that appear in cutscenes. In the original Alan Wake, the differences in character models when moving between gameplay and cutscenes is a bit jarring, so Remedy and d3t worked to improve to make characters more realistic and expressive in the remaster.

Alan Wake Remastered also marks the first time the game has been available for PlayStation. Remedy community director Thomas Puha told GameSpot in an email that developing Alan Wake Remastered for both current-generation and last-gen platforms was “a pretty intimidating task by itself,” so the developers weren’t able to lean too hard into PlayStation-specific features. That said, they did get a chance to add some PS5 accoutrements to enhance how the game played on that platform, including Activity Cards and specific DualSense controller features.

“We have some carefully selected DualSense support,” Puha said. “For example, you can feel the tapping when Alan puts the bullets into the chamber of the revolver and the tension of the right trigger is different depending on the weapon. Using the flashlight feels better too on modern controllers with better sensitivity on the triggers. It’d be great if we could have done Deathloop or Returnal level of DualSense support, that could have really helped the immersion. We and our development partner d3t had to focus on ensuring that first and foremost the game is a great experience on all the platforms it is shipping on–that came first.”

PlayStation support, upgrades for current-gen hardware, and enhanced visuals mean that more players now have a chance to play Alan Wake than might have in the past. Thanks to Easter eggs and DLC, Alan Wake now ties into Control as part of what the studio is calling the Remedy Connected Universe–so playing for the first time or revisiting it in Alan Wake Remastered now offers fans more ways to see how those stories link together. 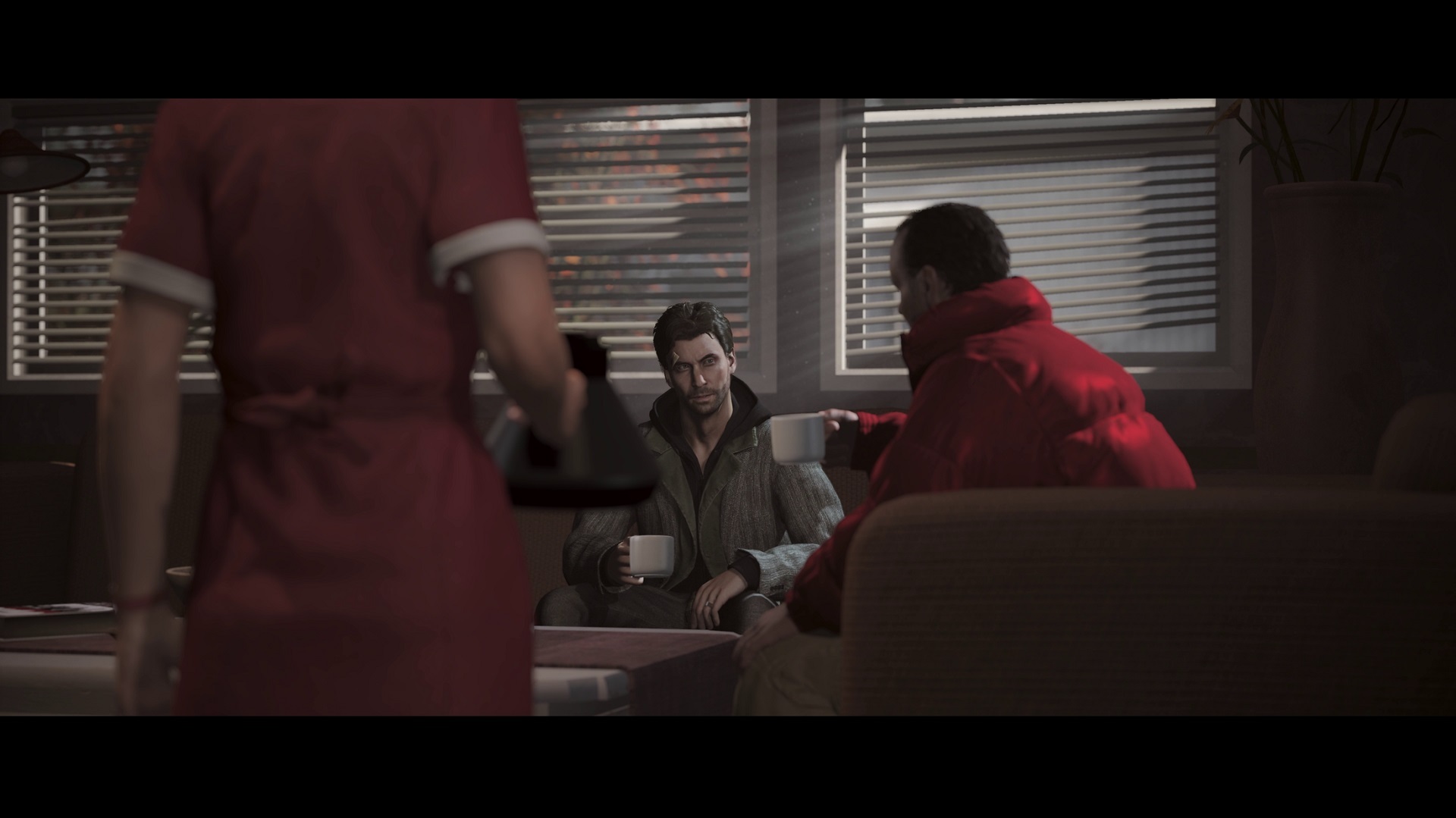 They might also see how the story of Alan Wake has evolved over time. For Lake, revisiting Alan Wake through Control has changed his perspective on the character and the story.

“Coming back to write more Alan Wake in Control felt very easy and natural, like coming back to meet an old friend,” Lake said. “And yet, it made me realize that I have grown as a writer, and my perspective on certain ideas and themes related to the character have shifted and evolved. It’s something that is very natural, of course, but without that opportunity, I might not have realized it as concretely. It made me feel grateful for the opportunity. And I absolutely love the fact that now that there is a new audience who have been introduced to Alan Wake via Control, we are able to bring back the original game in a new remastered form for those players to experience as well. And of course, for the old fans as well, who have been tirelessly asking for it.”