A total of five bundles will be available, including the Ford F-150, Summer Formal, Knight Rider, Back To The Future, and Jurassic World bundles. Four of them will feature an iconic car like the Ford F-150, KITT (Knight Rider bundle), DeLorean (Back to the Future bundle), and the Jeep Wrangler (Jurassic World bundle). One of them, the Summer Formal, is exclusively available on July 7 and includes the Fancy Formal decal for the Octane. There’s no information available yet on what the bundles will be priced. 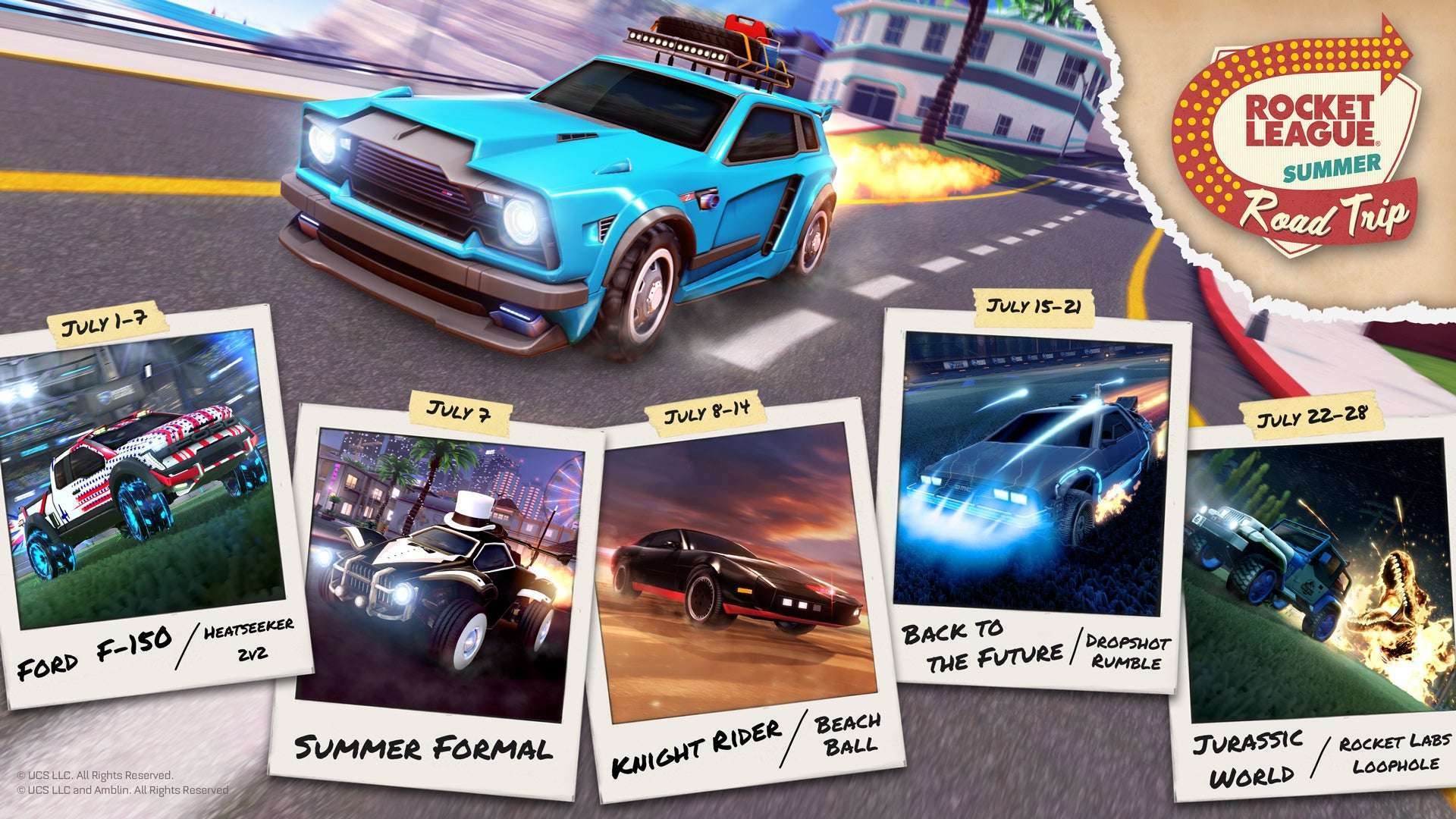 The limited-time modes include Heatseeker Live, 2v2 Beach Ball Live, 3v3 Dropshot Rumble, Rocket Labs: 3v3 Loophole Live. They won’t all go live at once; dev Psyonix will sprinkle them across the weeks of July:

In Heatseeker, the ball will go towards the opposing net when hit. Beach Ball, like the name implies, features a lighter beach ball than the usual soccer ball. In Dropshot Rumble, the rules of the game have been tweaked to breaking hexagon panels on the floor with the ball instead of the usual ball-in-net goal. Loophole asks players to score points by dropping the ball into holes on the floor.

In other Rocket League news, a Formula 1 crossover DLC was recently released. It costs $20 and includes decals like the Alfa Romeo and McLaren.

« China’s Tiangong space station: What it is, what it’s for, and how to see it» Lockheed Martin wins $4.9 billion contract to build advanced missile-warning satellites