Giant Bomb’s Jan Ochoa and Matt Rorie traveled to Valve’s headquarters in Bellevue, Washington to check out the Steam Deck. The two touched on multiple aspects of the portable PC, talking about things like how new-user-friendly the device is for newcomers unfamiliar with the Steam ecosystem.

In the nearly 20-minute-long video, Ochoa and Rorie, sat crossed-legged on a grassy field in front of some shrubbery, ran through their impressions. They talked about several games they played on the latest prototype, including Control, Doom Eternal, and Hades. Both Ochoa and Rorie said the device is “neat” for the price and functionality, though games can take a while to load.

One of the more interesting tidbits about the Steam Deck comes toward the end of the impressions video. Rorie, a PC aficionado, said the handheld device is a “PC and it works,” essentially underscoring just how familiar PC players will be with the handheld. At the same time, Ochoa called it “dummy friendly.” For him, someone largely unacquainted with the Steam ecosystem, the device is an excellent introduction to Steam and PC gaming in general.

Ochoa and Rorie also captured photos of the Steam Deck in their hands, on a desk, and next to other handheld devices (like the Game Gear and Switch). Additionally, there are images of the portable PC plugged into monitors to illustrate both its functionality and versatility. You can check them out below. 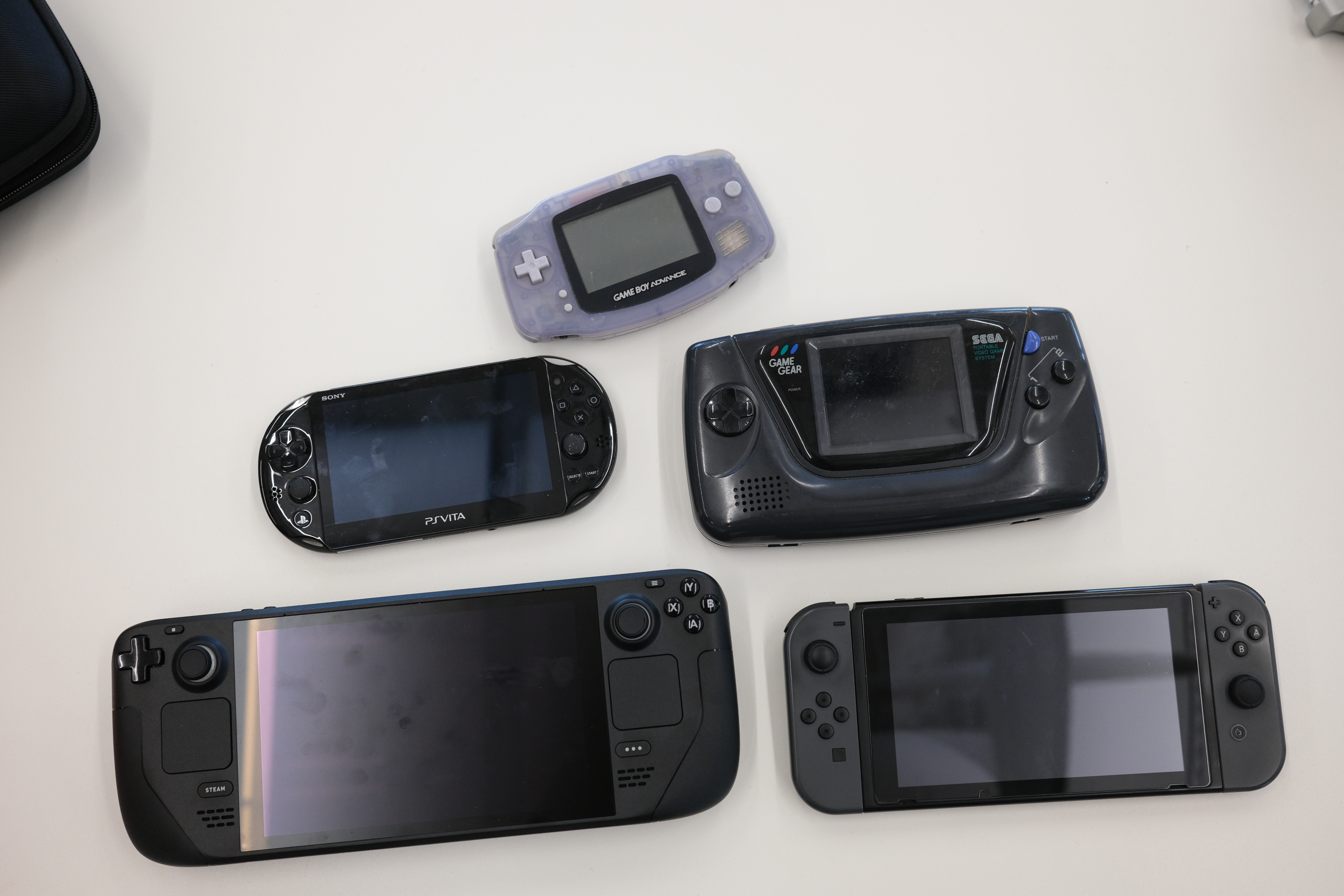 The Steam Deck next to an Advance, Game Gear, Switch, and Vita.

The Steam Deck launches this December, with order availability opening after Q2 2022. Check out our Steam Deck preorder guide to stay up-to-date on all the latest information about placing a $5 reservation. Also, the company could be considering other colors for the handheld device.