Fortnite Chapter 3 has arrived, which means the Season 1 battle pass is here to bestow upon dedicated players 100+ new cosmetic items, including eight new characters, lots of alternate styles, new gliders, pickaxes, and more. While the major new additions are definitely Spider-Man and The Foundation, there are lots of fun new items to earn this season. Let’s break down everything in the Fortnite Chapter 3, Season 1 battle pass.

As mentioned, the star of the show is Spider-Man, and Epic knows it. The developer has put the webslinger at the center of its new promotional art, and with three different Spider-Man suits to unlock this season, it makes sense. Comic fans are going to love the options of the traditional Spidey, as well as symbiote and Future Foundation alternates. This season even includes the Spider-Man pointing meme as an emote, so when you find other webheads out in the world, you can stand in awe at your doppelganger.

The Foundation is also going to be a big deal because we now know for sure that he’s played by The Rock, both in likeness and voice. The Foundation is this season’s “secret skin,” which these days is less of a secret and more of a waiting game. He won’t be unlockable in Fortnite until around February 6 according to in-game menus. At that time, he and his full range of cosmetics will likely come with their own challenges you’ll need to complete in order to unlock them all.

In the meantime, six other characters are introducing themselves for the first time in Fortnite, including a walking gumball, a mysterious mask-maker, and several warriors inspired by world history. Here are all eight battle pass characters by name:

You can see a preview of their full cosmetic ranges below, including all bonus styles to earn after level 100. Enlightened styles will be revealed in the coming days for players who seek to clear level 200 in the battle pass. 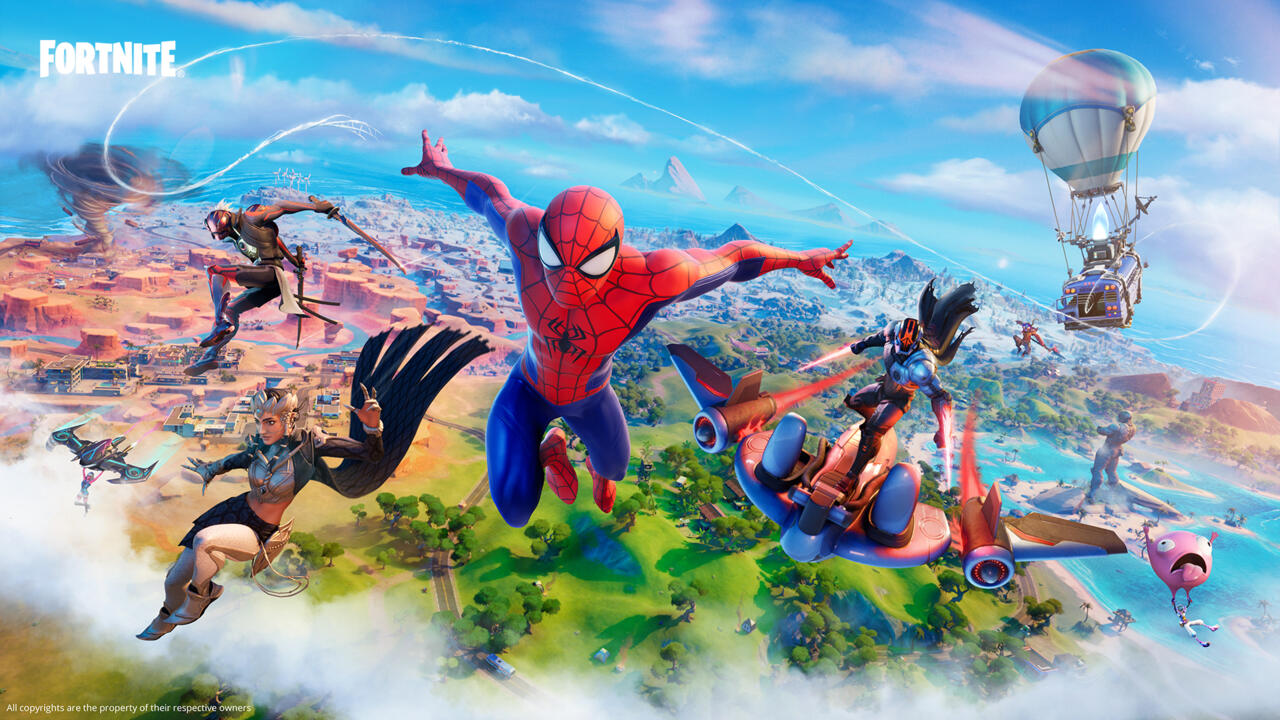 Fortnite Chapter 3 starts off with quite a bang.

Alongside the battle pass, we know to expect more collaborations and original characters all season long. Epic has already teased more “friends and foes” from Spider-Man will be on their way (Miles Morales when?)

We also know that Marcus Fenix and Kait Diaz will be on their way, coming over from the Gears of Wars series, which Epic Games helped create. It’s going to be another eventful season, so stay tuned as we cover it every step of the way.

« It’s time for the philanthropic sector to embrace digital currencies » The first trailer for Spider-Man: Across the Spider-Verse (Part One) teases a stunning animated sequel