World of Warcraft Classic players have conquered every challenge that awaited them in Azeroth with record speed, but now new challenges await through the Dark Portal as part of the game’s The Burning Crusade expansion, which launches later today, June 1.

The exact time of the Dark Portal’s opening depends on which time zone you are in, which Blizzard has broken down below. 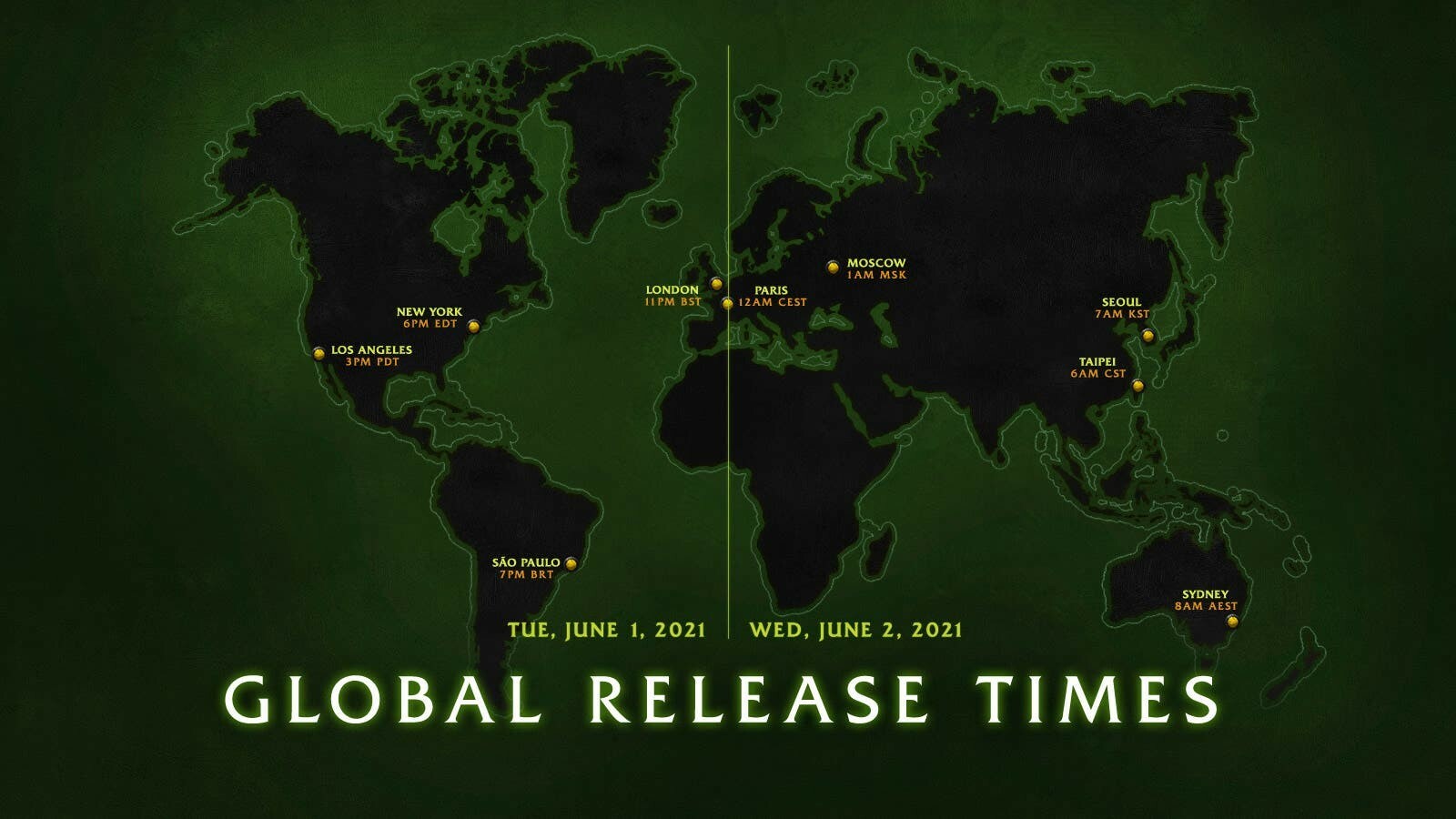 The launch of Burning Crusade Classic follows a shortened pre-patch period where players were able to level new race and class combinations like Blood Elf paladins and Draenei shamans, while also experimenting with new abilities and talents across each of the game’s nine classes. Players also had to choose whether to move on to the Burning Crusade, or keep their character in what Blizzard is now calling “Classic Era” servers.

Burning Crusade was WoW’s first expansion, and brought with it a number of huge changes to the game, including a new world to explore, the introduction of flying mounts, and the popular Arena PvP mode. But the Burning Crusade Classic won’t be an exact replica of the game that first launched in 2007.

For starters, the game now sports a paid level 58 character boost, implemented with the intention of being an option for players who didn’t play WoW Classic but want to participate in The Burning Crusade, along with a digital deluxe edition which includes a mount not seen in the original game.

Endgame content like raids will be rolled out in phases, with only a few available at launch. That’s a big change from original Burning Crusade, where most of the game’s content was technically available from the get-go, albeit locked behind a lengthy and complicated attunement process. Changes have been made to the game’s arena rating and matchmaking systems to be more modern, and while the game will be running on the last version of The Burning Crusade, Blizzard has made it clear it doesn’t want the game to be quite the cakewalk Classic turned out to be. As a result, players will have to contend with pre-nerf versions of many raid bosses, at least initially, while other tweaks and adjustments have been made to certain items and professions to ensure that, in an age of in-depth guides and datamining, the more than 15 year old content isn’t a complete pushover for modern players.

As for what comes next after The Burning Crusade Classic, Blizzard isn’t saying. In a recent IGN interview, WoW game director Ion Hazzikostas said nothing was set in stone, but that Blizzard was dedicated to the WoW Classic community for the long term.

“It truly will reflect what we hear from that community, what they’re looking to do, how they see the journey ahead of them unfolding,” Hazzikostas said. “And we have a few options that we can consider, but first things first, let’s get them into Outland. Let’s make sure that experience is smooth and everything is as it should be for them. And then we’ll figure out where we go from there.”