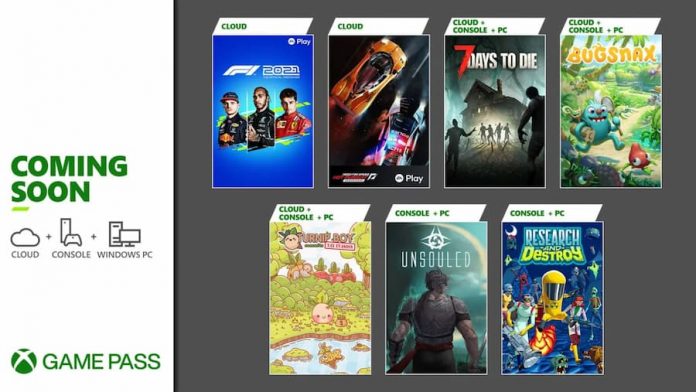 Before April’s out, there’s another wave of Xbox Game Pass titles to hit the service.

It’s an altogether smaller line-up than we’re used to, but with two day one drops, it’s worth paying attention to nonetheless.

Here are the new games coming to Xbox Game Pass before the end of April:

A PlayStation 5 launch title, Bugsnax has now made its way over to Xbox. And if you’ve not played it, this delightful adventure about collecting bug-snack hybrid creatures is well worth your time. We’re also intrigued about Unsouled, a game that first caught our attention back in 2019. It’s a punishing action RPG that promises to “push your reflexes to the limit”. We’re up for the challenge – bring it on.

Microsoft has also announced that more Ubisoft titles will be coming to Xbox Game Pass in the coming months. In the next two months, Assassin’s Creed Origins and For Honor: Marching Fire Edition will be available to play on console, PC and cloud.

As for games that are leaving Xbox Game Pass? Four will be leaving the service on 30th April. That gives you 11 more days to play them or purchase them with a member discount. They are:

« How to take screenshots on your Windows 11 PC » Bitcoin climbs above $41K on Wall Street open as gold dives, dollar cements highs