A month on ‘Mars’: Flags and footprints of the moon and Arctic 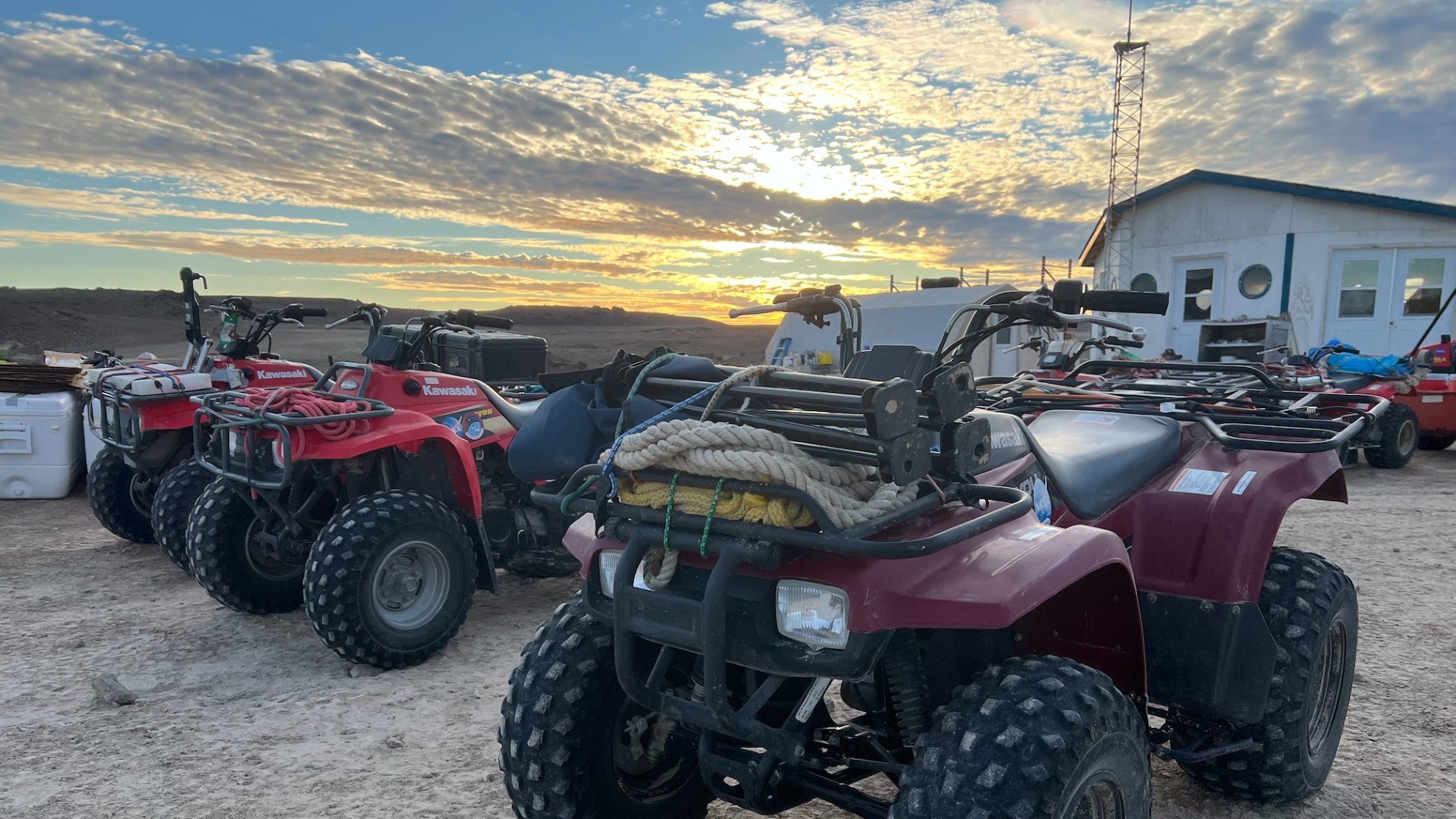 The Apollo lunar landing missions have often been referred to as “flags and footprints” sorties.

It’s a somewhat derisive term, referring to America’s mad dash to reach the moon before the Soviet Union, tramping around picking up rocks, and planting the U.S. flag to announce our accomplishment. To characterize the magnificence of the Apollo missions in this way is to ignore the vastness of the project, but the description has stuck.

We too are planting flags and leaving footprints, but in a very different way. Any ATV traverses leaving from the simulated Mars base at the Haughton-Mars Project (HMP) on Devon Island are carefully restrained to existing paths — Pascal Lee and his team are very diligent about protecting any terrain off-trail. The flags are a somewhat different story.

Related: A month on ‘Mars’: Get to know the Haughton-Mars Project

Rod Pyle is a space historian and author who has created and offered executive leadership and innovation training at NASA’s Johnson Space Center. Rod has received endorsements and recognition from the outgoing Deputy Director of NASA, Johnson Space Center’s Chief Knowledge Officer for his work.

There’s a proposed phenomenon in long-duration missions in distant outposts known as third quarter syndrome. In essence, it is a time when people become increasingly aware (and annoyed by) the routines, habits, and quirks of others, while the end of the mission is still far off. Some crew members begin to turn inward, become less engaged, may suffer from depression, and in some cases, even become violent. Such occurrences have been noted at various polar outposts, other remote postings, and incidents of depression and withdrawal have even been noted on the International Space Station, according to NASA’s records.

While the third quarter syndrome is not universally accepted by the psychological community, there’s no question that moods change over long periods of confinement with a team. While we are only deployed here for three weeks and are unlikely to witness lone wolves obsessively sharpening knives in a dark corner, morale is still something to be considered, even if just for the sake of a better experience for all.

With 24 summers’ experience at his HMP station, and a winter-over in the Antarctic, Pascal has contrived various methods to stave off the inevitable ennui. There are talks on topics relevant to our experience given on some evenings. On other nights we may gather around a laptop top watch a film — when learning of this, I of course immediately downloaded a copy of John Carpenter’s 1982 polar horror classic, “The Thing.” There’s nothing like pondering which of your crewmates might try to assimilate your body when you’re asleep to help induce a restful night. My teammates enjoyed the grim but campy film.

John Schutt, to left, instructs Gabriel Dubé and Sawan Dalal on ATV use at the Haughton-Mars Project base. (Image credit: Courtesy of Rod Pyle) (opens in new tab)

Also in my trip preparations, I designed and commissioned a couple of flags. There’s a long tradition of emblematic flags being carried on all kinds of expeditions large and small across the centuries, and the highlight of this was during the period of European colonial expansion. While much of that era is considered distasteful by today’s standards, the Golden Era of polar exploration seems relatively immune—the hardy Europeans who strove to reach the poles did not seek to colonize any people or monopolize resources; they were there primarily to claim the valor of their achievement. And, of course, to plant flags.

It was in that spirit that my first HPM Summer Campaign 2022 flag project was born. I looked high and low to find something appropriate to present to Pascal that would be emblematic of this year’s project. In the end, I found a sledging flag from Ernest Shackleton’s 1907 effort to reach the South Pole, in which he was forced to turn back just under 100 miles from his goal. At the time, expeditions had project flags, expedition leaders sometimes carried family crest flags, and many of the sledging teams had individual flags. The emblem I found was Shackleton’s crest, a red unicorn on a blue shield against a background of blue and white. There was only a single image of the faded and torn original on the internet, so I sent that to an artist, then dispatched the resulting graphic to a noted flag maker. It was foolishly expensive in the end, but the result now hangs in the HMP’s “Command Module,” the base’s office tent.

Pascal mounts the Shackleton flag in the ops center at the Haughton-Mars Project base. (Image credit: Courtesy of Rod Pyle) (opens in new tab)

Next up was my personal ensign — what would be appropriate? I pondered for weeks, and then it struck me. We’re up here because of the region’s similarity to Mars. I’d just gone through a flag-making process that involved careful consideration of past colonial abuses (and found no tangible connection with regard to Shackleton’s flag, but it did make me mindful). Would there be anyone resentful of our coming occupation of the Mars-like environs to the north? If anyone, it might be the Martians themselves, and a plan was born.

A flag depicting an H.G. Wells-era Martian war machine standing astride Earth with the Angry Red Planet rising behind it. (Image credit: Courtesy of Rod Pyle) (opens in new tab)

GET CAUGHT UP WITH A MONTH ON MARS

The end result depicts an H.G. Wells-era Martian war machine standing astride Earth with the Angry Red Planet rising behind it. It’s silly and whimsical, and fits me perfectly, but I was unsure of the reception it might receive upon arrival at this serious scientific base. On the second night I presented Pascal with his Shackleton flag at dinner, and then unveiled my own to a few puzzled chuckles.

I was surprised, then, when Pascal walked into the office tent a couple of days later and said, “I have something to show you.” We walked outside, and up above me, affixed to the base’s tallest mast, was my Martian war machine flag, snapping smartly in a brisk wind. It was fancifully beautiful.

I can’t say for certain that the moisture in my eyes at that moment was due entirely to the windblown grit, but that’s my story and I’m sticking to it.