A month on ‘Mars’: Traveling to the Red Planet 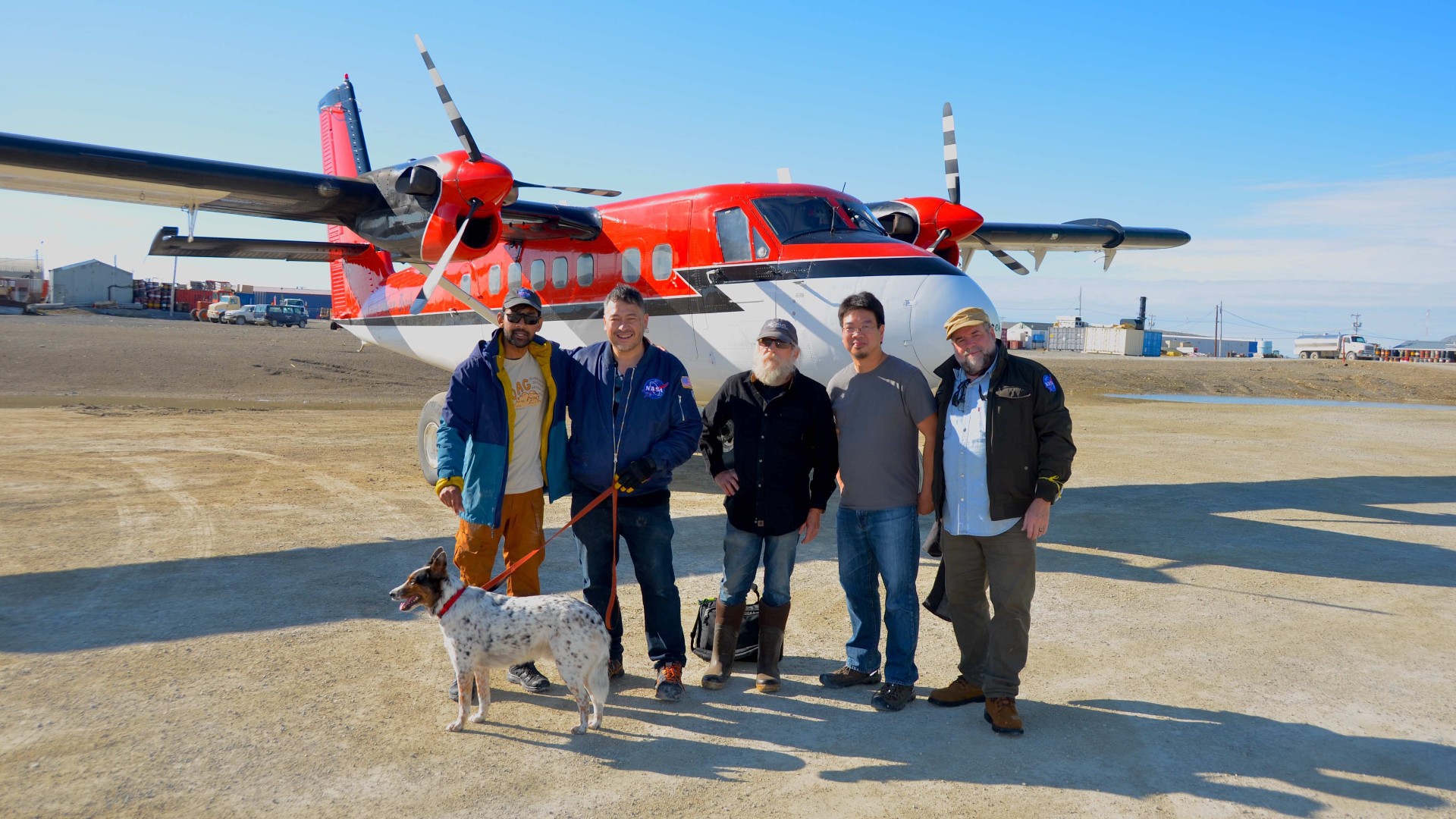 Two a.m. is not a fit hour for travel, but that was the rise-and-shine time for Pascal and me in San Jose, California. I’d driven to his home to fly out of the local airport shortly after five that morning. Other team members, six more in all, would be flying from Boston, San Diego, and Washington state. We would not rendezvous until we met up in Ottawa.

Three of our team members, Jason Soo Hoo, Rigel Cappallo, and John Barrett, all of the Haystack Observatory in Massachusetts, would be flying out of Boston. Our safety officer, Sawan Dalal, would fly in from San Diego where he recently completed a medical school rotation. Gabriel Dubé, the recipient of this year’s Apollo Fellowship from the Haughton-Mars Project (supporting him to pursue research at the HMP) would drive up to Ottawa airport from his home near Montréal, and finally, John Schutt, Pascal’s partner in running the Arctic base, would arrive from his home in Blaine, Washington.

Each group would have a slightly different schedule of flights, and all were complex. For Pascal and myself, the 22-hour travel day involved flying first to Denver, then arriving at Toronto where we would go through Canadian immigration, and finally on to Ottawa to join everyone else. From there we would proceed via several short flights on ever smaller aircraft to Iqaluit, Pond Inlet, Arctic Bay, and finally to the small coastal port of Resolute Bay, a far northern community and Canadian outpost of less than 300 people. Resolute Bay is both a home to the Inuit people of the high Arctic and a strategically important lookout point for the Northwest Passage.

Related: A month on ‘Mars’: Preparing to visit the Red Planet … on Earth

Once in Resolute we met the small air operator that would take us to Devon the next day, Kenn Borek Limited. Though COVID restrictions were alive and well on the Canadian air carriers, with masking prevalent throughout, out on the frontier few precautions were evident, as there has been relatively little spread of the virus. We bunked in a frontier hotel for the night — more of a dormitory really — and the next morning, as we dawdled over breakfast, we were informed that the first group to fly on to Devon — five of us — should be on the tarmac in about an hour. We returned to our rooms and hurriedly repacked to make the flight.

A short time later we were airborne in a Twin Otter two-prop aircraft flying over the watery passage that abuts Resolute Bay. Broken pack ice adorned the waves below; hauntingly beautiful but also a reminder that if for some reason the plane went down, survival would likely be marked in minutes. We then crossed the shoreline of Devon Island, and the stark blue-and white of Arctic waters was replaced by miles of dun-colored rocky plains. Spectacular geological features were evident below, changing like a lithic kaleidoscope as we flew on at low altitude.

A glacier seen from the sky near Pond Inlet, taken by the Month on Mars expedition en route to Arctic Bay. (Image credit: Courtesy of Rod Pyle)

About 20 minutes later the plane banked to give us a view of the Haughton-Mars Project base, six tent-like buildings radiating from an octagonal hard structure, with a large greenhouse off to the north. A Humvee, donated to the project by AM General, provided a bright splash of yellow. Everything appeared to be in generally good condition despite three years of non-occupation due to the pandemic, with just one outbuilding in near-ruins — but repairable — due to the extreme weather there.

After a bumpy ride down the gravel runway on the Otter’s balloon tires, the plane came to a halt and we climbed out. As we unloaded our baggage and a small mountain of supplies, we took in the view. As I had been told by Pascal over many a late-night conversation, the site really is a dead ringer for Mars — a barren, bleak, ruddy expanse of rock and earth, stretching as far as one can see in any direction. If a person could stand on Mars without a pressure suit and breathe the air, this would be it. While barren and somewhat forbidding, it is absolutely spectacular in visage, and was one of the few times such a view has truly taken my breath away.

As the plane flew on to its next destination, shortly to return with the rest of our crew, we made our way to the base to unpack and prepare for our stay. Many hours of cleaning, repairing, and rehabilitating the compound lay ahead — in this environment, mold and mildew are a huge problem, and it would take liberal doses of Lysol and lots of elbow grease to make our home for the next three weeks livable. But we had arrived, and our summer field season had begun.

At last, we were at Mars on Earth, and a month of adventure lay before us.

« The Reserve Bank of Australia to explore use cases for CBDC » California, Indiana Students to Hear from Astronauts on Space Station