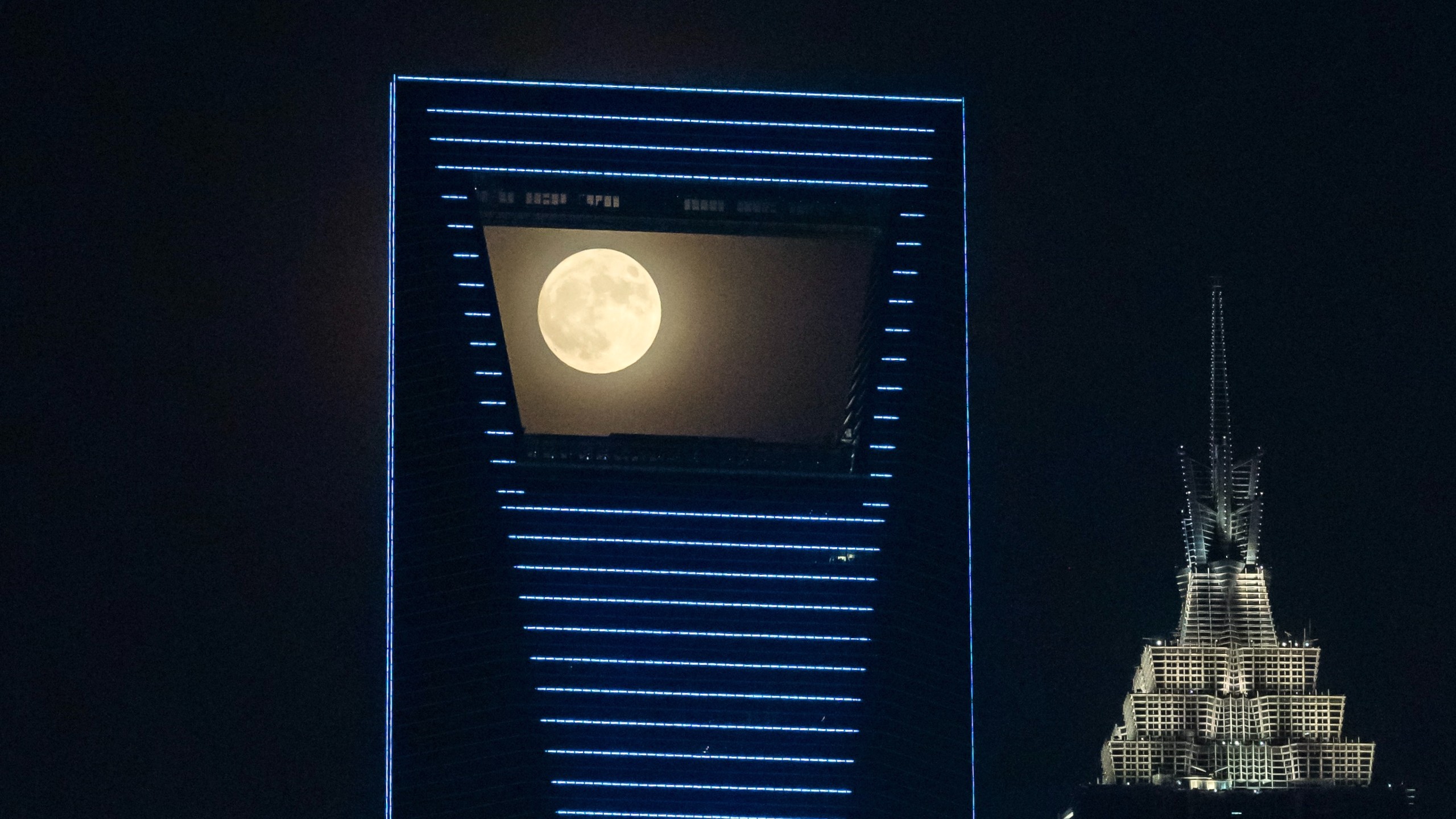 The largest full moon of 2022 put on quite a show for moongazers all over the world Wednesday (July 13).

Known as the Buck Moon, Thunder Moon or Hay Moon, the July full moon appeared big and bright between the constellations of Sagittarius and Capricornus. July’s full moon gets its name from the antlers of male deer, or bucks, which experience their most rapid phase of annual growth during the summer months.

This year’s Buck Moon is designated as a supermoon because it occurs while Earth’s satellite approaches its closest point to Earth (perigee) throughout its slightly elliptical orbit around the planet.

July’s full moon was the third in a series of four back-to-back supermoons this year, spanning from May to August.

For moongazers around the world, the Buck Moon was an impressive sight, enabling photographers to capture stunning images as the moon made its appearance above natural landscapes and bustling cities alike.

In this image, the Buck Moon can be seen seen above a buck grazing outside the village of Taarbaek, Denmark, some 9 miles (15 kilometers) north of Copenhagen, on July 14, 2022.