This collector’s edition of the hit indie title will cost $80, a steep hike on the game’s usual price of just $5. That being said, customers get a ton of extra Among Us-themed merch for picking up this bundle. 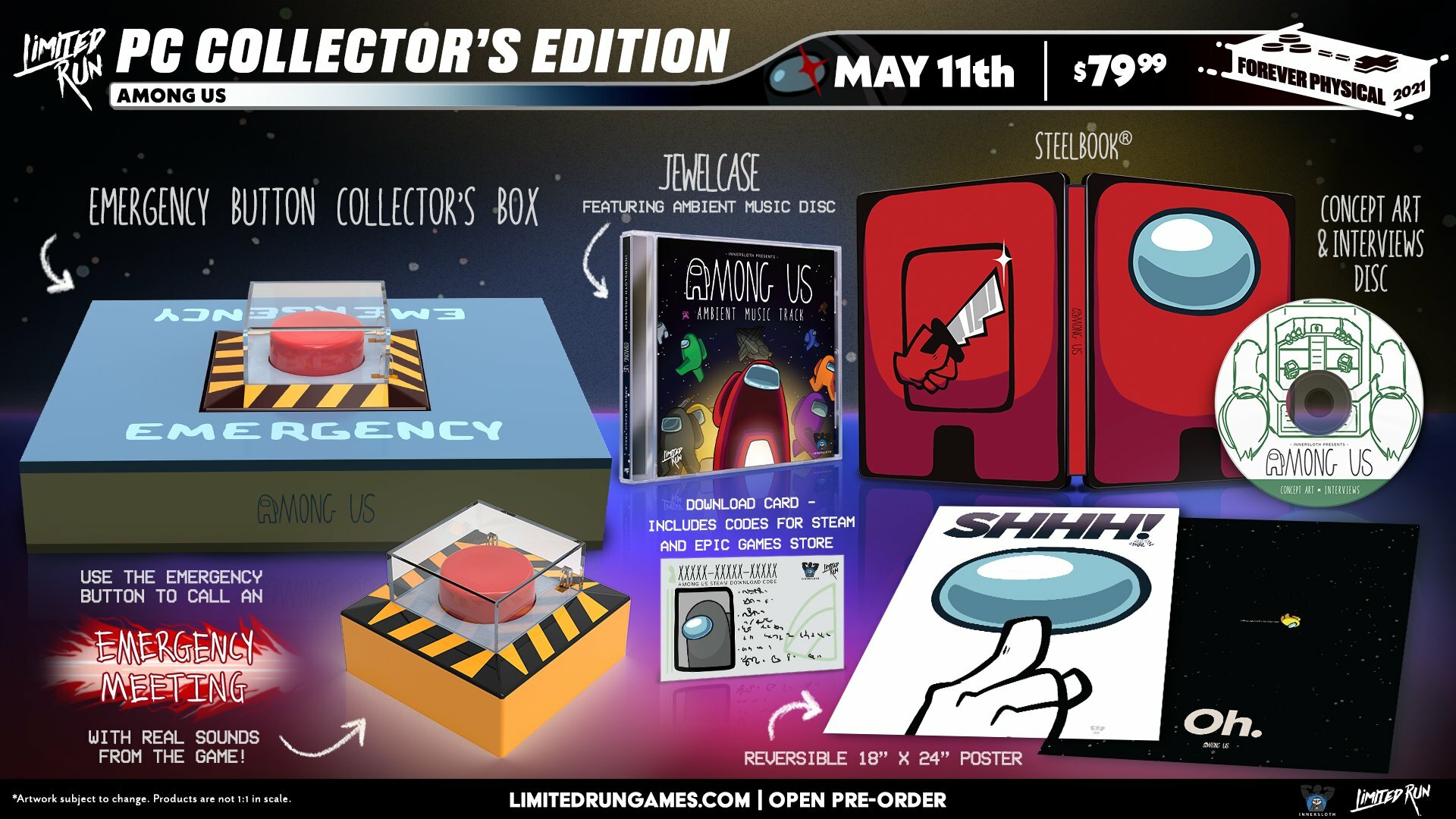 The Among Us Collector’s edition includes two copies of the game, although they’re both digital. One copy is specifically for Steam while the other can only be redeemed on the Epic Games Store. Along with a couple of copies of Among Us, customers will also get a working Emergency Button from the game, a CD featuring its ambient music, and an imposter-themed steelbook containing a disc of Among Us concept art and interviews with Innersloth. The collector’s edition also includes a reversible poster.

This is all packed into an emergency button box. The box itself is blue with white sides. On top, it reads “Emergency” and in the middle is a big, shiny red button in a plastic case just asking to be pressed.

If you just want to get your hands on a copy of Among Us, the game is currently on sale for $4 on Steam.

« ‘For All Mankind’ FAQ: How did the space shuttle fly to the moon? » Solving THE IMPOSSIBLE BOX (Genius Level Puzzle)