Astronomers spot the brightest intergalactic pulsar yet beyond the Milky Way 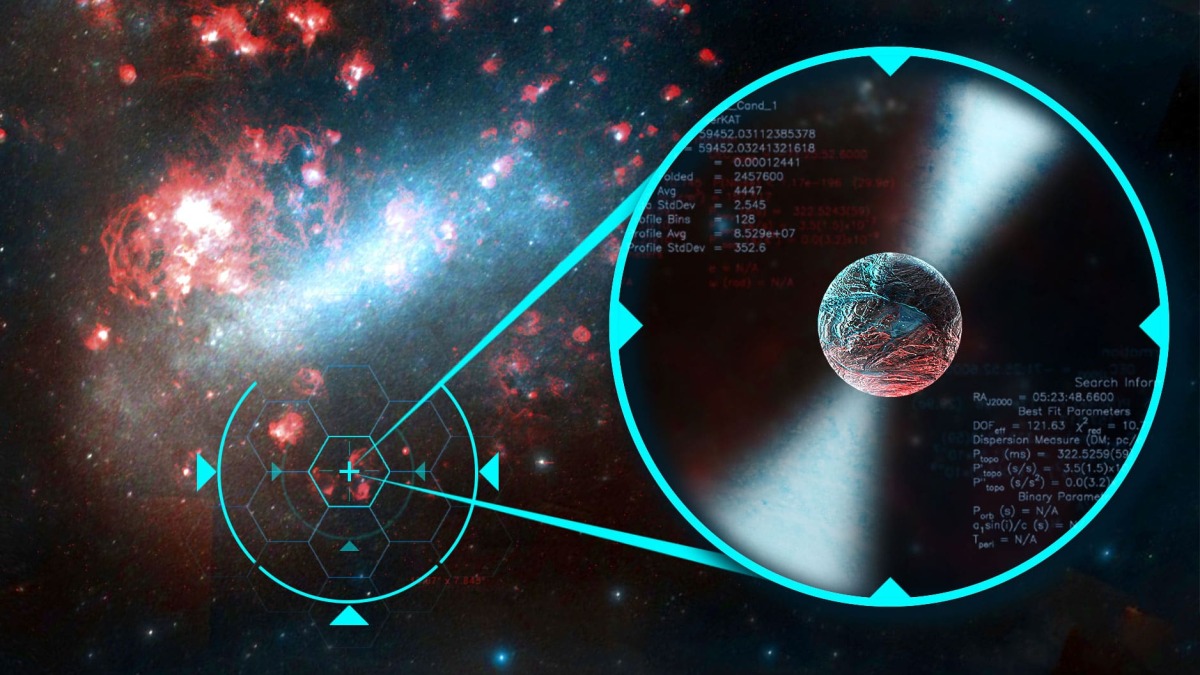 A newfound pulsar is more than 10 times brighter than any other rapidly rotating stars we know of, a new study suggests.

Pulsars are rapidly rotating neutron stars, or dense cores of material left over from supernova explosions, that emit radio pulses in regular intervals. The newly discovered pulsar, dubbed PSR J0523-7125, is also relatively close in galactic terms. It resides in the Large Magellanic Cloud, a satellite galaxy of the Milky Way roughly 160,000 light-years from Earth.

“This was unexpected and exciting, since there was no known pulsar or dwarf star at this position,” the study authors wrote in piece in The Conversation. “We figured the object must be something new. We observed it with many different telescopes, at different wavelengths, to try and solve the mystery. Both the statement and the research were led by Yuanming Wang, a doctoral student at the University of Sydney in Australia.

Related: 50 years ago Jocelyn Bell discovered pulsars and changed our view of the universe

Although scientists have discovered more than 3,300 radio pulsars since the 1960s, only 1% of those are known outside the galaxy. Moreover, many of the discoveries come from a single radio telescope: Australia’s Parkes Observatory, which is operated by the Australian government’s Commonwealth Scientific and Industrial Research Organisation (CSIRO). (This telescope is also famous for receiving video of Apollo 11 footsteps on the moon.)

PSR J0523-7125 had eluded detection because its beam was wider than usual, making it harder to find even though at least 30 pulsars are known of outside our galaxy, mostly in the Large and Small Magellanic Clouds in its general area of the sky.

The authors found it, however, by using polarization data. Polarization refers to how light’s electromagnetic waves rotate in a circular motion as the waves move through space. While rare, these signals may emerge from pulsars and other objects that have strong magnetic fields.

Because human eyes cannot seek out polarized light, the authors turned to CSIRO’s Australia Telescope National Facility (ASKAP). The observatory “has the equivalent of polarized sunglasses that can recognize circularly polarized events,” the authors wrote.

And that’s when the new pulsar emerged, they said. “When looking at data from our ASKAP Variables and Slow Transients (VAST) survey, an undergraduate student noticed a circular polarized object near the center of the Large Magellanic Cloud,” the study authors said. “Moreover, this object changed brightness over the course of several months: another very unusual property that made it unique.”

The authors attempted to confirm the find with the Parkes Observatory, the space-based Neil Gehrels Swift Observatory (in X-ray wavelengths) and the Gemini telescope in Chile (in infrared wavelengths). After none of these observatories spotted the object, the team turned to MeerKAT, a radio telescope that recently started operations in South Africa.

This time, they hit the jackpot. “Observations with MeerKAT revealed the source is indeed a new pulsar, PSR J0523-7125, spinning at a rate of about three rotations per second,” the authors said.

They noted that combining MeerKAT’s and ASKAP’s capabilities may yield more pulsar discoveries and that the Square Kilometer Array should also be useful once that observatory, the world’s largest radio telescope, is fully built.

“We’ll need to find more of them before we can truly understand pulsars within the framework of modern physics,” the authors said. “This discovery is just the beginning.”

A study based on the research was published May 2 in The Astrophysical Journal.