Gearbox president Randy Pitchford has offered a small update on the Borderlands movie that is currently filming in Budapest with a huge cast of big names. Writing on Twitter, he teased something about Jamie Lee Curtis, who plays Tannis, while he also talked about his role in the production.

Regarding Curtis, Pitchford tweeted, “Well, Jamie Lee Curtis made my eyes well up today on the set of Tannis’ lab – and she wasn’t even acting!”

Gears of War designer Cliff Bleszinski chimed in to praise Pitchford for taking such a hands-on role for the Borderlands movie. Bleszinski is seemingly referring to how, in the past at least, the key creatives from games weren’t always involved with their movie adaptations.

Pitchford replied to say that, while he is on set, he’s happy to have the filmmakers be in charge. “My whole thing is just to give these expert film makers everything I can give to help them make the best, most authentic video game to film adaptation possible,” he said. “This team and this talent is just incredible. [Director Eli Roth] is leading a really amazing ship here.” 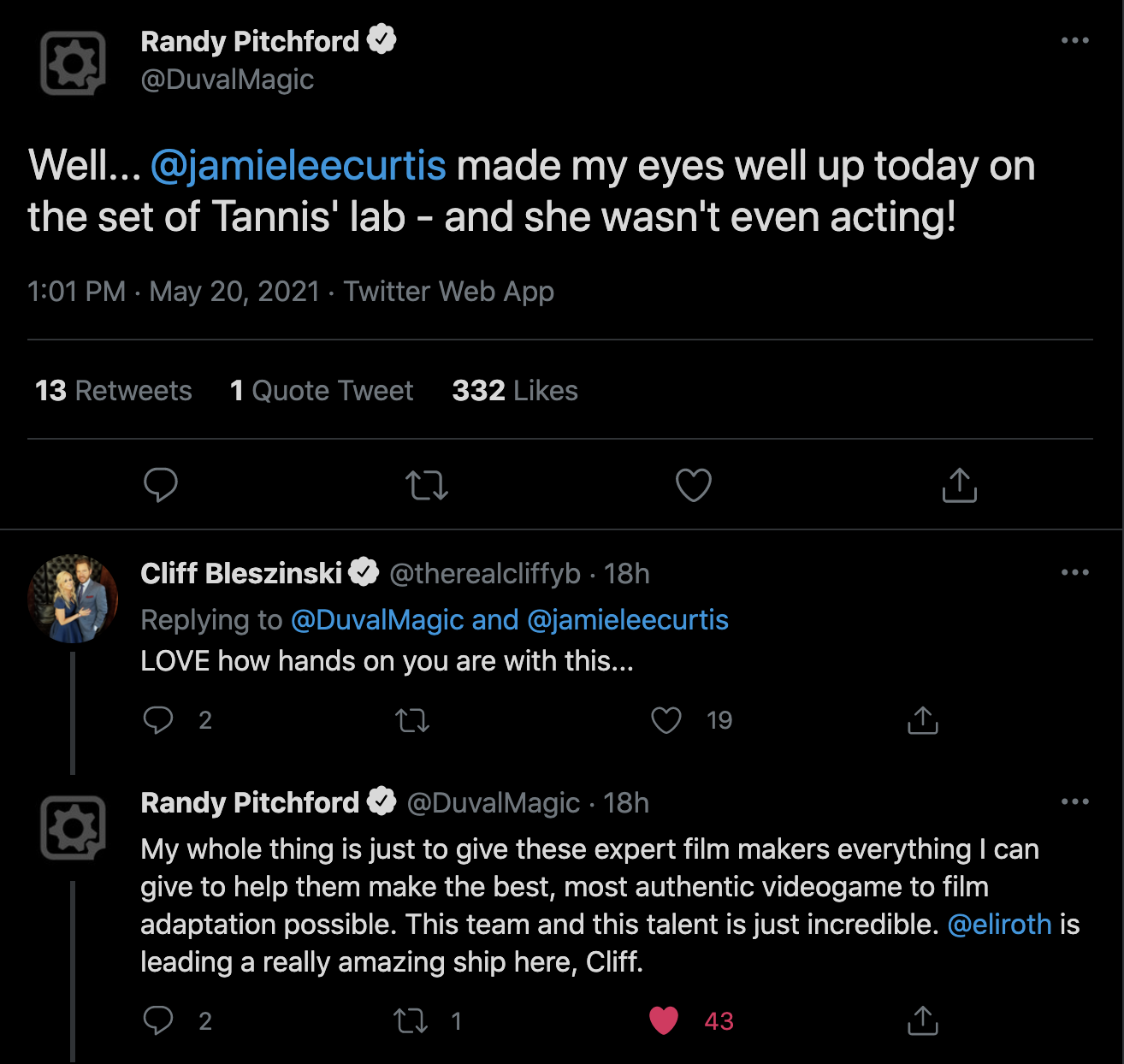 Someone replied that the Borderlands movie could negatively impact the video game franchise if it doesn’t do well. But Bleszinski and Pitchford don’t agree. For his part, Pitchford point out that, while the 1993 Super Mario Bros. movie left much to be desired, the Mario franchise overall was not impacted in any real way. 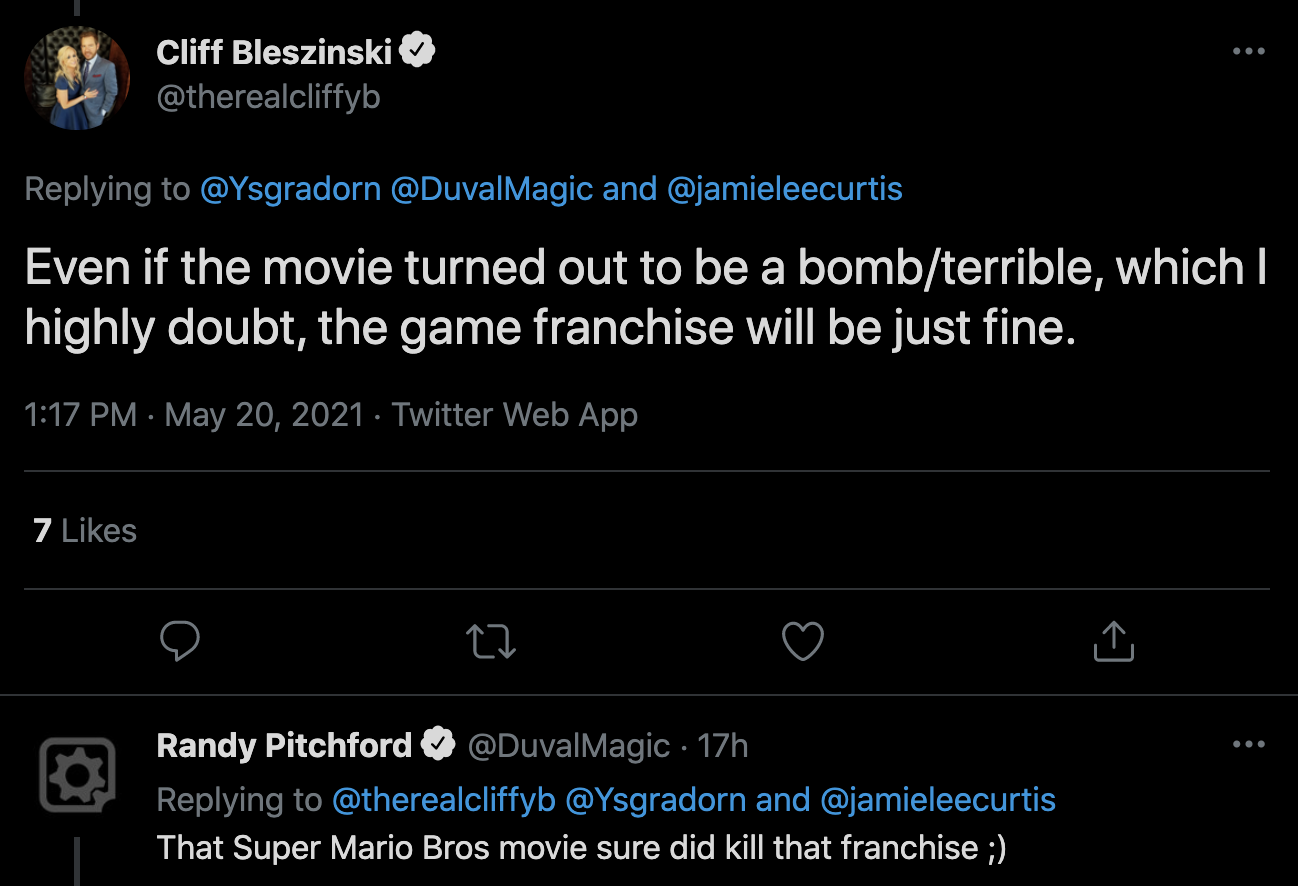 “We are authentic to characters, tone and style, but allow for independent storylines. The mediums are not the same, so the content should not be bound to the same rules,” he said.

Pitchford also touched on the subject of whether or not the Borderlands movie is canon. It is canon, but only to the cinematic universe of Borderlands, he clarified.

“The movie is canon to the cinematic universe. The games are canon to the video game universe. There are parallels between them, but also differences. It’s okay. Consider how Marvel has handled movies versus comic books for reference if this is hard for you to understand,” he said on Twitter.

« The Pixel 6 Pro could have a curved screen and a triple rear camera, new leak suggests » ‘Clyde’s Spot’ on Jupiter has a wild new look in NASA photo