Can the James Webb Space Telescope really see the past? 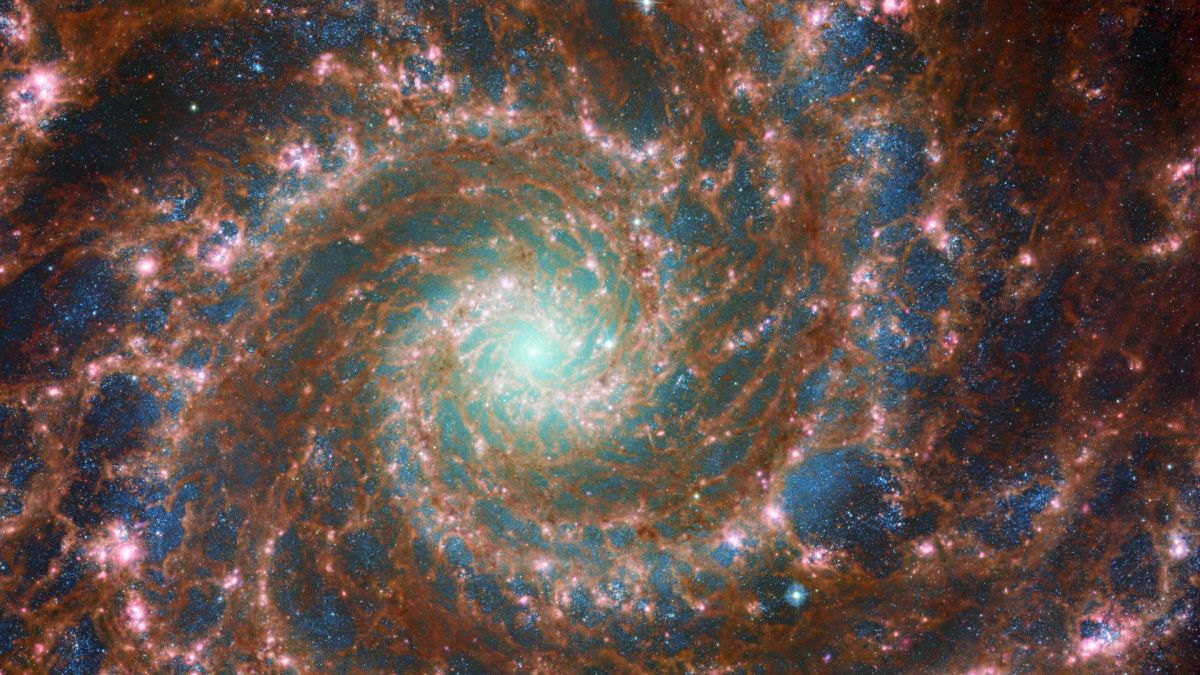 On July 11, the James Webb Space Telescope (JWST) made history by releasing its debut image: a jewel-filled photo that’s been touted as the deepest photo of the universe ever taken.

Besides looking farther across space than any observatory before it, the James Webb Space Telescope has another trick up its mirrors: It can look further back in time than any other telescope, observing distant stars and galaxies as they appeared 13.5 billion years ago, not long after the beginning of the universe as we know it.

How is this possible? How can a machine look “back in time”? It’s not magic; it’s just the nature of light.

“Telescopes can be time machines. Looking out in space is like looking back in time,” NASA scientists explained on WebbTelescope.org (opens in new tab). “It sounds magical, but it’s actually very simple: Light needs time to travel across the vast distances of space to reach us.”

All of the light you see — from the twinkling of distant stars to the glow from your desk lamp a few feet away — takes time to reach your eyes. Luckily, light moves staggeringly fast — roughly 670 million mph (1 billion kph) — so you’ll never notice it traveling from, say, the desk lamp to your eyes.

However, when you’re looking at objects that are millions or billions of miles away — as most objects in the night sky are — you’re seeing light that has traveled a long, long way to reach you.

Take the sun, for example. Earth’s home star sits an average of 93 million miles (150 million kilometers) away. That means it takes light about 8 minutes, 20 seconds to travel from the sun to Earth. So, when you look at the sun (although you should never look directly at the sun (opens in new tab)), you’re seeing it as it appeared more than 8 minutes ago, not as it appears right now — in other words, you’re looking 8 minutes into the past.

The speed of light is so important to astronomy that scientists prefer to use light-years, rather than miles or kilometers, to measure great distances in space. One light-year is the distance that light can travel in one year: roughly 5.88 trillion miles, or 9.46 trillion km. For example, the North Star, Polaris, sits about 323 light-years from Earth. Whenever you see this star, you’re seeing light that’s more than 300 years old.

So, you don’t even need a fancy telescope to see back in time; you can do it with your own naked eyes. But to look truly far into the past (say, back to the beginning of the universe), astronomers need telescopes like JWST. Not only can JWST zoom in on distant galaxies to observe visible light coming from many millions of light-years away, but it can also pick up wavelengths of light that are invisible to human eyes, such as infrared waves.

Many things, including humans, emit heat as infrared energy. This energy can’t be seen with the naked eye. But when infrared waves are viewed with the right equipment, they can reveal some of the hardest-to-find objects in the universe. Because infrared radiation has a much longer wavelength than visible light does, it can pass through dense, dusty regions of space without being scattered or absorbed, according to NASA (opens in new tab). Many stars and galaxies that are too far, faint or obscured to see as visible light emit heat energy that can be detected as infrared radiation.

This is one of JWST’s handiest tricks. Using its infrared-sensing instruments, the telescope can peer past dusty regions of space to study light that was emitted more than 13 billion years ago by the most ancient stars and galaxies in the universe.

That’s how JWST took its famous deep field image, and that’s how it will attempt to look even further back in time, to the first few hundred million years (opens in new tab) after the Big Bang. The stars that the telescope will reveal may actually be long-dead today, but as their ancient light makes the lengthy journey across the universe, JWST treats our mortal eyes to a one-of-a-kind time travel display.