Chaos theory explained: A deep dive into an unpredictable universe 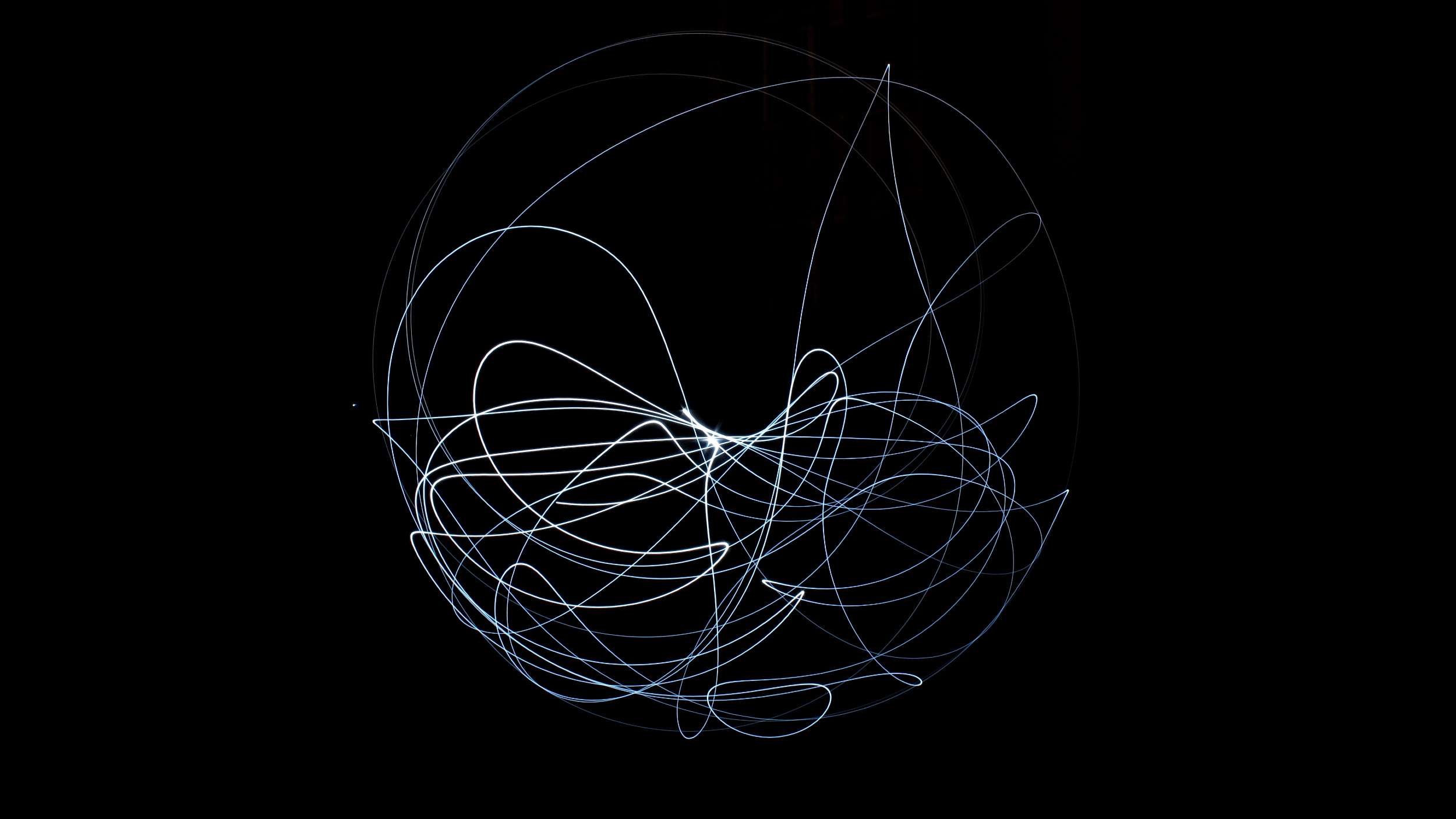 Chaos theory explains the behavior of dynamic systems like weather, which are extremely sensitive to initial conditions.

It would be really nice to know the weather forecast not just a week in advance but a month or even a year into the future. But predicting the weather presents several tricky problems that we will never be able to entirely solve.

The reason why isn’t just complexity — scientists regularly tackle complex problems with ease — it’s something much more fundamental. It’s something discovered in the mid-20th century: the truth that we live in a chaotic universe that, in many ways, is completely unpredictable. But hidden deep within that chaos are surprising patterns, patterns that, if we are ever able to fully understand them, might lead to some deeper revelations.

Related: What is string theory?

One of the beautiful things about physics is that it’s deterministic. If you know all the properties of a system (where “system” can mean anything from a single particle in a box to weather patterns on the Earth or even the evolution of the universe itself) and you know the laws of physics, then you can perfectly predict the future. You know how the system will evolve from state to state as time marches forward. This is determinism. This is what allows physicists to make predictions about how particles and the weather and the entire universe will evolve.

It turns out, though, that nature can be both deterministic and unpredictable. We first got hints of this way back in the 1800s, when the king of Sweden offered a prize to anyone who could solve the so-called three-body problem. This problem deals with predicting motion according to Isaac Newton‘s Laws. If two objects in the solar system are interacting only through gravity, then Newton’s laws tell you exactly how those two objects will behave well into the future. But if you add a third body and let that play the gravitational game, too, then there is no solution and you won’t be able to predict the future of that system.

French mathematician Henri Poincaré (arguably a supergenius) won the prize without actually solving the problem. Instead of solving it, he wrote about the problem, describing all the reasons why it couldn’t be solved. One of the most important reasons he highlighted was how small differences at the beginning of the system would lead to big differences at the end.

This idea was largely put to rest, and physicists continued, assuming that the universe was deterministic. That is, they did until the mid-20th century when mathematician Edward Lorenz was studying a simple model of the Earth’s weather on an early computer. When he stopped and restarted his simulation, he ended up with wildly different results, which shouldn’t be a thing. He was putting in the same inputs, and he was solving the problem on a computer, and computers are good at doing the same thing over and over again.

What he found was a surprising sensitivity to the initial conditions. One tiny rounding error, no more than 1 part in a million, would lead to the completely different behavior of the weather in his model.

What Lorenz essentially discovered was chaos.

The term “The Butterfly Effect” was coined by Edward Lorenz to help describe the complex idea of chaos theory. It describes how a very small change in the initial state can result in large differences in a later state. Lorenz described this effect with the analogy of a butterfly flapping its wings and causing the formation of a hurricane miles away.   (Image credit: tovfla via Getty Images)

This is the signature sign of a chaotic system, as first identified by Poincaré. Normally, when you start a system off with very small changes in the initial conditions, you get only very small changes in the output. But this is not the case with the weather. One tiny change (e.g., a butterfly flapping its wings in South America) can lead to a giant difference in the weather (like the formation of a new hurricane in the Atlantic).

This sensitivity to initial conditions means that with chaotic systems, it’s impossible to make firm predictions, because you can never know exactly, precisely, to the infinite decimal point the state of the system. And if you’re off by even the tiniest bit, after enough time, you’ll have no idea what the system is doing.

This is why it’s impossible to perfectly predict the weather.

Related: 10 mind-boggling things you should know about quantum physics

Chaos theory and the secrets of fractals

There are several surprising features buried in this unpredictability and chaos. They appear mostly in something called phase space, a map that describes the state of a system at various points in time. If you know the properties of a system at a specific “snapshot,” you can describe a point in phase space.

As a system evolves and changes its state and properties, you can take another snapshot and describe a new point in phase space, over time building up a collection of points. With enough such points, you can see how the system has behaved over time.

Some systems exhibit a pattern called attractors. This means that no matter where you start the system, it ends up evolving into a particular state that it is especially fond of. For example, no matter where you drop a ball in a valley it will end up at the bottom of the valley. That bottom is the attractor of this system.

When Lorenz looked at the phase space of his simple weather model, he found an attractor. But that attractor didn’t look like anything that had been seen before. His weather system had regular patterns, but the same state was never repeated twice. No two points in phase space ever overlapped. Ever.

The regular patterned weather system without the repetition of the same state seemed like an obvious contradiction. There was an attractor; i.e., the system had a preferred set of states. But the same state was never repeated. The only way to describe this structure is as a fractal.

If you look at the phase space of Lorenz’s simple weather system and zoom in on a small piece of it, you will see a tiny version of the exact same phase space. And if you take a smaller portion of that and zoom in again, you will see a tinier version of the exact same attractor. And so on and so on to infinity. Things that look the same the closer you look at them are fractals.

So the weather system has an attractor, but it’s strange. That’s why they’re literally called strange attractors. And they crop up not just in the weather but in all sorts of chaotic systems.

We don’t fully understand the nature of strange attractors, their significance, or how to use them to work with chaotic and unpredictable systems. This is a relatively new field of mathematics and science, and we’re still trying to wrap our heads around it. These chaotic systems may be, in some sense, deterministic and predictable. But that’s yet to be figured out, so for now, we’ll just have to settle for our weekend weather forecast.

Learn more about chaos theory with this explainer article from The Conversation. Read about Edward Lorenz in this short biography from the University of St Andrews. Explore the butterfly effect in more detail with this article from the science communication website Interesting Engineering.

Learn more by listening to the episode “Is the Universe Really Predictable?” on the “Ask a Spaceman” podcast, available on iTunes and on the web at http://www.askaspaceman.com.

Paul M. Sutter is an astrophysicist at The Ohio State University, host of “Ask a Spaceman” and “Space Radio,” and author of “Your Place in the Universe.”

Thanks to Carlos T., Akanksha B., @TSFoundtainworks and Joyce S. for the questions that led to this piece! Ask your own question on Twitter using #AskASpaceman or by following Paul @PaulMattSutter and facebook.com/PaulMattSutter.

Escot Mangas, Lorenzo. “A brief methodological note on chaos theory and its recent applications based on new computer resources.” (2020).