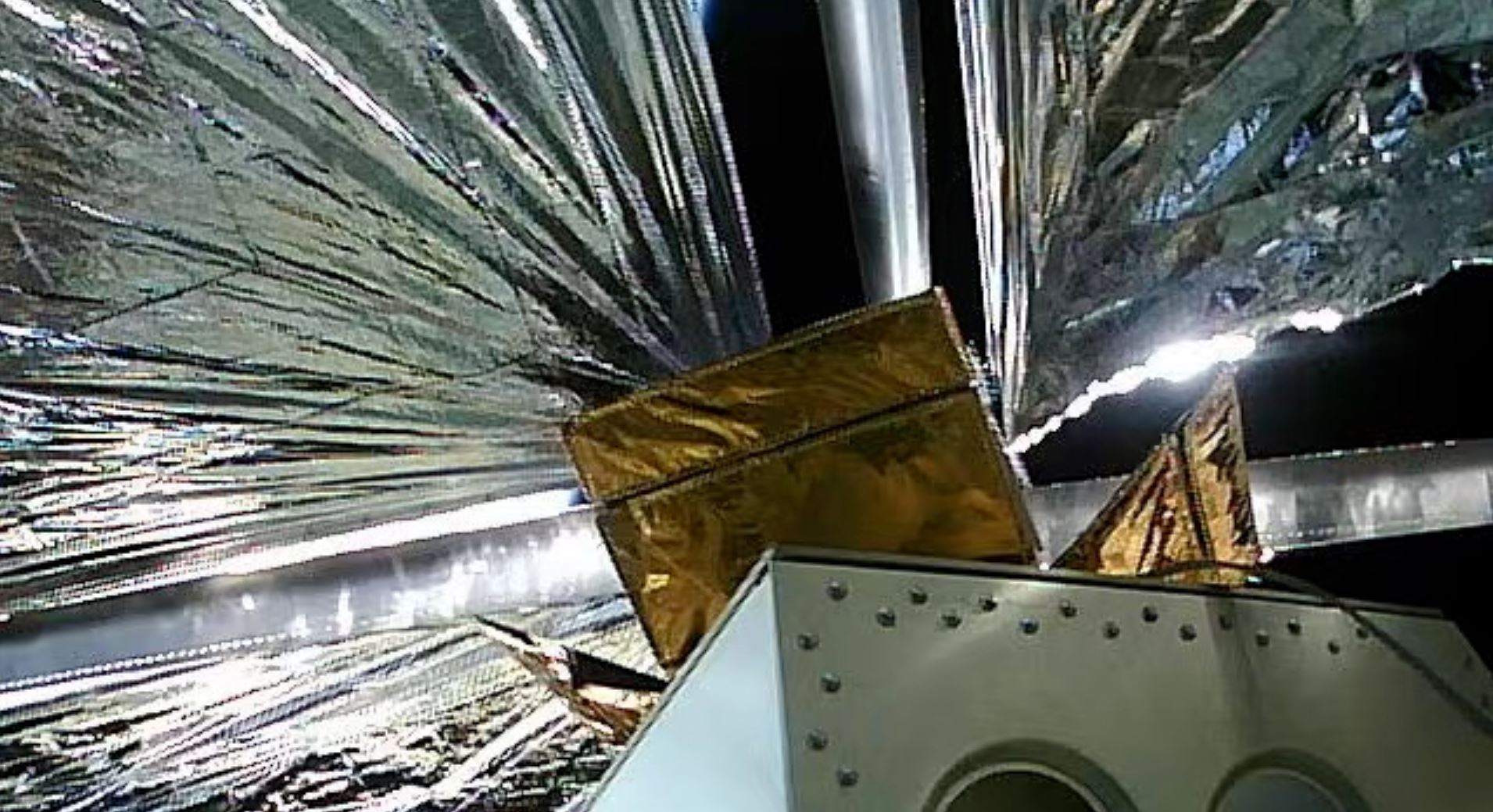 China has unfolded a large sail attached to a rocket component following a recent launch, as part of tests designed to help reduce the amount of space junk orbiting Earth.

The 269-square-foot (25 square meters) Chinese drag sail will help deorbit a 660-pound (300 kilograms) object within two years, if all goes according to plan. (Image credit: SAST)

SAST announced the test on July 4. The sail is apparently attached to the payload adapter on the rocket’s upper stage.

The plan is for the sail to help deorbit the 661-pound (300 kilograms) device, which is currently circling Earth at an average altitude of about 305 miles (491 kilometers), within two years.

An object separate from the Long March upper stage has been tracked in orbit by the U.S. military and has the international designator 2022-068E (opens in new tab). The adapter and sail should lose altitude faster than the larger, denser upper stage (2022-068D (opens in new tab)) over the coming years.

Such “drag sails” increase the surface area of pieces of spent rockets or satellites, increasing the effects of atmospheric friction and thus speeding up the reentry process. Reducing the amount of time objects are in orbit reduces the risk of collisions, which create further dangerous pieces of debris.

Space junk is becoming a pressing issue for space activities. The latest figures (opens in new tab) from the European Space Agency’s Space Debris Office state that there are about 31,650 debris objects orbiting Earth that are regularly tracked by space surveillance networks and maintained in their catalogs.