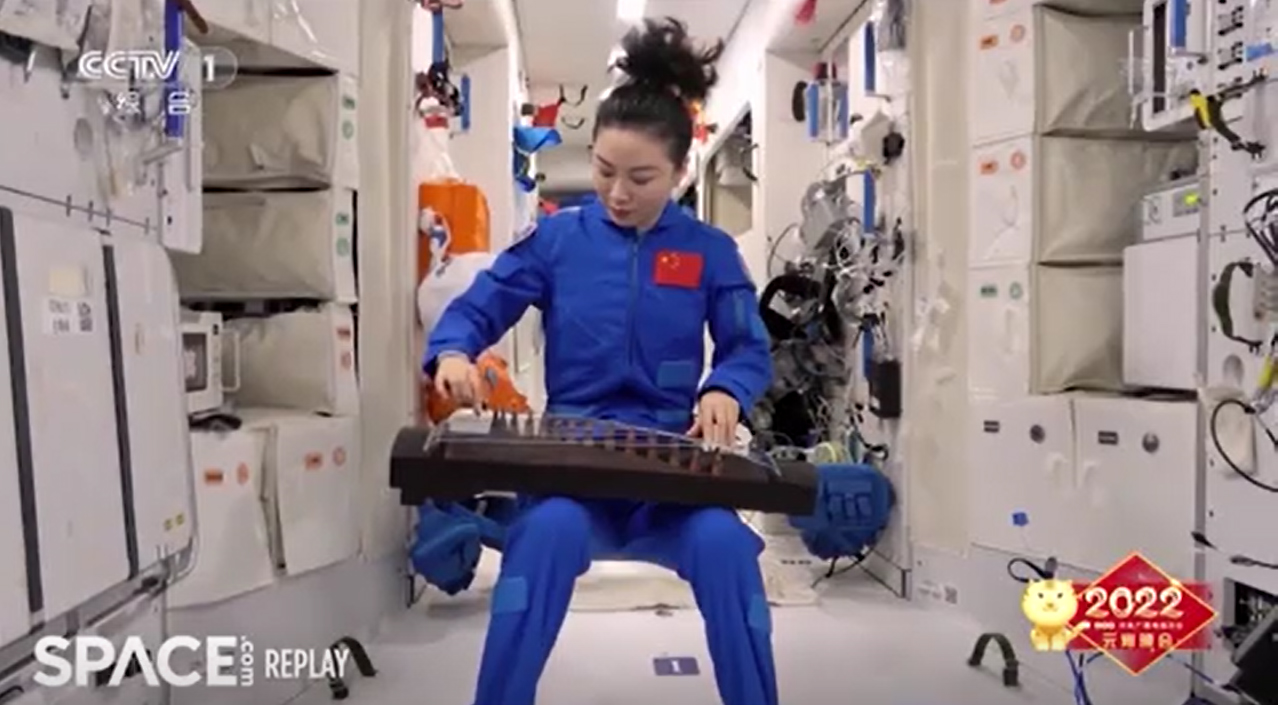 China’s Tiangong space station is still under construction but the astronauts aboard are already bringing aspects of Chinese traditions and culture into space.

Shenzhou 13 mission astronaut Wang Yaping, China’s second woman in space and the first aboard the space station, played a song with a guzheng, a traditional Chinese string instrument, aboard the Tianhe space module (the core of Tiangong) on Feb. 15 to celebrate Lantern Festival, which marks the end of Lunar New Year celebrations.

Chinese astronaut Wang Yaping performs the traditional folk song “Jasmine Flower” on a  guzheng as part of a Lantern Festival celebration on the Tianhe module of the Tiangong space station during the Shenzhou 13 mission on Feb. 15, 2022. (Image credit: CCTV/CMSE)

Wang played a segment of the Chinese folk song Jasmine Flower as an introduction to the annual Lantern Festival Gala broadcast by the China Media Group.

Lantern Festival, which falls on the 15th day of the first month on the Chinese lunar calendar. The three Shenzhou 13 astronauts were earlier involved in televised celebrations to mark the Lunar New Year on Feb. 1.

The China National Space Administration has arranged a number of interactive events with its astronauts to highlight the country’s space achievements, boost national pride and young citizens’ interest in science.