Players can expect a lot of familiarities in the upcoming Iron Trials ’84 mode. It’s still a game of being the last team standing, with circle collapses, looting, and a chance to fight for a second chance in the Gulag. However, this new mode is set to tweak Warzone’s current formula for something meant to be much more grueling.

The match duration and circle collapse are changing in Verdansk. Round timers will be decreased by 12%, while the speed of the circle collapse has been increased by 12%. These changes will ramp up the pace of matches. However, transportation will be much more scarce in these faster matches, as Raven revealed that only ATVs and dirt bikes will be available.

Changes are also being made to operator health and equipment. Players’ base health is being bumped up from the normal 100 health to 250 base health. While this sounds like a lot, Raven is increasing the regen delay timer from five to seven seconds, and the regen per second rate has been decreased from 120 per second to 40. So, players have a lot of health now, but they won’t regen fast if they’re taking damage in a fight.

All players will drop into matches with a .44 Magnum and a Sledgehammer equipped, so everyone starts on an equal playing field.

The item pool for Supply Boxes and items found on the ground will be significantly altered from standard matches, in which Raven says, “This mode also emphasizes the importance of scavenging to survive.” Epic and Legendary rarity weapon blueprints will be harder to find, and these matches will not include Warzone’s powerful Dead Silence or Stopping Power Rounds Field Upgrades. 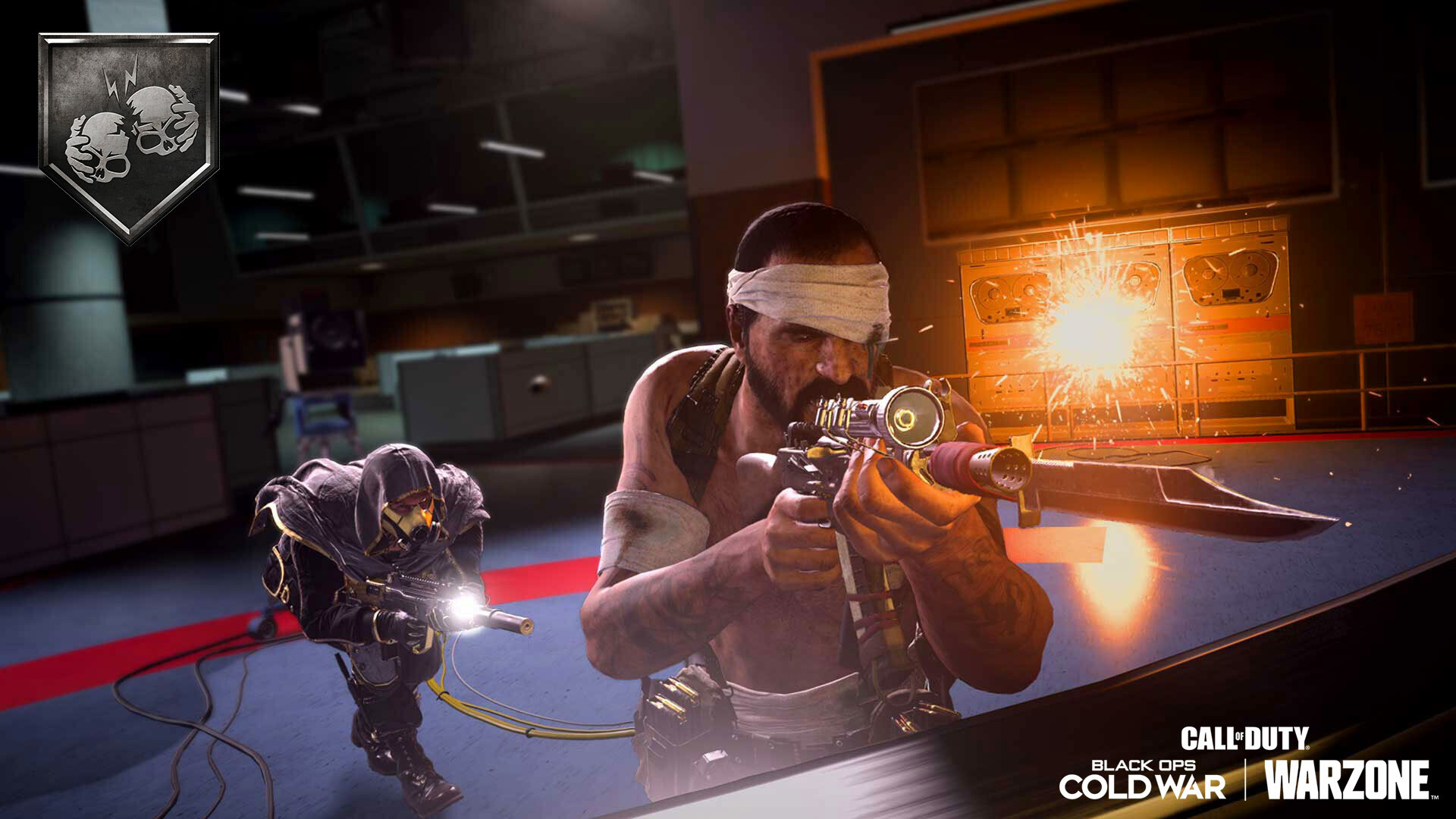 Iron Trials ’84 will be removing the free loadout drops. The only way to equip custom loadouts will be to purchase one, and these now come at a heftier price. The price of loadout drops have increased from $10,000 to $15,000 per loadout marker.

Sniper rifles will have a slight change in Iron Trials ’84, as a single headshot from a sniper will only down an enemy if they are within 30 meters. It will take more than one shot to eliminate a player.

For equipment changes, stun grenades will have less of an impact, as the stun effect duration will be decreased by 50%. Medical syringes will have a nerf with a decreased regeneration rate of 50%, but this is likely to keep players from relying on syringes with Iron Trials ’84’s decreased player regen rate.

The Gulag will limit weapon options for Iron Trials ’84. Players can expect limited selection of tactical equipment and weapons won’t include anything akimbo, nor any semi-auto or fully auto shotguns.

Iron Trials ’84 will be available as a Duos playlist with the September 16 playlist update, and this hardcore new mode is set to stick around for about two weeks.

In other Warzone news, a major weapon tuning pass hit several popular weapons, including the Krig 6 assault rifle and OTs 9 submachine gun. And Call of Duty: Vanguard’s multiplayer enters its next beta weekend tomorrow, September 16, and this time players on Xbox can jump in.

All of the Call of Duty content continues as Activision Blizzard faces a lawsuit from the state of California over harassment and discrimination against women.