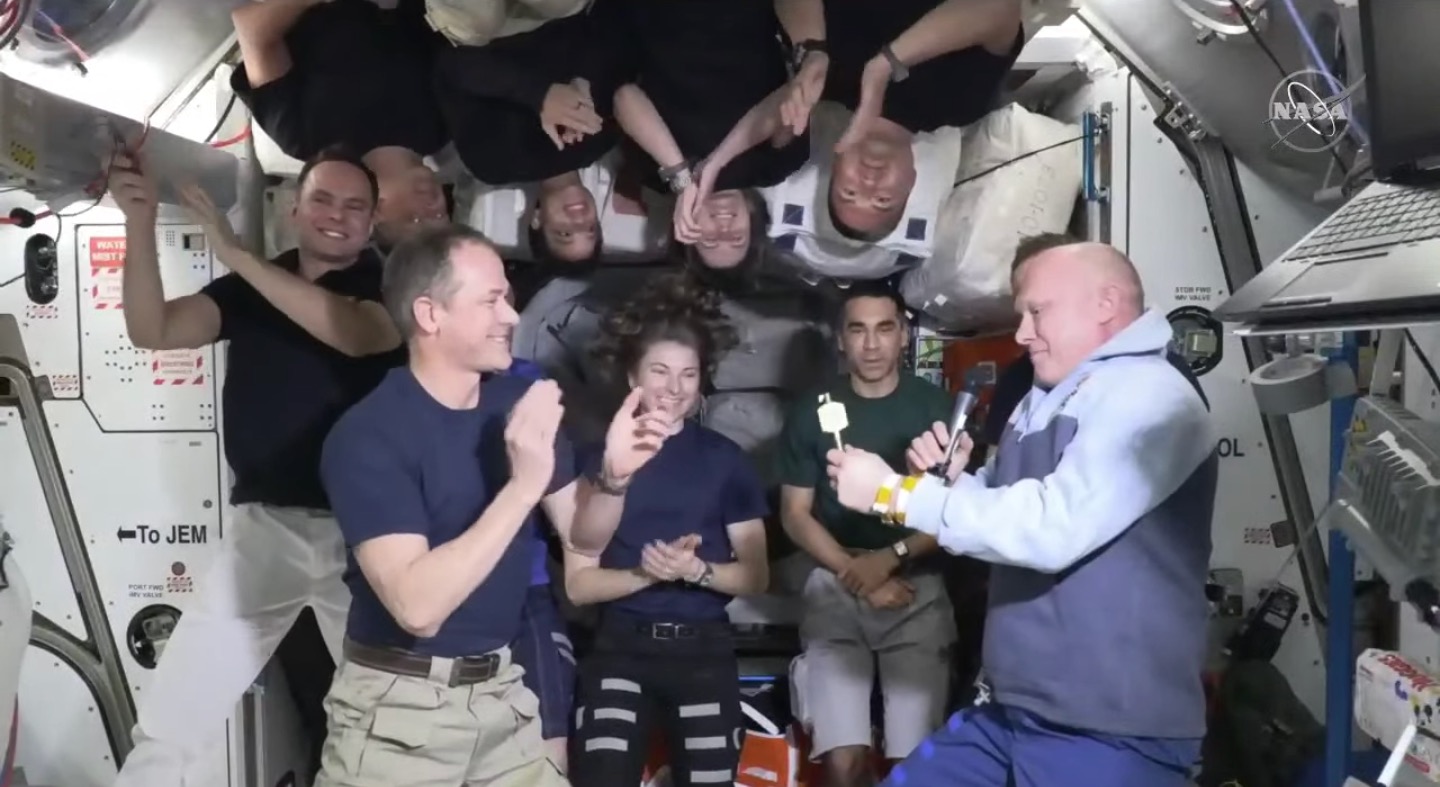 Thomas Marshburn just checked off one of the last tasks on his orbital to-do list.

The NASA astronaut handed command of the International Space Station (ISS) over to cosmonaut Oleg Artemyev today (May 4), the last day aboard the orbiting lab for Marshburn and the other three members of SpaceX’s Crew-3 mission.

“I think the lasting legacy of the space station is very likely to be international cooperation and a place of peace,” Marshburn said during a webcast change-of-command ceremony this afternoon.

“Oleg, you’re a very strong and experienced cosmonaut,” Marshburn told Artemyev. “I know we’ll be leaving the space station in good hands with you.”

Marshburn then said some words to the cosmonaut in Russian and handed him the ceremonial key to the ISS.

“Thank you for the key, and thank you for the friendship,” Artemyev responded in English. “It was an unbelievable time together,” he added, stressing the importance of such cooperation and friendship for “family, our children and peace between our countries.”

Artemyev and Marshburn then hugged as the other ISS crewmembers applauded.

It was a powerful moment, given all that is happening down here on Earth. Most of Russia’s space partnerships have splintered in the aftermath of the country’s invasion of Ukraine, and its status as a key ISS partner has come into question.

For example, Dmitry Rogozin, the head of Russia’s federal space agency Roscosmos, has repeatedly threatened to withdraw from the ISS program unless sanctions imposed on Russia after the Ukraine invasion are lifted. (It’s hard to know how seriously to take such threats, however, given that bluster is perhaps Rogozin’s base setting.)

The Crew-3 mission consists of Marshburn, fellow NASA astronauts Kayla Barron and Raja Chari, and the European Space Agency’s Matthias Maurer. The quartet arrived at the ISS in November aboard a SpaceX Dragon capsule named Endurance, and their time in orbit is nearly up.

The coverage will start tonight at 11 p.m. EDT (0300 GMT on May 5), with the closing of the hatches between Endurance and the ISS expected to occur about 20 minutes later. Coverage will resume at 12:45 a.m. EDT (0445 GMT) on Thursday, 20 minutes before the scheduled undocking.