DC’s Deathstroke Is Coming To Fortnite, Here’s How To Get The Skin Early

The next DC Comics Fortnite skin is on the way next week, and after having seen heroes and even an anti-hero this season, it’s time for a villain. Slade Wilson, AKA Deathstroke, is coming to Fortnite on June 1.

It makes sense this Teen Titans and Batman villain would show up soon after Beast Boy and Batman Zero given Deathstroke’s long histories with each of them. Deathstroke Zero will go live in the Item Shop on June 1 and will be bundled with his signature katanas, which players can use as both Back Bling and a Pickaxe. Meanwhile, those who are still collecting the whole Batman/Fortnite: Zero Point comics will unlock a free code for Deathstroke’s Destroyer Glider. 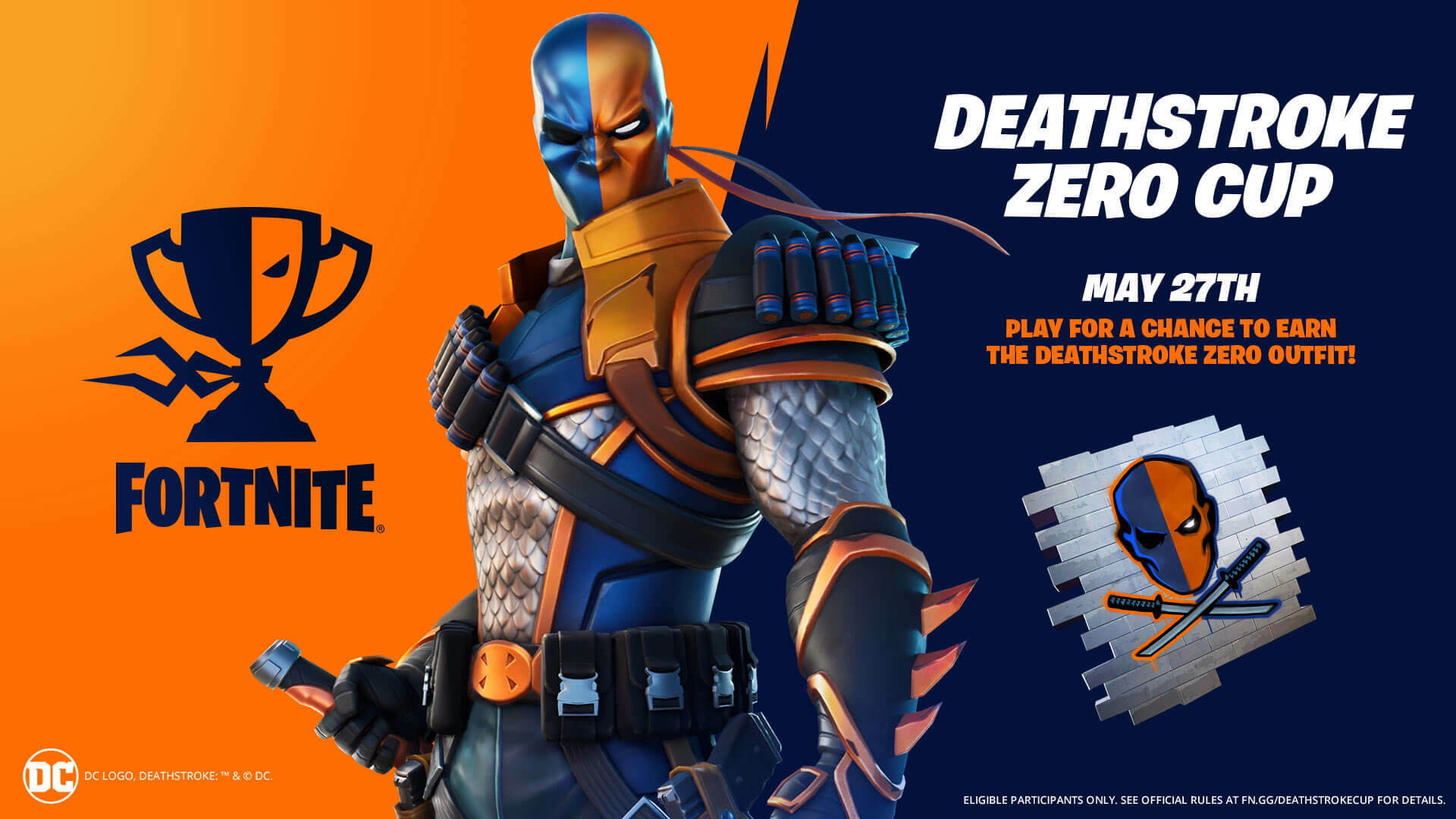 If you want even more than the glider for free, you can try your luck in the Deathstroke Cup. Beginning on May 27, this Solo-focused Cup will accept entries from all participants, but after a maximum ten matches, the players with the best scores in each region will earn Deathstroke for free and earlier than his store debut. Anyone who accrues more than eight points in their Cup appearances will automatically unlock the Slade’s Watching Spray emote. You can find the complete rule set on the game’s website, though if you’ve played in past Cups, you should already know what to expect.

Deathstroke arrives next week alongside the fourth of six issues in the Zero Point comic arc, and it’s safe to assume something from the Rebirth Harley Quinn set will return soon too. Players who have the rare Harley outfit unlocked already got her with the first issue of the comic back in April. According to Epic, Rebirth Harley Quinn will debut in the Item Shop in June, though it’s unclear if she will come in addition to another tie-in release or if something from her full cosmetic set will be offered as a future comic freebie, as even players who already have Rebirth Harley don’t have any of her accessories yet. Players who redeem all six tie-in game codes with their comics will also unlock a yet-to-be-revealed Armored Batman skin.

We should be getting patch notes for version 16.50 soon, but in the meantime, catch up on your Week 10 challenges before another busy week of Fortnite news unfolds. It’s also not too late to get some of the brand-new Fortnite NBA skins.

« GPS satellites can provide faster alerts when big earthquakes strike, scientists say » Netflix is holding a week-long ‘geek’ event in June about The Witcher, The Sandman, and more