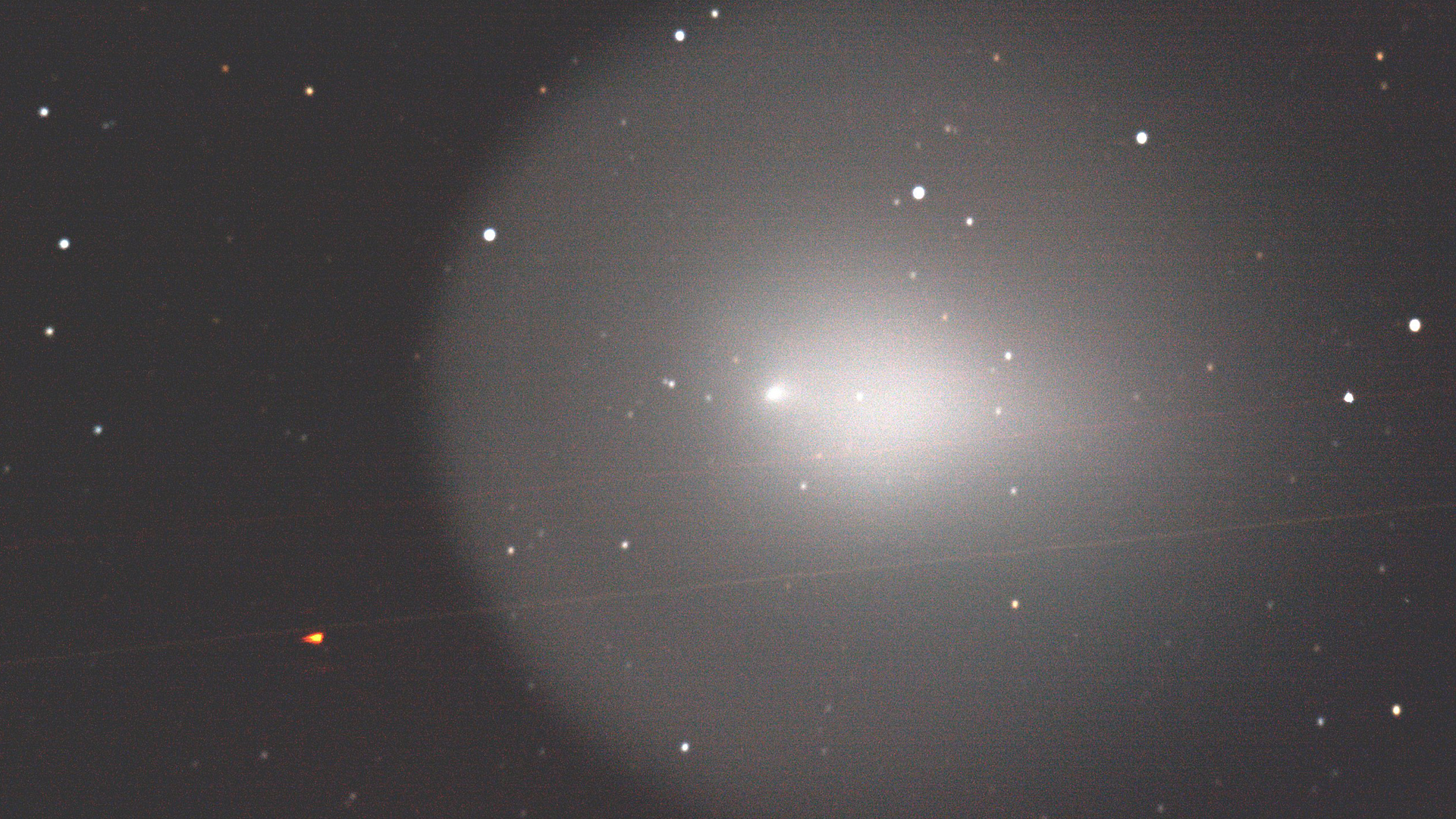 Debris from the most spectacular comet outburst ever is visible from Earth this month and astronomers hope the observations might shed some light on the puzzling event that brightened up the sky in 2007.

When the faint Comet 17P/Holmes erupted with the brightest cometary burst ever observed in October 2007, astronomers watched in awe. It wasn’t the first time this underwhelming 2.1-mile-wide (3.4 kilometers) comet did it. In fact, the ice ball was only discovered thanks to a similar outburst in 1892.

Debris from the 2007 outburst, which at that time created a coma wider than the sun, still orbits in the central solar system, periodically crossing the trajectory of Earth. This month, it can be visible to amateur telescopes, and a team of scientists from Finland encourages skywatchers to look for it, as the observations might help explain what is so special about 17P/Holmes. The best time to observe Comet 17P/Holmes is after Aug. 22 to avoid interference from the bright moon, amateur astronomers have said.

Related: When to look for Comet 17P/Holmes in the August sky

“This comet is different from other comets because other comets have not produced such outbursts,” Markku Nissinen, a Finnish amateur astronomer who observed the 2007 outburst and has studied Comet 17P/Holmes ever since, told Space.com. “It’s a Jupiter family comet and there are hundreds such comets but none of these has ever done this. There must be something different about this one.”

Jupiter family comets orbit the sun in elliptical orbits with the farthest points between the orbits of Mars and Jupiter and the nearest point close to the star. They usually complete one orbit in about 20 years, brightening up everytime they warm up closer to the sun. Because of these frequent visits to the central solar system, Jupiter family comets gradually become fainter and fainter as the warm environment depletes the volatile materials that are responsible for the creation of their bright cometary tails.

But 17P/Holmes doesn’t follow this pattern, which, Nissinen says, suggests that the comet might have a different chemical composition than all those other Jupiter-family comets known.

“It’s possible that this comet formed in a different place of the solar nebula,” Nissinen said.

Maria Gritsevich, a planetary scientist at the University of Helsinki in Finland, who co-authored several studies about comet 17P/Holmes with Nissinen, told Space.com that strangely, the comet doesn’t produce the outbursts during every visit into the central solar system.

“[These outbursts] always appear when the comet passes a short distance from the sun, so it seems to be heat-related,” Gritsevich said. “But the outbursts don’t seem to be periodical. They are rather random.”

Gritsevich hopes that observations of the debris streams could start answering some of these questions. From measuring the brightness of the particles, their sizes and distribution, the astronomers can glean insights about their physical and chemical properties.

Nissinen added that an infrared observatory, such as the James Webb Space Telescope, could easily uncover the mysteries of 17P/Holmes by measuring absorption spectra of the comet’s dust, which would reveal its chemical composition in great detail.

“The dust is well observable in mid-infrared [wavelengths],” Nissinen said. “If they could observe it from space with the James Webb Space Telescope, that would be really interesting.”

« 3 reasons why Bitcoin’s drop to $21K and the market-wide sell-off could be worse than you think » The cone is gone: VLC Media Player silently banned in India