Destiny 2: Lightfall’s Grapple Will Change How You Interact With The Whole Game

When Bungie gave Destiny 2 players their first look at the upcoming Lightfall expansion during its recent showcase event, there were a number of things about the game’s next chapter that were surprising, but perhaps none were as unexpected as the inclusion of a new grapple ability. The Destiny games have always put a major premium on traversal and mobility, especially for a first-person shooter, but the inclusion of a grapple looks set to change the feel of the entire game.

The showcase mostly showed the grapple in use in Neomuna, the new location Lightfall will add to Destiny 2 when it releases in February, but eagle-eyed fans would have caught suggestions that you can use it in existing content as well. In an interview with GameSpot, game director Joe Blackburn and general manager Dan McAuliffe confirmed that you can, in fact, use the grapple anywhere in Destiny 2.

Getting the grapple to work throughout the rest of Destiny 2 without breaking the game, though, has been a challenge that McAuliffe joked keeps him up at night.

“Part of the ambition was to add something that pushed the boundaries and changed the way you interact with both the new content and the existing content,” McAuliffe said. “The thing that I’m excited to see is the changes to the sandbox in different types of content. Are there different ways to solve for a trap in a mission or a puzzle in a raid or something to that effect moving forward? Is that a challenge? Sure, but I think that possibility space is worth the risk.”

The grapple is part of the new “Strand” set of abilities coming to the game with Lightfall, and like the freezing Stasis abilities added in the Beyond Light expansion, they’re going to greatly expand players’ capabilities. The idea behind Strand is that it’s a kind of invisible cosmic web woven through the universe, a dimension just beyond what the people of the Destiny universe can perceive. Because Strand exists everywhere, it means you’ll be able to use the grapple everywhere–and that you’ll be able to use the grapple to grab onto that cosmic web at any point, essentially anchoring your grapple to thin air to allow for a swing.

It’s easy to see how the grapple might change how players interact with Destiny 2’s world, which is full of platforming puzzles and locations that make movement as important as shooting. Destiny 2’s player-vs.-player gameplay is also heavily reliant on movement to set it apart from other first-person shooters; some classes can float and glide in the air or triple-jump their way through a fight. Adding a Spider-Man-like movement ability has the potential to significantly alter how players approach those situations, and all three of Destiny 2’s character classes will have access to the grapple ability.

Blackburn explained that while Bungie wanted to push the envelope of what players are capable of when it comes to movement and platforming, the studio didn’t want the grapple to become the de facto way of playing the game, replacing all other options. So in practical terms, the grapple replaces players’ grenade ability, meaning you’ll need to consider the costs of using it.

“Obviously we love to play with cooldowns based off of what [ability] is slotted in a [loadout], but this is not going to be a thing where you’re trying to find someone a PvP and it’s like, ‘Well, they just grappled 20 times in a row, I guess I will never see that human again,'” Blackburn said. “Thinking about ways that you could build-craft into stuff if you like to grapple a lot, or you could say, ‘No, I just like to use it periodically. I want to build-craft into other things as well.'”

So although Bungie is looking to make the grapple an interesting addition to the existing Destiny 2 world, the team is also working to keep the ability from dominating the entire game. However, just as Stasis remains a big part of the experience on Europa, expect Strand to be important to the story and landscape of Neomuna. There, you can expect to see holes in reality where Strand is poking through into our world, which can allow players to take greater advantage of elements like the grapple. The non-competitive player-vs.-environment side of the game will lean more into the fantasy of using the Strand abilities, making it a bigger part of the level and environmental design. Expect points you can grapple to that will instantly reset its cooldown, allowing you to swing multiple times in a row, Blackburn said.

Blackburn and McAuliffe said that Bungie is trying to capture an action-hero feeling with Lightfall as you fight through its new urban landscape. Strand and the grapple are part of creating that feeling, they said, while also expanding on the rest of the Destiny 2 world. 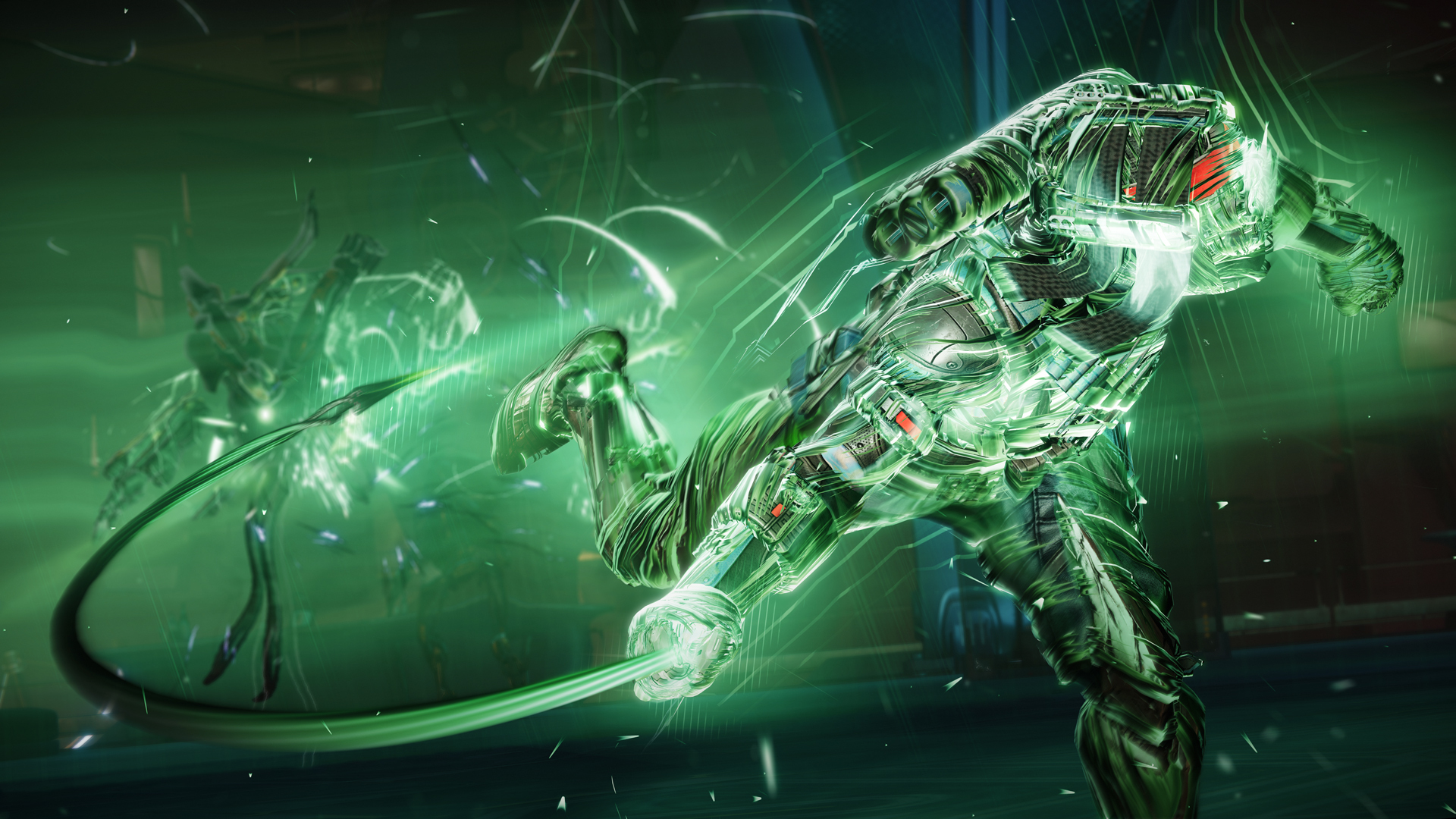 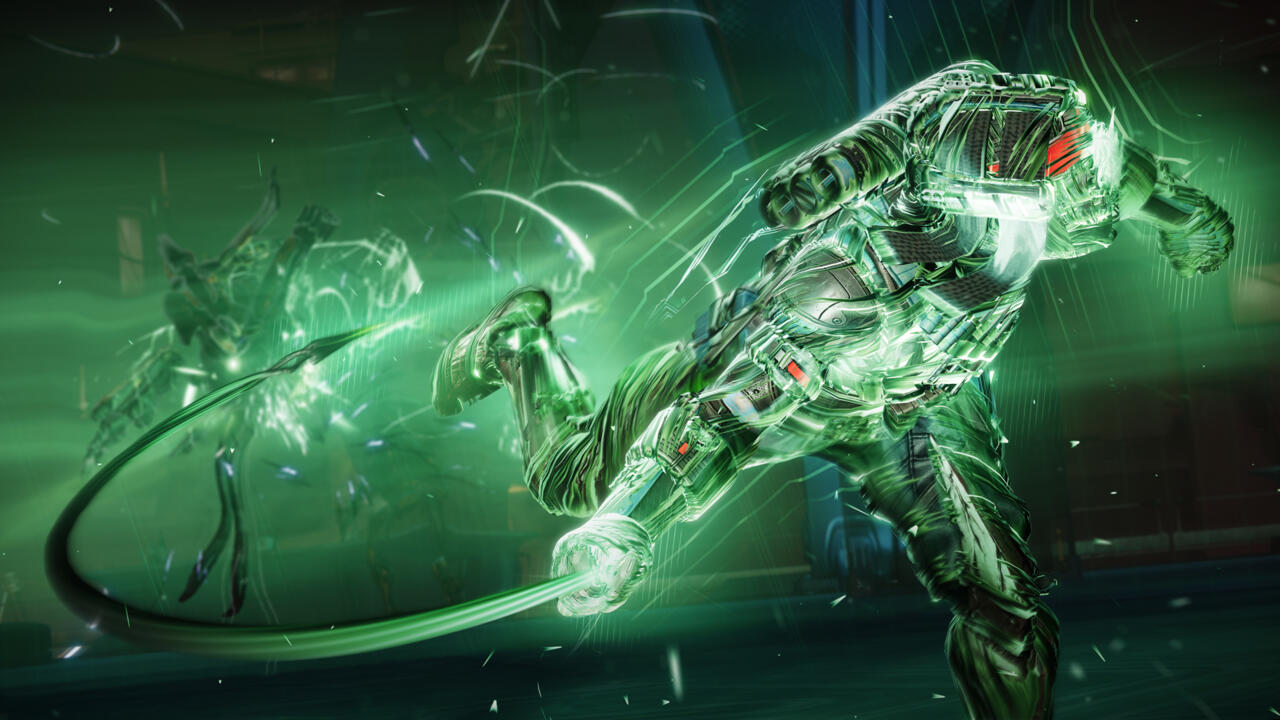 “I think ‘Why grapple,’ it came from the team really looking at, ‘Okay, you need to make a damage type that both can be evocative in this blockbuster action fantasy, but can also live on forever in our crazy side fantasy game,'” Blackburn said.

“Stasis was another big, ‘Oh, my God, what have you put into the game’ thing. ‘You can freeze stuff?'” he continued. “Certainly there was a rough landing there, but we’ve gotten to a place now where it’s like, ‘Oh yeah, of course you can freeze stuff in Destiny.’ That’s just part of the game. We want to make sure that we’re always, especially with a new damage type, pushing Destiny to say, ‘Hey, let’s make something unique.'”

Lightfall is scheduled to release on February 2023. For more, read about how Bungie Wants Destiny 2: Lightfall To Feel Like Blade Runner Meets Independence Day.