This week, Guardians are returning to the Debris of Dreams section of the Shattered Realm in Destiny 2‘s Season of the Lost. The area is reminiscent of the Tangled Shore, populated by angry Scorn who are trying to uncover the secrets of the Ascendant Plane–ostensibly on behalf of Xivu Arath. This week, new Ascendant Mysteries are part of the activity, giving you a chance to mess up the Scorn’s plans and claim some new loot for yourself.

Here’s where to find the two Ascendant Mysteries hidden in the Debris of Dreams, and what you need to do to complete each one. And while you’re at it, check out our guide to help you find the Awoken Data Caches hidden in the Shattered Realm, as well. 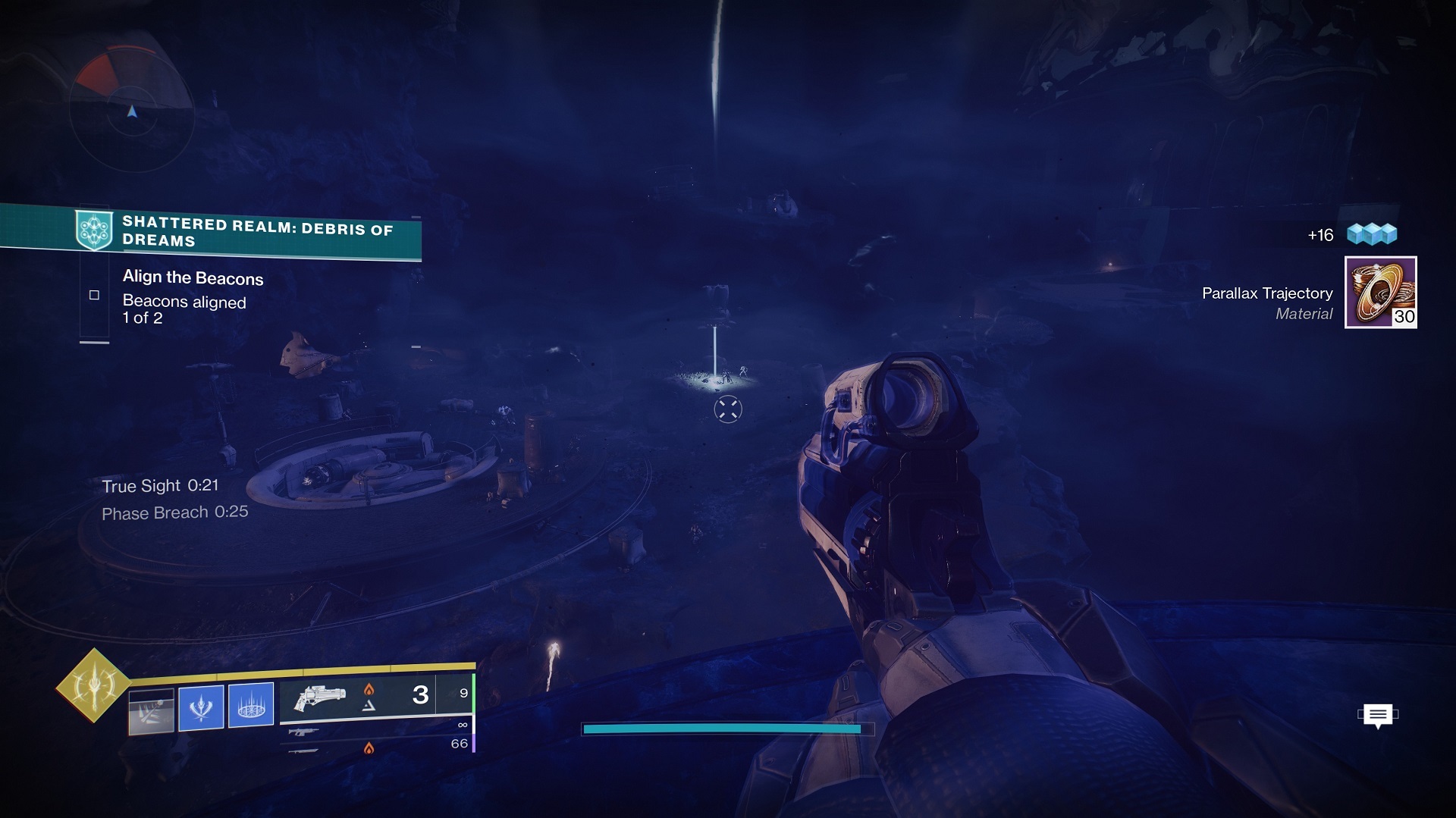 As in the Forest of Echoes last week, each Ascendant Mystery in the Debris of Dreams is tied to aligning its nearby beacon. After you align the first beacon, you’ll see a notification message on your screen noting that the Scorn are drilling for something.

Return to the central area where you first entered the Debris of Dreams, called The Ruined Outpost, with the big spinning mechanical fan thing set in the ground. You should spot some Scorn with an Ether drill. Head down and kill all the enemies there; you specifically need to take out the enemies marked as Drill Crew. After they’re all dead, Mara will talk to you on the radio and the drill will explode, revealing an orb of unrefined Taken energy. 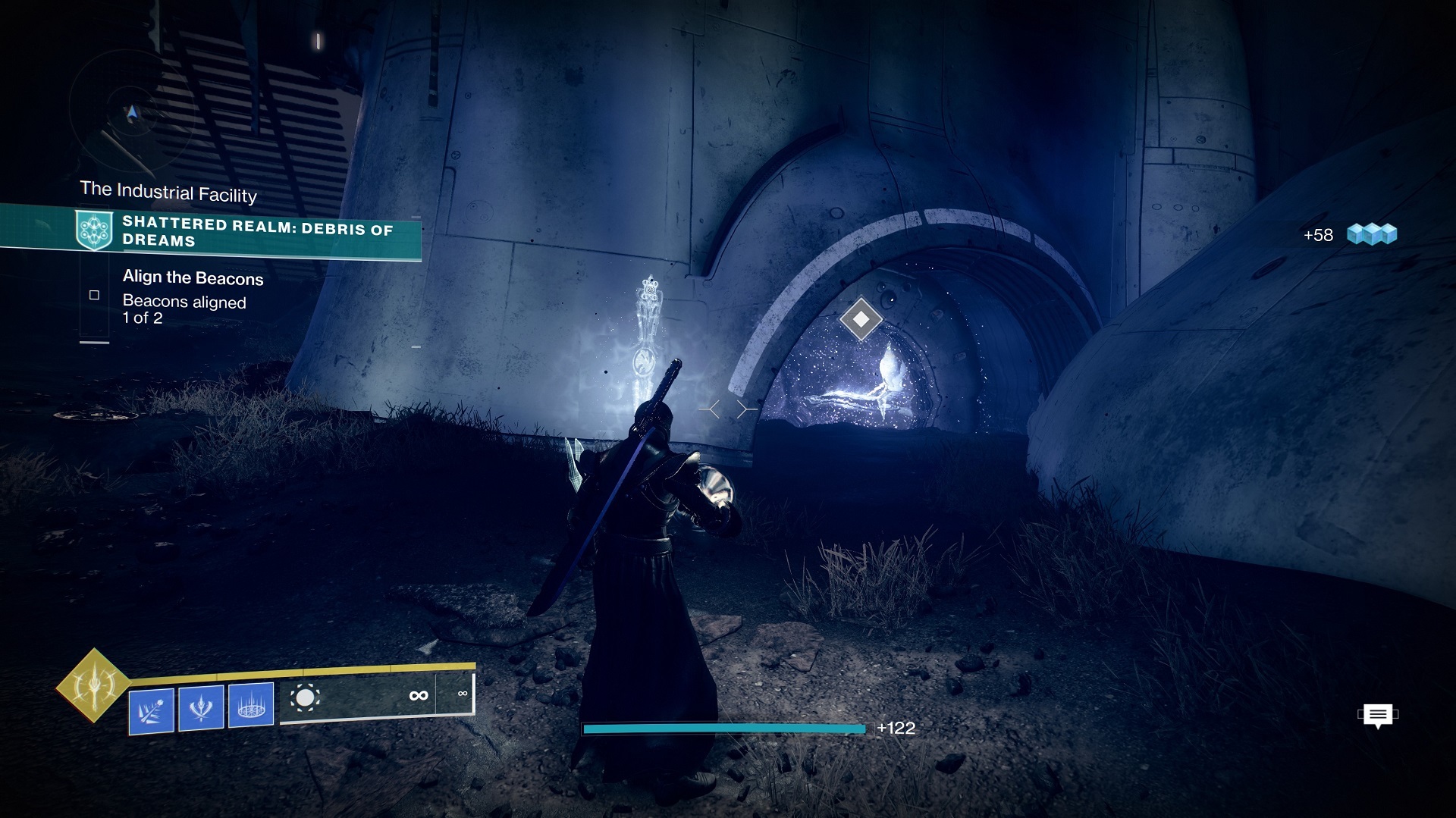 Grab the orb and follow the waypoints, which will lead you to the Industrial Facility. There, you can use a Barrier Breach marker to enter into the building, where a teleporter waits to take you to a distant floating island called The Overlook. Once you’re there, you’ll first need to deposit the orb into a machine and then step on a big round pressure plate, similar to the ones seen in the Hollow Lair Strike on the Tangled Shore. You’ll also have a few enemies to clear out here. When the pressure plate hits the ground, the machine will spit out a Refined Taken Energy orb. Grab this one and take it back to the big building in the Industrial Facility–you can probably jump straight there from this island.

Head inside the big building in the Facility using the newly unlocked doors and follow the waypoints to dunk the orb. That powers up a nearby control console, which will be marked with a message on your screen. Clear out the Scorn, including some tougher Major-level Ravagers, and then activate the console to reveal the chest and claim your Ascendant Mystery. 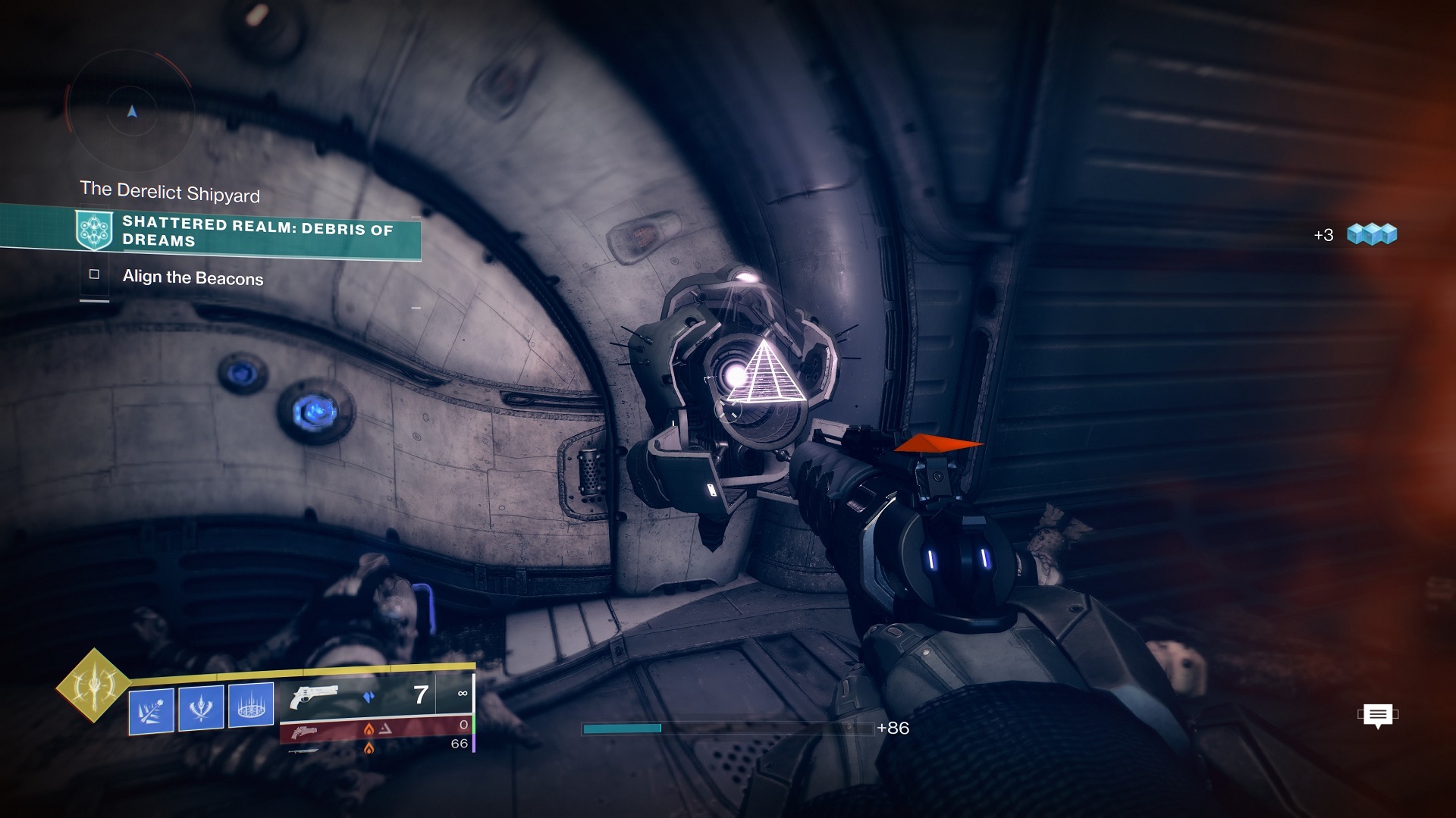 Climb the ladder in the Derelict Shipyard to reach this door, which you can now access.

You can get to the second Ascendant Mystery right after aligning the second beacon, located in The Derelict Shipyard and it’s easy to reach from that point. Once the beacon is aligned, jump back across the gap you covered to get to it, which puts you on a round platform with a central column, which also sports a round opening. If you enter that column and look up you’ll see a door at the top and ladder rungs reaching up. Jump up the rungs and you can climb the column up to the area above, known as The Encampment.

Just ahead of you, you’ll see two Scorn guys checking out a control panel, and you might have noticed that when you activated the beacon, you received a message about ancient technology coming back to life in the area. That control panel is the technology the message was talking about, so kill those two guys and walk over to it. The panel will open and allow you to activate it, opening the door ahead and revealing three Scorn Majors doing some kind of ritual. Two of them will flee, and you’ll see messages giving hints about where they went: Kaaskis The Hungerer slipped through the barrier, while Siirnak The Deepwalker fled into the depths. 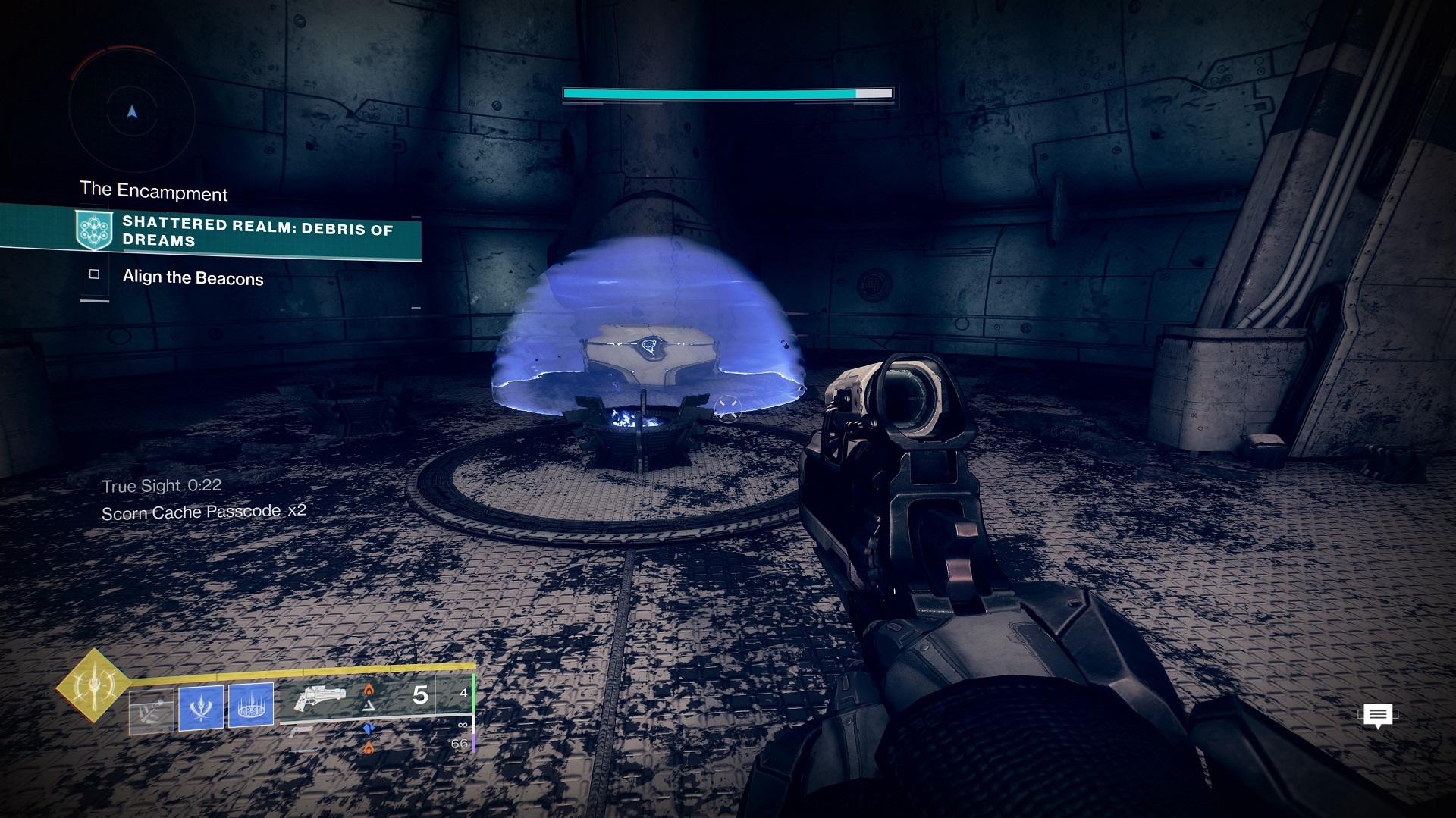 You need to kill the three Scorn Majors who were formerly in this room to open their Ascendant Mystery chest.

Worry about them in a minute; first, clear the room, and make sure to kill a chieftain called Akaskis The Listener. Dropping him will give you the first of three Scorn Codes, and if you check to one side of this room, you’ll see why: The Ascendant Mystery chest is protected by a shield bubble and you need three codes to break it. When Akaskis is dead, you can input the first code, lighting the little torch in front of the chest. You need to kill the other two Scorn Majors to get the last two codes.

Kaaskis the Hungerer went through the barrier that leads out of this room, so you can grab Barrier Breach from the nearby marker and follow. You’ll know you’re going the right way as you start to see laser Trip Mines scattered along the path. Keep an eye out for a Safe Passage marker to get rid of the suppression from the Field of Strife you’re passing through, as it makes avoiding the mines a lot easier. 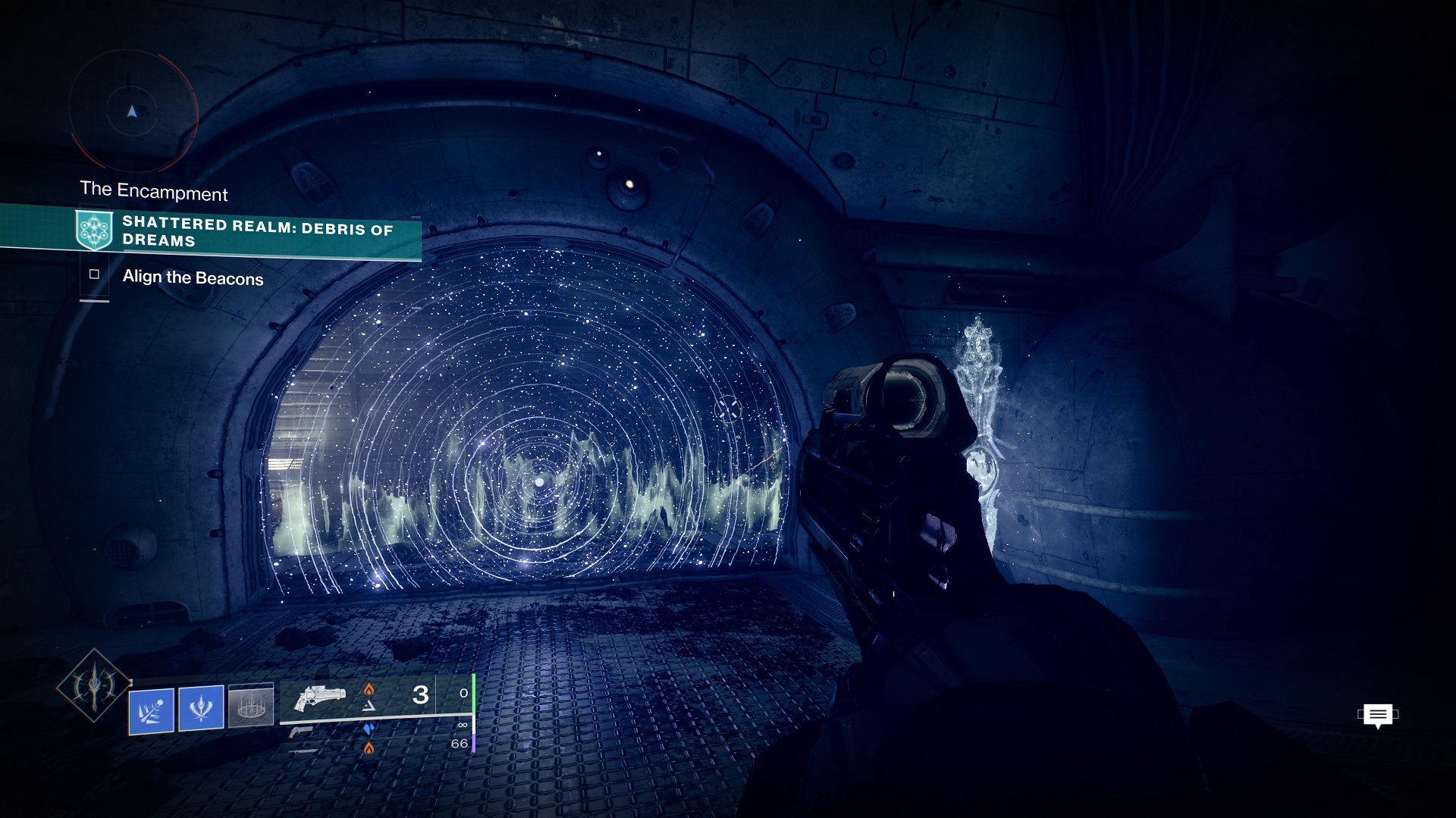 Follow the path through the barriers, past the trip mines, to reach Kaaskis outside.

Eventually you’ll find your way down to another Barrier, this one covered in Trip Mines. Grab Barrier Breach from the nearby marker and just run straight through–if you keep moving past the mines, you should avoid damage. The path to your right has some Scorn enemies guarding it, so clear them out, and head through another Barrier ahead to finally catch up with Kaaskis. Kill the Scorn to get the code you need from it, then return to the room with the shielded chest.

To catch up with Siirnak the Deepwalker, you need to go back out to The Ruined Outpost, the middle location where you fought the Drilling Crew for the first Ascendant Mystery. If you stand on the rotating fan machinery in the center of that area, you can look down and see enemies below in another Field of Strife. That’s where Siirnak is hanging out, along with a bunch more Scorn enemies, including some explosive Screebs.

That big spinning fan on the left side of this image marks where you want to drop down to find Siirnak.

Drop down and fight through the enemies, keeping in mind that the Field of Strife here will slow you down somewhat. When you’re done, you’ll need to use the tunnels to get back out of this hole, which will let you climb back up to the surface and return to The Encampment. With the last two codes in-hand from killing the Scorn enemies, you’ll be free to deactivate the shield and claim the Ascendant Mystery–while also learning a little more about what the Scorn are doing.