Devs Get 100% Of Revenue On Itch.io Today

Today’s a good day to buy games to support developers, as digital storefront Itch.io is holding its first ever “Creator Day.” For the rest of the day, when you purchase anything on the store, 100% of revenue brought in through Itch.io will go to the creator.

This is an excellent event that can make a big difference for small and independent studios, especially as this can be used to drum up more attention for small games. Itch.io is already extremely friendly to small devs; its normal revenue cut defaults to just 10%, although studios can elect to kick an additional percentage to Itch.io if they so choose. The promotion runs all day until 11:59 PM PT/2:59 AM ET/7:59 AM BST. It’s important to note that not all of your money will go to the creator, as taxes and fees have to go to the relevant entities, but just about 100% of the purchase price will be paid out to the studio. 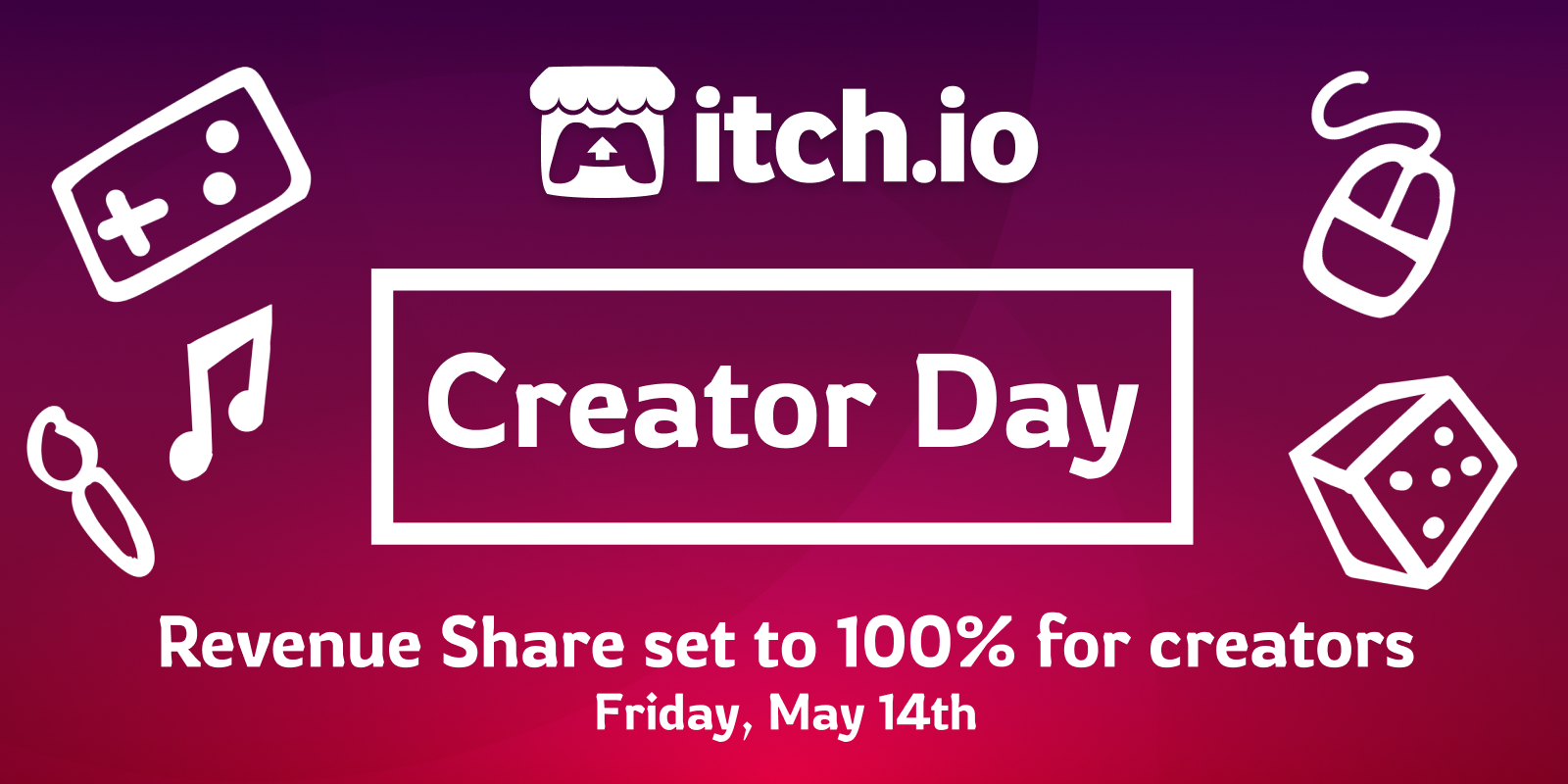 In his announcement blog post, head of content and business Spencer Hayes said that the company is looking to make Creator Day a consistent event. Itch.io’s intention is to help encourage creators to post and promote their work, and thus to increase awareness for small products hosted on the storefront.

Itch.io’s revenue-sharing split is much more generous toward developers than larger platforms. Steam’s normal default cut–the one that applies to indies and small developers especially–is 30% to Valve, and that cut is only reduced once a publisher or developer brings in more than $10 million. The Epic Games Store has undercut Steam since its inception by only taking 12% of purchases, a split that Microsoft just recently rolled out as well.