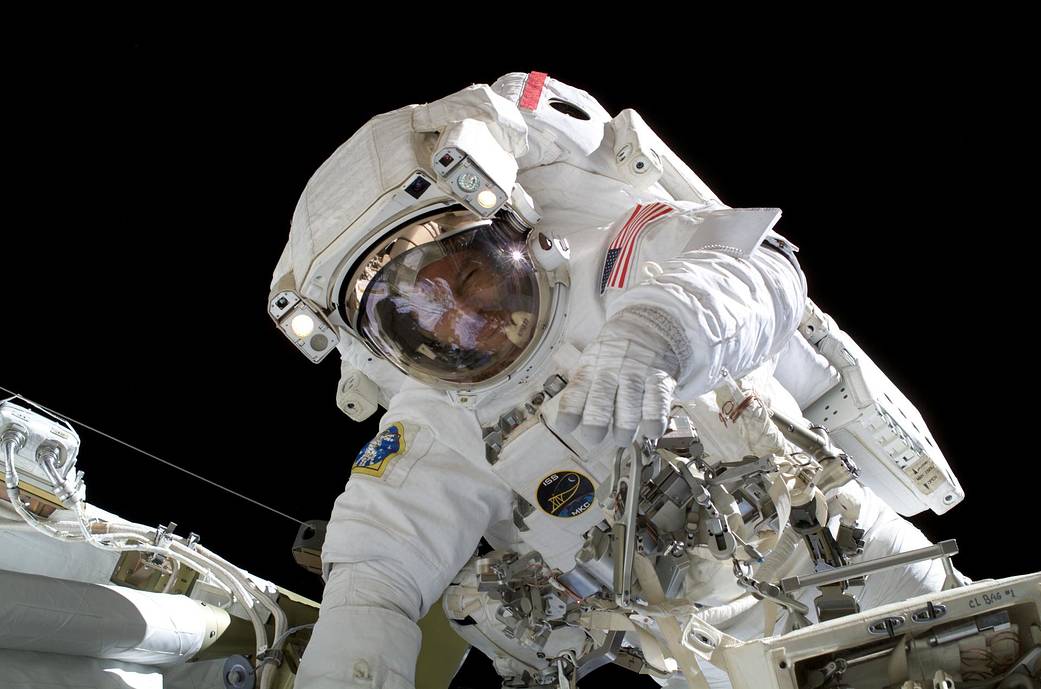 Former NASA astronaut Michael López-Alegría is about to fly to orbit with three paying passengers — but the trio aren’t “space tourists,” the veteran spaceflyer stresses.

The crewmembers will ride inside a SpaceX Dragon capsule, which will lift off atop a Falcon 9 rocket. López-Alegría is getting paid for this 10-day mission, but his three crewmates likely shelled out about $55 million apiece for the experience.

Still, “I would say it is not tourism at all,” López-Alegría told Space.com during a conversation last year.

Former NASA astronaut Michael López-Alegría shared this photo of himself in an Axiom Space-labeled vehicle early in the morning on April 6, 2022. He and the Ax-1 crew were up early for a dry dress rehearsal at the launch pad.  (Image credit: Michael López-Alegría/Twitter)

“This is too often called space tourism,” López-Alegría said. But “this is real work that is requiring a lot of preparation, and I don’t think it’ll be relaxing.”

“I think it’ll be an amazing experience, but one that is fulfilling because of not only the environment you’re in, but also what the private astronauts will accomplish,” he said. Ax-1 is “like a NASA mission to the ISS, and by no means what I equate to a leisurely, tourism adventure,” he added.  “It’s much more than that.”

“We have spent countless hours in simulations in technical training and hands-on training,” López-Alegría added during the same news conference.

Ax-1 mission pilot Larry Connor, a real estate entrepreneur, added that the crew started training over a year ahead of the flight, and, “depending upon our role, we’ve spent anywhere from 750 to over 1,000 hours training.” The crew includes commander López-Alegría, pilot Connor as well as mission specialists Eytan Stibbe and Mark Pathy.

While a comparison does not need to be made, NASA astronauts have to possess minimum qualifications including a master’s degree in a STEM (science, technology, engineering and mathematics) field and at least two years of related experience. And they can train for up to two years to become a “fully qualified astronaut” ahead of their first flight, according to NASA (opens in new tab).

Connor added that “across all of the astronauts here, we’re going to do some 25 different experiments, encompassing over 100 hours of research on the eight days we’re on the ISS.”

In addition to training hard for their flight, which will last 10 days in total, the Ax-1 crew is also flying with science experiments that they will carry out while on board. These experiments include a “brain headset” provided by Israeli startup Brain.Space.

Stibbe will carry the “brain headset” along with a number of other experiments sent on behalf of the nonprofit Ramon Foundation, which Stibbe co-founded in honor of his friend Ilan Ramon. Ramon, the first-ever Israeli astronaut (Stibbe will be the second), died during the tragic space shuttle Columbia mission in 2003.

What makes an astronaut?

Until recent history, the term “astronaut” had a fairly specific, narrow definition. But today, it isn’t just government-backed space agencies that are launching humans to space.

In 2001, Dennis Tito, an American engineer and entrepreneur, became the first space tourist to fund his own trip to space. Since then, the commercial space industry has expanded incredibly, as has the list of people who fall under the category of “private astronaut.”

Just within the last year, a number of companies have made strides in providing private crewed space missions.

Last summer, for example, both Virgin Galactic and Blue Origin launched their first crewed flights, each suborbital flights (though they reached slightly different altitudes with different types of vehicles). These crewed suborbital flights were followed by the first all-private mission to launch people to Earth orbit: Inspiration4.

In September 2021, Inspiration4 sent a crew of four civilians on a three-day orbital journey around Earth aboard a SpaceX Crew Dragon capsule as part of a larger effort to support St. Jude Children’s Research Hospital. The crew also conducted experiments on board during their mission.

Ax-1 will break new ground as well: It will be the first all-private crewed mission ever to visit the International Space Station.