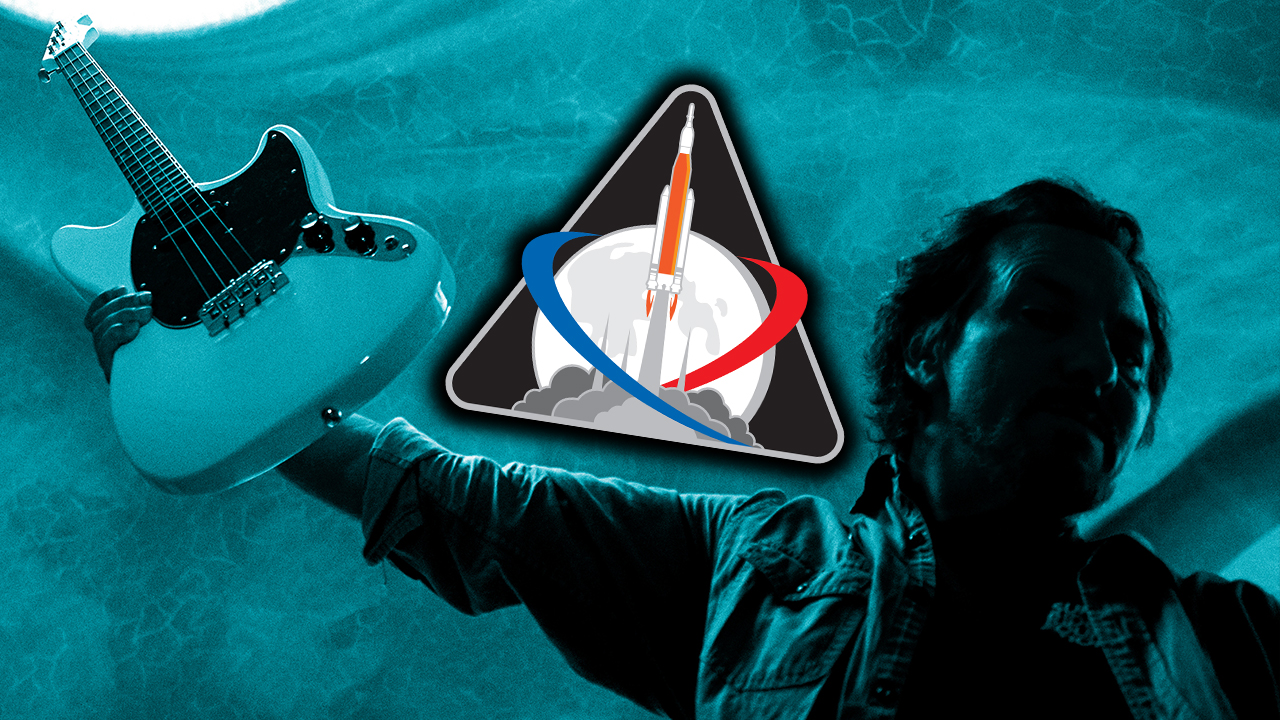 The behemoth Artemis 1 moon rocket is being “cleared for liftoff” and “making reverberations” in a new NASA video featuring music from Pearl Jam frontman and grunge rock legend Eddie Vedder.

The quoted lyrics are from the song “Invincible” on Vedder’s new solo record “Earthling.” It drives the beat from rocket rollout to the moon.

Exploration-themed lyrics abound on the song. “There’s a theory for everything/Resurrection to the big ol’ bang,” Vedder sings at one point. “At the core of the cosmos/We are so much more than particles,” he adds at another, taking listeners on a metaphysical journey through inner and outer space. “Invincible” is therefore a fitting soundtrack for NASA’s Artemis program of lunar exploration.

The video showcases an animated Space Launch System rocket launch along with concert footage from Vedder’s tour in support of the new album.

The fully assembled rocket, which will launch the uncrewed Artemis 1 mission around the moon in May or June, was rolled out to its launch pad at NASA’s Kennedy Space Center in Florida for the first time on March 17.

This isn’t the first time Vedder has looked to the stars for inspiration. Pearl Jam’s last record, “Gigaton,” features a trip to the Red Planet, for example, as well as a song titled “Superblood Wolfmoon.” The band even created a “Space Invaders”-style game to promote the record.

Eddie Vedder’s “Earthling” tour has wrapped up, but you can still catch the rocker with Pearl Jam on their recently re-scheduled “Gigaton” tour, coming soon to a theater near you in Europe and the United States.