Fall Guys‘ latest event, the Clan of Yeetus, is all about the Big Yeetus itself. For anyone unfamiliar with the Big Yeetus, it is the nickname of the large, white, gold, and pink hammers found in certain Fall Guys levels. This event honors the big hammer with new map variants featuring even more Big Yeetuses and unlockable rewards themed after the hammer. Here’s everything you need to know about the Clan of Yeetus event.

All of the challenges in the Clan of Yeetus event are centered around the event playlist of the same name. This event features multiple rounds of different minigames, each featuring an increased number of Big Yeetus hammers than normal. Unlike other shows, Clan of Yeetus doesn’t feature a traditional final round where only one person wins. Instead, the final round is a normal map and every player that completes the map gets the victory. There are 10 challenges, each worth 100 points. The Clan of Yeetus event runs from July 28 to August 1.

Here are all of the Clan of Yeetus challenges:

Completing all ten challenges will award you the 1,000 points needed to earn all of the free rewards. 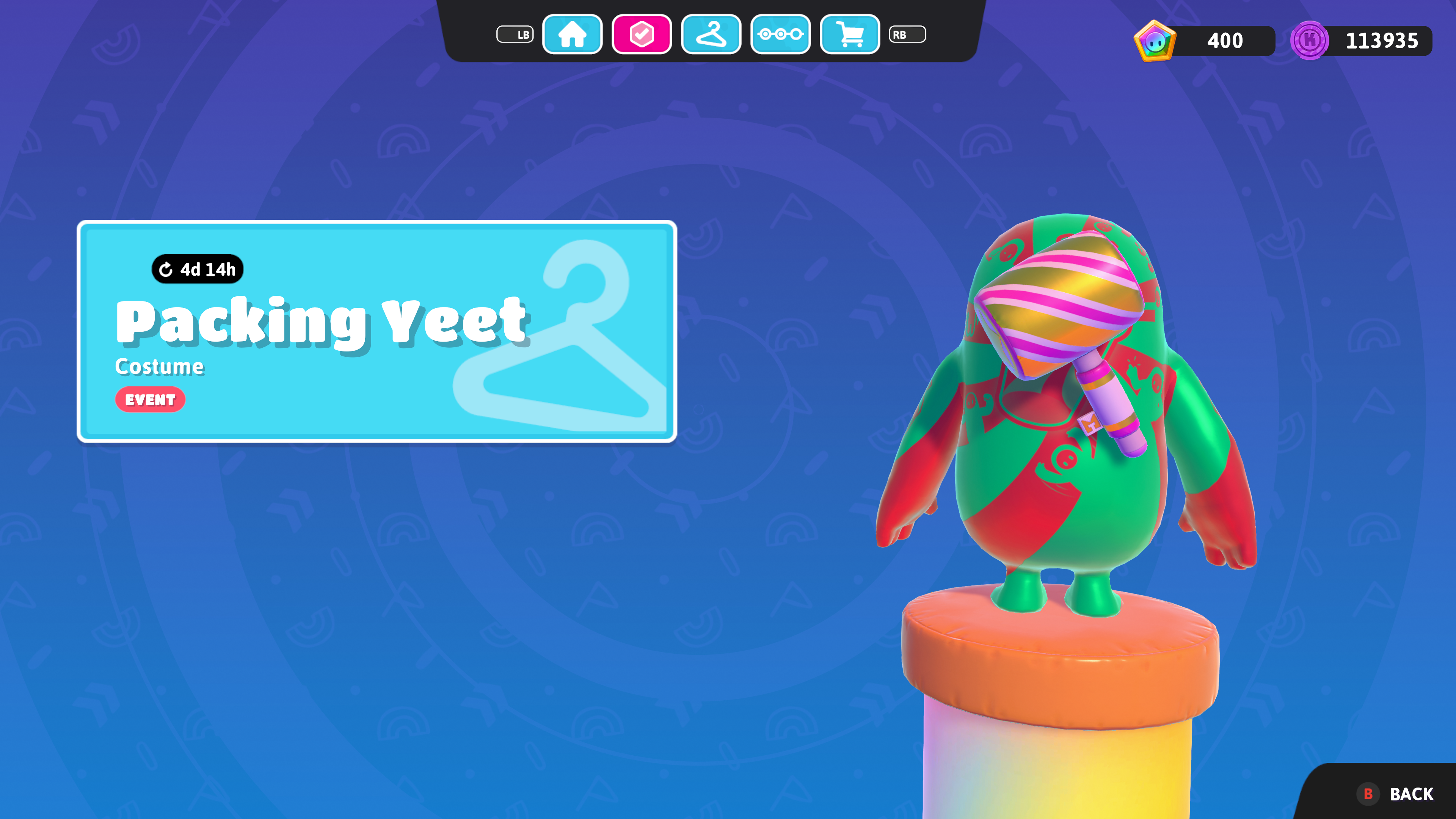 The Packing Yeet backpack lets you bring the power Yeetus with you wherever you go.

The reward items are:

During the Clan of Yeetus event players can also purchase the full Big Yeetus costume from the store for 1,200 Show-Bucks. 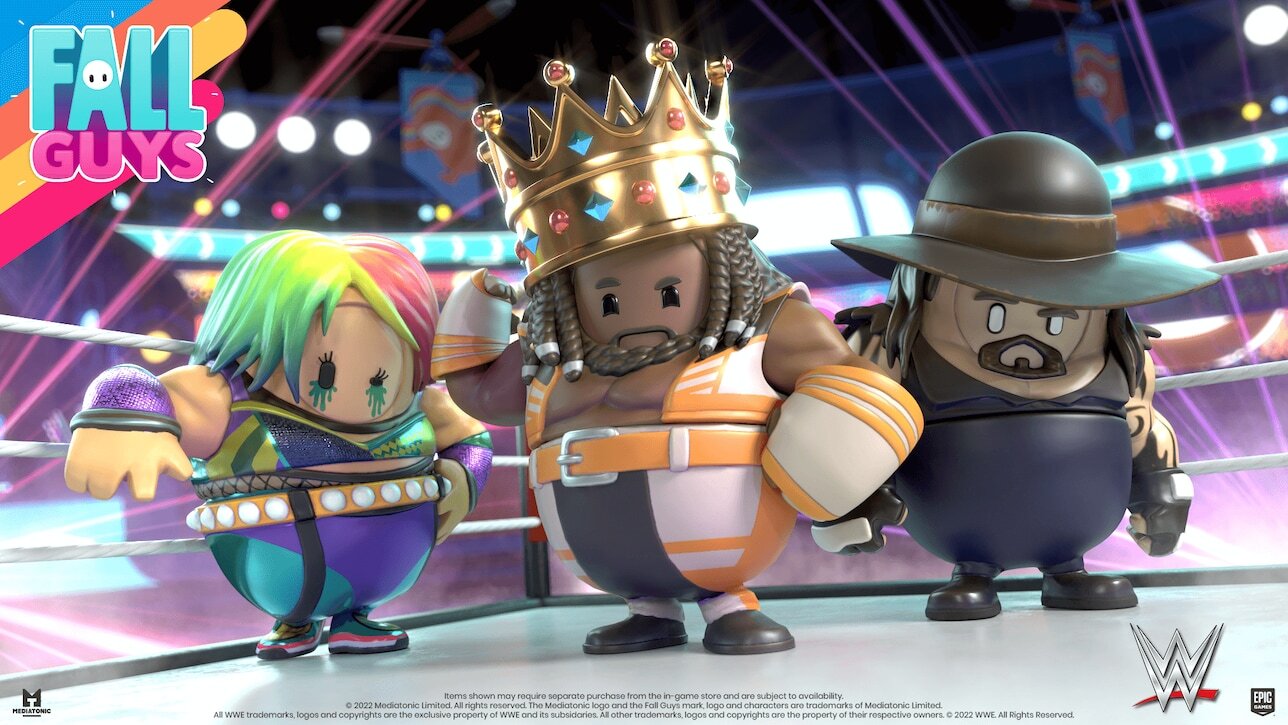 You can now bumble your way through Fall Guys as one of your favorite WWE Superstars.

Coinciding with the Clan of Yeetus event is the Fall Guys X WWE event, which adds a few WWE-themed items into the show. Players can pick up the Undertaker, Asuka, and Xavier Woods from the shop from July 28 to August 1. Each costume is available for 800 Show-Bucks (about $8) and there is a complete bundle featuring all three costumes along with a special celebration and emote for 2,000 Show-Bucks.