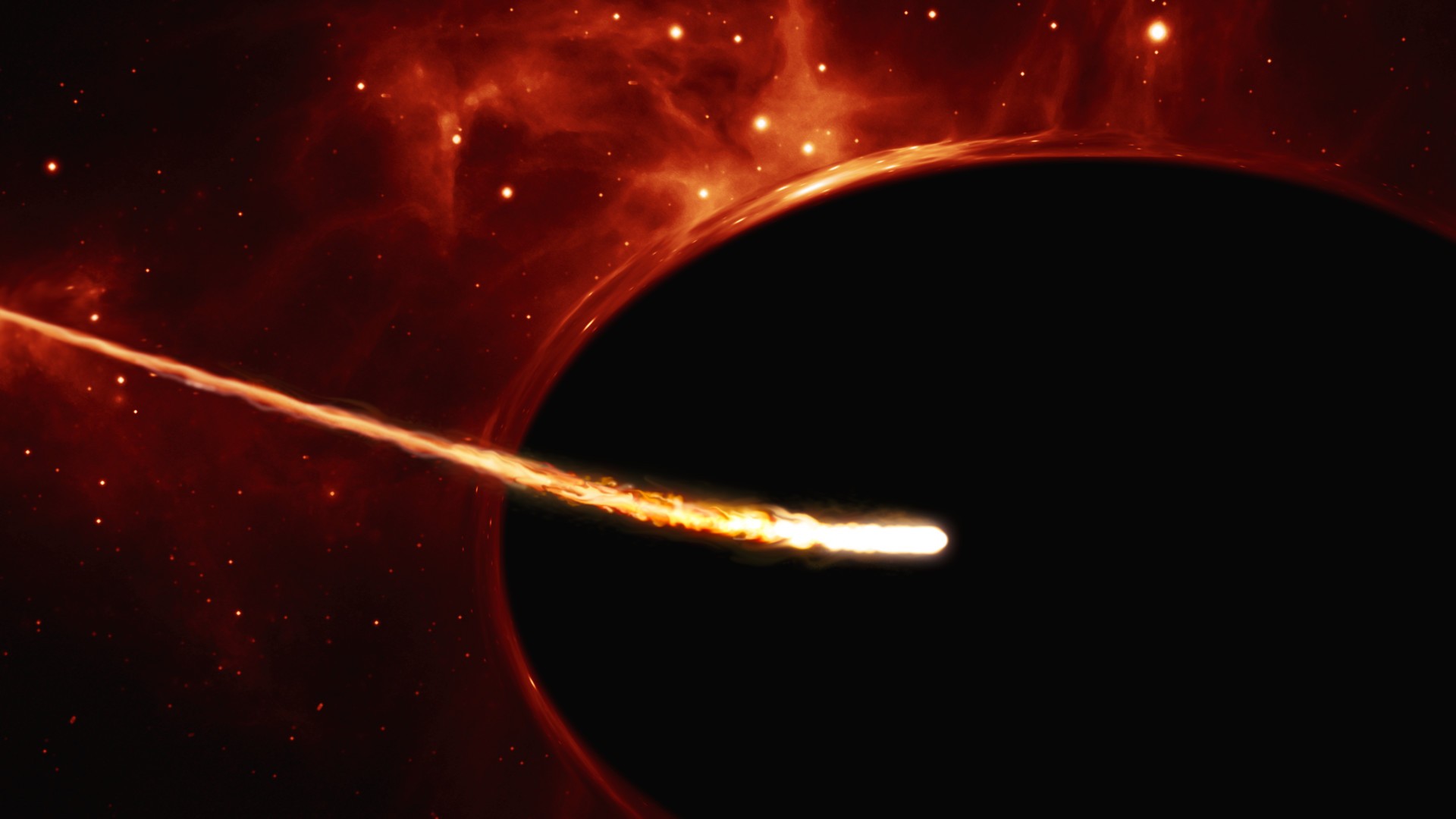 Astrophysicists have discovered the fastest known star which is racing around the black hole at the center of the Milky Way. The star, designated S4716, completes an orbit around the supermassive black hole Sagittarius A* (Sgr A*) in just around four years.

This means that the star is traveling at blisteringly fast speeds of around 18 million mph (29 million kph), or nearly 5,000 miles every second. During this rapid orbit of Sagittarius A*, which has an estimated diameter of 14.6 million miles (23.5 million kilometers), S4716 comes as close as 92 million miles (150 million km) to the supermassive black hole.

While this may seem incredibly distant, it is just 100 times the distance between Earth and the sun, which is a relatively small distance in cosmic terms. For example, the sun orbits Sgr A* at a distance of 26,000 light-years, with each light-year equivalent to 5.9 trillion miles (9.5 trillion km).

Related: Behold! This is the first photo of the Milky Way’s monster black hole Sagittarius A*

S4716 is part of a dense, tightly packed grouping of stars called the S cluster that orbits close to the galactic center and the Milky Way‘s supermassive black hole. These S cluster stars all move particularly fast but vary in brightness and mass.

The discovery of a star so close to Sgr* could change our understanding of how our galaxy has evolved and especially regarding its fast-moving central stars.

“The short-period, compact orbit of S4716 is quite puzzling,” Masaryk University in Brno astrophysicist Michael Zajaček said in a statement (opens in new tab). “Stars cannot form so easily near the black hole. S4716 had to move inwards, for example by approaching other stars and objects in the S cluster, which caused its orbit to shrink significantly.”

The most famous star in the S-cluster is arguably S2, which has an orbital period around Sgr A* of 16 years and only ever comes as close to the supermassive black hole as 11 billion miles (18 million km). But while S2 has been incredibly useful for the study of Sgr A*, it isn’t always helpful.

The center of the Milky Way as seen by NIR2 shows the orbits of several S cluster stars around Sgr A* (marked with a black cross).  (Image credit: Peibker, et al, 2022)

“S2 behaves like a large person sitting in front of you in a movie theater —  it blocks your view of what’s important. The view into the center of our galaxy is therefore often obscured by S2,” Florian Peissker, an astrophysicist at the University of Cologne and co-author on the new research, said in a statement. “However, in brief moments we can observe the surroundings of the central black hole.”

By continuously refining analytical techniques over two decades and combining them with 20 years of observations, Peissker and his team were finally able to confirm the rapid orbital period of S4716.

“For a star to be in a stable orbit so close and fast in the vicinity of a supermassive black hole was completely unexpected and marks the limit that can be observed with traditional telescopes,” Peissker added.

The team’s research was published on Tuesday (July 5) in The Astrophysical Journal.

« A bus-sized asteroid is passing safely by Earth today and you can watch for free » Bitmain Launches 2,400 Megahash E9 Ethereum Miner Ahead of The Merge