‘For All Mankind’ showrunners discuss the explosive season 3 finale 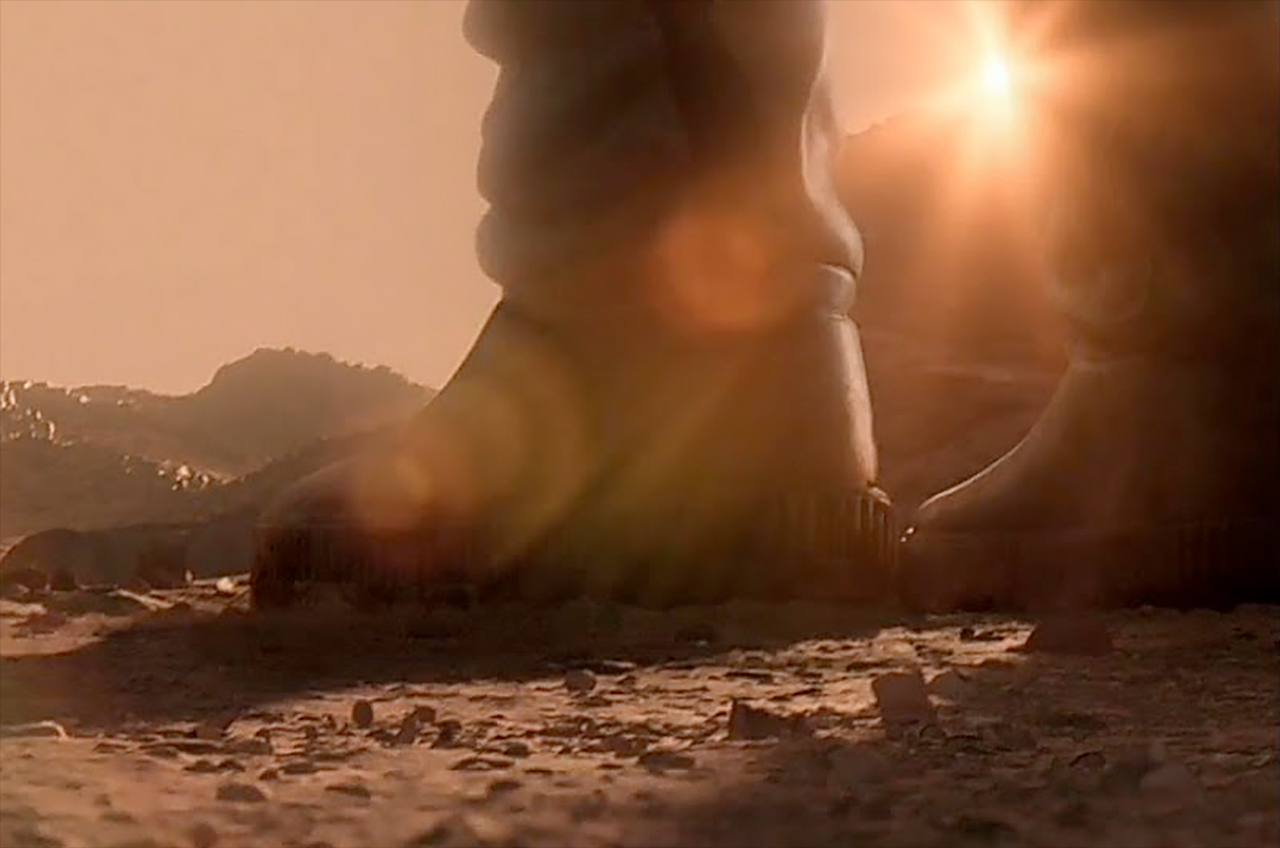 What could more pivotal to the course of NASA history than landing the first humans on Mars? As revealed in the season three finale of “For All Mankind,” (opens in new tab) the answer could be much more terrestrial.

Spoiler alert: what follows contains major plot points from the third season of “For All Mankind,” including the tenth and last episode streaming now on Apple TV Plus (opens in new tab).

The alternate space history series “For All Mankind” on Apple TV Plus (opens in new tab) has come a long way since its first season debut, when the show’s timeline split off from our reality (opens in new tab) by having the Soviets land the first man on the moon. Instead of the space race ending in the early 1970s, the rivalry between the U.S. and Russia continued, pushing space exploration well beyond what the Apollo program was able to accomplish.

So much so, that season two ended with a post-credits scene that zoomed in on a pair of boots on the surface of Mars (opens in new tab).

“When we did the boots at the end of season two, we didn’t know for sure whose boots those were,” Ben Nedivi, who with Matt Wolpert were the showrunners for season three, said in an interview with collectSPACE.com. “We left it open to explore in this season.”

A few minutes into the third season finale, the same scene plays out again, only this time, the camera pans out to reveal that the boots belong not to an American astronaut or a Russian cosmonaut, as some may have assumed, but the sole survivor of a North Korean mission that had been thought to be a robotic probe. Lt. Col. Lee Jung-Gil landed on Feb. 8, 1995, making him the first human to step foot on the Red Planet.

“They invested a lot into their rocket program in this era. There are all of those stories about Jimmy Carter and Bill Richardson going over there trying to stop them from investing, so it felt that in our alternate history, where the real race, the real show of power is what you’re able to do in space, it was only natural that a country like North Korea would try to get the respect they so badly wanted by becoming a player in this world. It really felt like a very natural extension of what happened in real history,” said Nedivi.

“We’re not saying North Korea has an equivalent space program to America or the Soviet Union or ESA,” added Wolpert. “They were able to get a rocket to Mars, but there’s no way for them to get back, which is really the other hard part — getting people back from Mars. So it felt authentic to us that to try to get that recognition, they’d roll the dice in a big way. It was a one in a million shot, but they pulled it off.”

The mission patches for the three-way race to the Red Planet from the third season of “For All Mankind.” Official mission patch replicas are now available from IconHeroes.com. (Image credit: collectSPACE.com)

For a show that centers on space exploration, the reveal of a North Korean Mars landing might be enough to call it a season, but the real shocker takes place back on Earth.

“It was not something we planned on from the beginning of the series, but we did come into season three with the idea of trying to reference the Oklahoma City bombing, which was such a major event in the 90s and played on this kind of simmering political resentment in society at the time that still feels relevant today,” said Wolpert.

A domestic terrorist attack detonates a bomb at NASA Mission Control, just as a key maneuver is underway at Mars. The resulting explosion leaves half the building missing and clams the lives of at least two key individuals who have been part of “For All Mankind” since the show’s start.

“In our alternate timeline, NASA is driving such innovation and such positive developments in technology, but then there is also an unintended consequence to those, like the idea of Helium 3 [fusion] reshaping the energy sector and suddenly there’s no more global warming, but a ton of people are out of work, creating this disenfranchised group,” Wolpert said. “We talk a lot about the 90s being this kind of economic boom, but there was a sense of certain people feeling like they were getting left behind. I think that capturing that idea, but to have the blame for that instead of going to the generic U.S. government to be more focused on NASA, felt like the right touch point for us.”

Despite production of season four (opens in new tab) already being underway, there is a lot unknown about where “For All Mankind” is headed — perhaps even more than between the previous seasons and their decade-long jumps in time. In addition to losing fan-favorite characters — Karen Baldwin, played by Shantel VanSanten, and Sonya Walger’s Molly Cobb are both killed in the blast — locations that were common to all three seasons were also destroyed.

“It was one of these moments where we all looked at each other said, ‘Are we really destroying this perfect set?’ and we did,” said Nedivi, referring in part of the show’s spot-on recreation of NASA’s historic Mission Control (opens in new tab) in Houston. “To really capture the idea of this bombing, we felt like we had to destroy these sets.”

“For us, walking into that set after the fact and seeing not only Mission Control, but [center director Margo Madison’s] office, was very emotional, honestly, because we’d grown so attached to these places the same way I’m sure any worker who’s worked in a place like that gets attached,” Nedivi told collectSPACE. “I think that was the key for us. We didn’t want to do a bombing and then cut to credits. We wanted you to really feel the impact of that bombing in a visceral way, where even this building, this room — which is sort of integral not only to the real space program but to our show — to see it in that state, I think really brings home that idea of the tragedy.”

A last look back at Mission Control. NASA director Margo Madison (Wrenn Schmidt) on the set in the season three finale of “For All Mankind,” now streaming on Apple TV+. (Image credit: Apple TV+)

Even this season’s post-credit scene, which for the previous two years has offered a glimpse of where the show is going next, offered no clue as to state of space exploration in the 2000s.

“Everyone’s expecting what planet are we going to next? So right away, we knew we were not doing that because, for one, we’re not done with Mars yet. I think there’s still a lot of story to tell there and to explore,” said Nedivi. But, I also feel like that ending is a new world for us. This is a show built on the idea that the Soviet Union is still thriving and as writers of the show, we have always felt like we’re not showing enough of the Russian perspective. So maybe having Margo there will open the show to more of that perspective in a way we haven’t been able to before.”

“In that strange way, it is almost like a new planet. Our version of a new planet,” Nevdivi said.

You can see all three seasons of “For All Makind” now on Apple TV Plus (opens in new tab).

Watch For All Mankind on Apple TV+