Fortnite: Where To Get Intel From Bushranger, Tarana, Rex, Cluck, And Grill Sergeant

Looking ahead to the Fortnite Week 9 challenges, one of the next Epic Quests coming players’ way will ask them to gather intel on wildlife from a group of five named NPCs. That list includes Bushranger, Tarana, Rex, Cluck, and Grill Sergeant. While this challenge is scheduled to appear in-game on May 13 at 6 AM PT / 9 AM ET, our guide will help you plan ahead, knowing where to find each NPC before Week 9 even kicks off.

Most NPCs hang out inside named locations, making finding them quite simple, but a few of this challenge’s assortment of NPCs are off the beaten path. Here’s where you can find each of them:

If you’re a better cartographer than reader, we’ve also pointed them out on the map below. 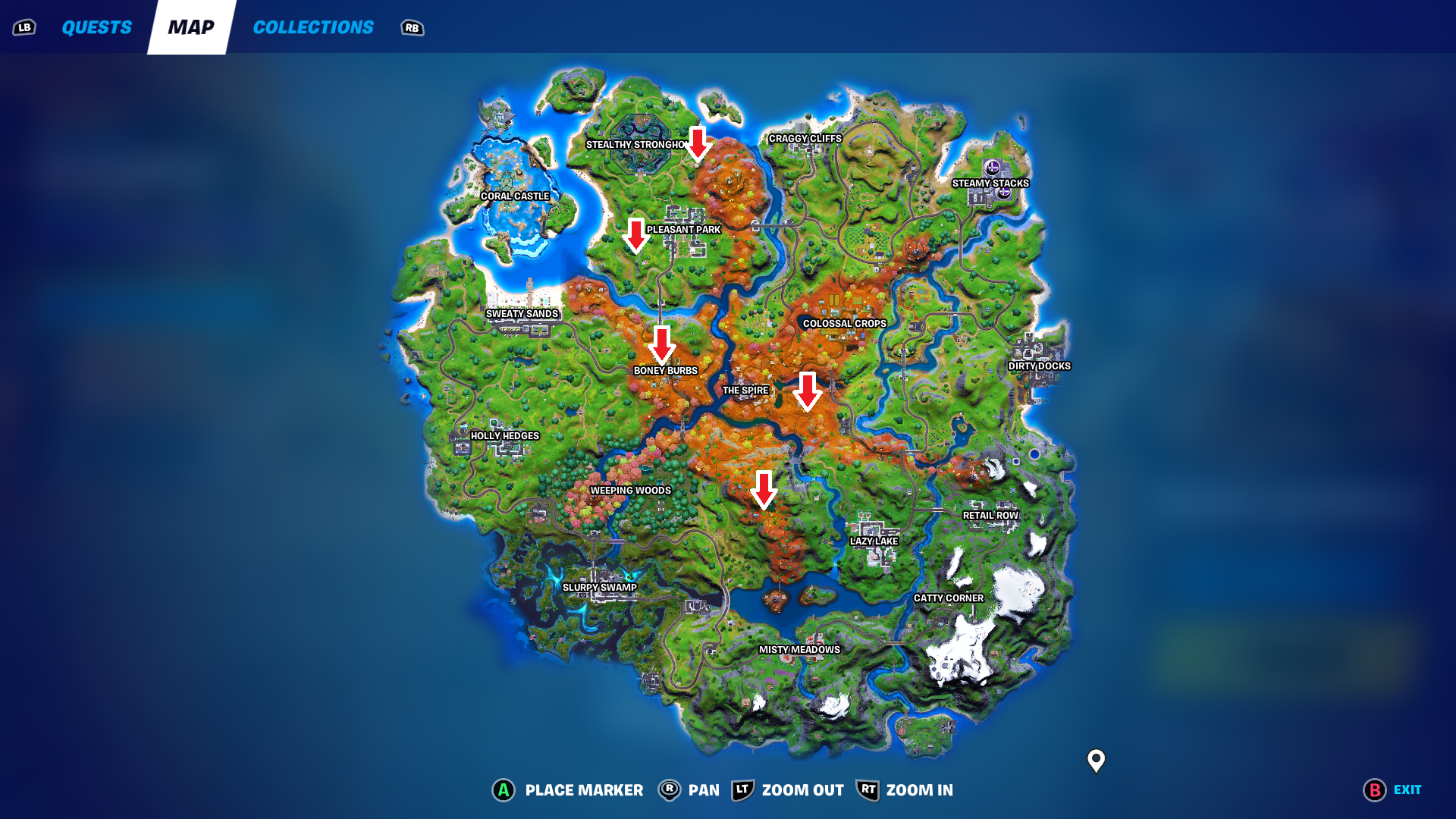 With most of them concentrated around The Spire, you may want to consider visiting Grill Sergeant to the north first, before heading south to get the rest, Storm permitting, of course. Once you’ve cleaned up that challenge, you’ll be 24,000 XP richer, plus you’ll have completed another of this season’s Epic Quests, which gradually unlock bonus Styles for Season 6 Battle Pass characters.

If you still need to finish up the Week 8 challenges, use our complete guide right here.