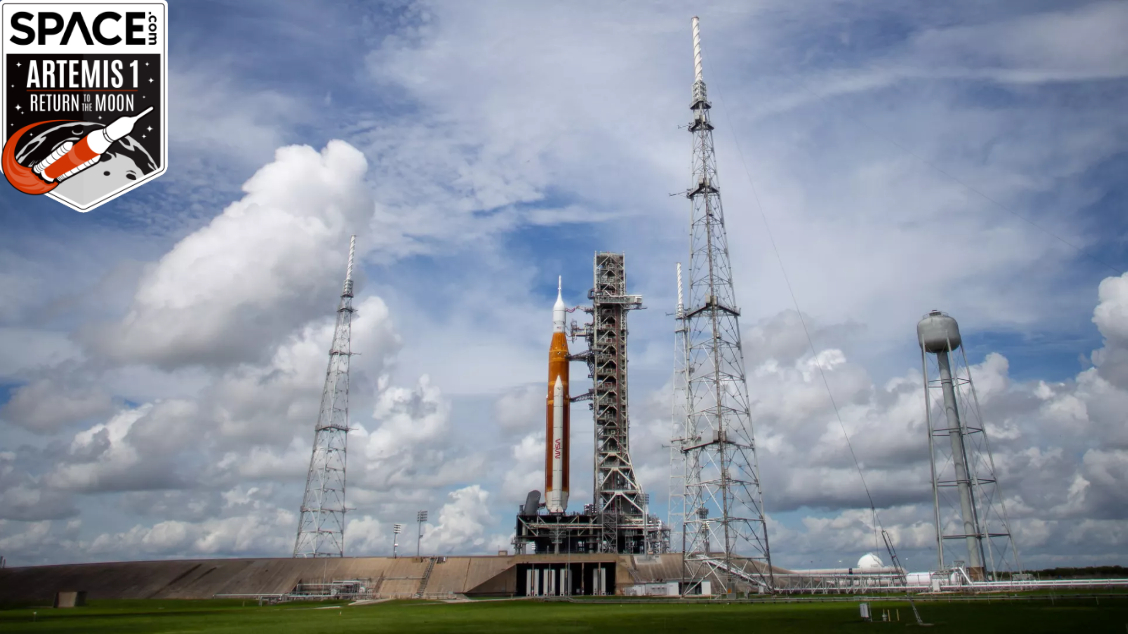 CAPE CANAVERAL, Fla. — NASA called off the second attempt to launch an ambitious test flight of its new moon rocket on Saturday (Sept. 3), this time because of a stubborn leak that delayed fueling.

The space agency hoped to launch its Artemis 1 moon mission atop a towering Space Launch System (SLS) megarocket at 2:17 p.m. EDT (1817 GMT) on Saturday, but a hydrogen fuel leak detected about seven hours before liftoff thwarted the attempt.

NASA engineers repeatedly tried to staunch the fuel leak during the Artemis 1 countdown. First, they tried to warm the tank connector and chill it with cold fuel to reseat the hydrogen quick disconnect connector. Next, engineers tried to repressurize it with helium, and then returned to the warm-and-chill method to stop the leak. All three attempts failed.

The delay, the second this week for NASA’s Artemis 1 moon mission, means the agency will have to wait until Monday (Sept. 5) at the earliest to make its next launch attempt. And that’s if the source of the leak can be fixed in time.

“We’ll go when it’s ready. We don’t go until then, and especially now on a test flight,” NASA Administrator Bill Nelson said in televised comments after the scrub. “This is part of the space business.”

Astronaut Victor Glover said the decision to scrub was “absolutely the right call.”

“This is not a letdown,” Glover told reporters here after the scrub. “This is understanding how these things work, these really incredibly complex machines that we want to try to integrate human beings in.”

If NASA has to roll Artemis 1’s SLS rocket back inside its Vehicle Assembly Building hangar for repairs, the launch will slip to October, Nelson said. NASA already plans to launch four astronauts to the International Space Station on SpaceX’s Crew-5 Dragon mission in early October, so an Artemis 1 launch that month would be later in the month.

Artemis 1 does have a launch windows in mid-September, but NASA would likely have to push to mid-October due to the time needed to roll back and forth between Pad 39B and the Vehicle Assembly Building, mission managers have said. That October window opens on Oct. 17 and closes on Oct. 31, with cut outs between Oct. 24 and 26 and on Oct. 28. You can download NASA’s full Artemis 1 launch availability calendar (opens in new tab) (PDF) to see all launch opportunities through mid-2023.

Artemis 1 is NASA’s first test flight of the Artemis program to return astronauts to the moon by 2025. This mission is an uncrewed test of the Space Launch System, NASA’s most powerful rocket ever, and its Orion spacecraft to make sure both vehicles are safe for astronauts.

Once launched, Artemis 1 will spend just over a month flying to the moon, looping Earth’s natural satellite in a long orbit, and then returning to our planet for a splashdown in the Pacific Ocean off the coast of California.

« The Bitcoin bottom — Are we there yet? Analysts discuss the factors impacting BTC price » Poloniex, Bittrex Want Kyle Roche’s Law Firm Removed From Class-Action Against the Exchanges