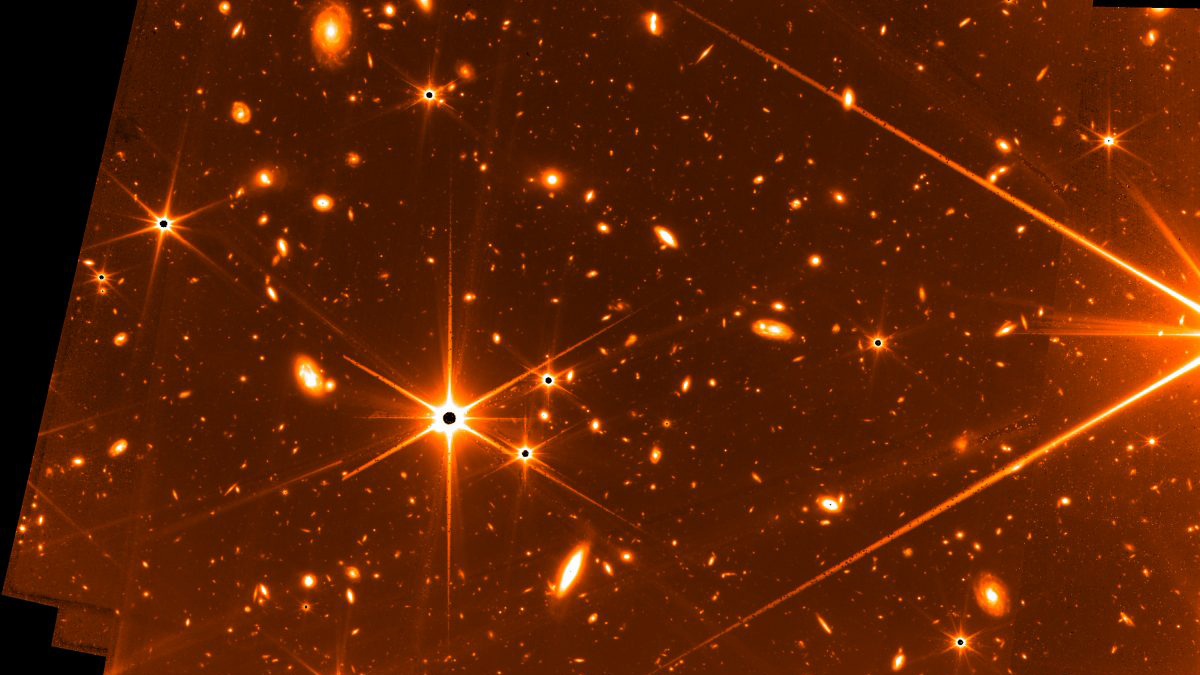 NASA will unveil the first science-quality images from its next-generation James Webb Space Telescope on Tuesday (July 12). You can watch the event live here on Space.com courtesy of the agency beginning at 10:30 a.m. EDT (1430 GMT).

As highly anticipated as these images will be, they aren’t the first photos from the massive space observatory. The James Webb Space Telescope, also known as JWST or Webb, launched on Dec. 25, 2021, and since then, NASA and its partners on the project have offered tantalizing peeks at what is to come.

The image above, which NASA released on Wednesday (July 6), represents 32 hours of observing time from JWST’s Fine Guidance Sensor. That device is not one of the telescope’s four key science instruments; instead, it keeps the observatory pointing steadily at its target. Still, the image is the deepest field ever captured — a superlative that NASA Administrator Bill Nelson hinted one of the formal first images would steal.

We’ll be updating this gallery live on Tuesday to share the official first images as they are unveiled.